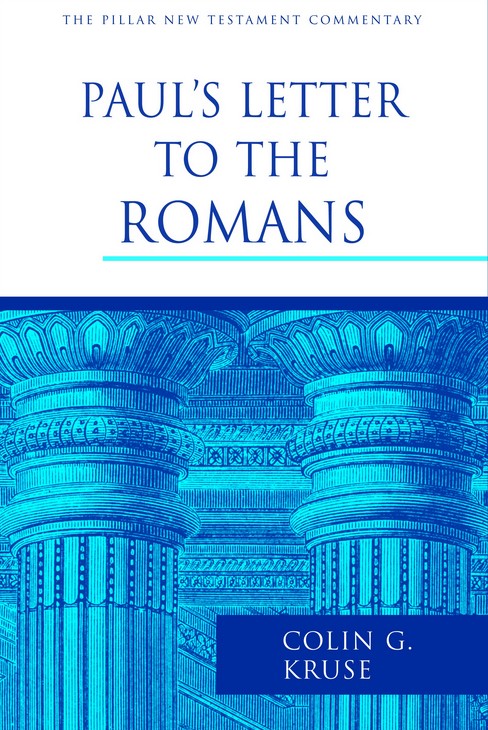 The back pages of the June 2013 issue of JETS contain some very helpful book reviews. As usual, reviewers alerted me to a couple of books I need to read, and tipped me off to a number of books I should definitely skip. In some cases, just reading the review was enough to fill me in on the recent direction of certain discussions, especially in biblical studies. Good reviews are worth reading in their own right, without any necessary reference to the books under discussion.

I had a moment of insight while reading one review, Paul Rainbow’s appreciative take on the 2012 Romans commentary by Colin Kruse in the Pillar Commentary series. This 600-page resource, by the way, is currently on sale for less than $3 on Kindle.  Go ahead and go buy it, I’ll wait until you get back.

Rainbow gives Kruse’s commentary “a hearty recommendation” as “a handy, up-to-date reference source for busy clergy and a sound guide for students, without becoming too hefty.” In 3 pages, Rainbow surveys Kruse’s overall approach to commenting on Romans. He reports on how Kruse identifies the theme and purpose of Romans, how he interacts with previous commentators, and how he navigates “new perspective” issues.

Two paragraphs on the final page of the review stand out. Here, Rainbow begins to discuss some larger issues of the theology of Romans, and in particular he focuses on “the important distinction in Romans between the juridic (positional, static) aspect of righteousness (to the fore in Romans 1-5, with recurrences in 8:1, 33-34; chaps. 9–10) and the existential (chapters 6-8; 12-14).” Kruse gets this, he says, “but not always.”

Now this distinction –juridic as opposed to existential– is a far-reaching one that you can’t say is exactly offered in those terms by Romans itself. It’s more of an observation about how the language in Romans functions, about how to parse “righteousness” in the two different ways Paul talks about it. Rainbow and Kruse agree about the necessity of making this distinction in order to follow the flow of thought in Romans. But Rainbow pushes for a different (as he thinks, more consistent) application of the distinction, and lists some places where Kruse takes the wrong road:

*The human race being “under sin” (3:9) means they are indicted on a charge of sin, not “under its power.”

*”Dying and rising with Christ” in 6:9-10 does not point back to Christ’s representative death for all, but to the mortifying and vivifying power of the risen Christ through the indwelling Spirit.

Never mind whether Kruse or Rainbow has the right end of the stick in any of those passages –I’m with Rainbow on the first one and Kruse on the third, I think. What strikes me is that the decisions to be made here involve not just close attention to the individual passages, but some judgments about Paul’s overall, implied theological system.

So it’s instructive that in the next paragraph, Rainbow takes  a step back and makes a remark about biblical scholarship more generally: “Like many fine biblical scholars, Kruse comments squarely on the text but can fight shy of a needed doctrinal synthesis.” Again, Rainbow backs up this general claim with a couple of examples of specific places where synthesis is required:

If it is true that the justification even of believers properly belongs to the last judgment and that they will be judged then by deeds produced by the Spirit in their lives, how exactly is present justification by faith alone related to that final event? Yes, God has predestined some individuals to salvation, determining those to whom he will show mercy; how, then, are the reprobate responsible for their own rejection of the gospel?

Systematic theologians should pay attention at exactly this point: when good exegetes come to the place where all the evidence is on the table, and what is needed is some kind of over-arching argument or schema that reconciles them, orders them, synthesizes them, or articulates the underlying unity and distinction. I think Rainbow is saying that this task actually belongs on the job description of biblical scholars themselves, and he may be right. But as a systematic theologian, I know for certain that it belongs on the theologian’s job description. Systematic reflection at the points where consideration of the text itself cries out for synthesis: that’s exactly where systematic theology can help exegetical theology.

A final remark, though it’s not my main point, on Kruse’s actual commentary: as Rainbow notes, “a Reformed theological perspective informs Kruse’s interpretation, with the result that he marches in rank with Moo and Schreiner.” So it may be that where Rainbow sees a lack of synthesis that “can leave readers dangling,” Kruse is in fact operating with an implicit theological synthesis that he finds quite satisfactory and expects his readers to be able to intuit, if only they know their catechisms.