The artist known as Phoebe Age Nine has been working on this piece for a while. Every few days her friends, fans, and gallery agent have been asking, “Is the Cat Card done yet?” The terse but unworried answer has been, “Not yet. There’s still space on it.”

We were beginning to worry that the Cat Card would be to Phoebe Age Nine what The Rose was to Jay DeFeo: an unfinishable obsession, a personal statement that resisted closure indefinitely.

But today, the Cat Card was brought out of the studio, and here is our first look at it. Measuring a mere three inches by five, it is nevertheless a major work. 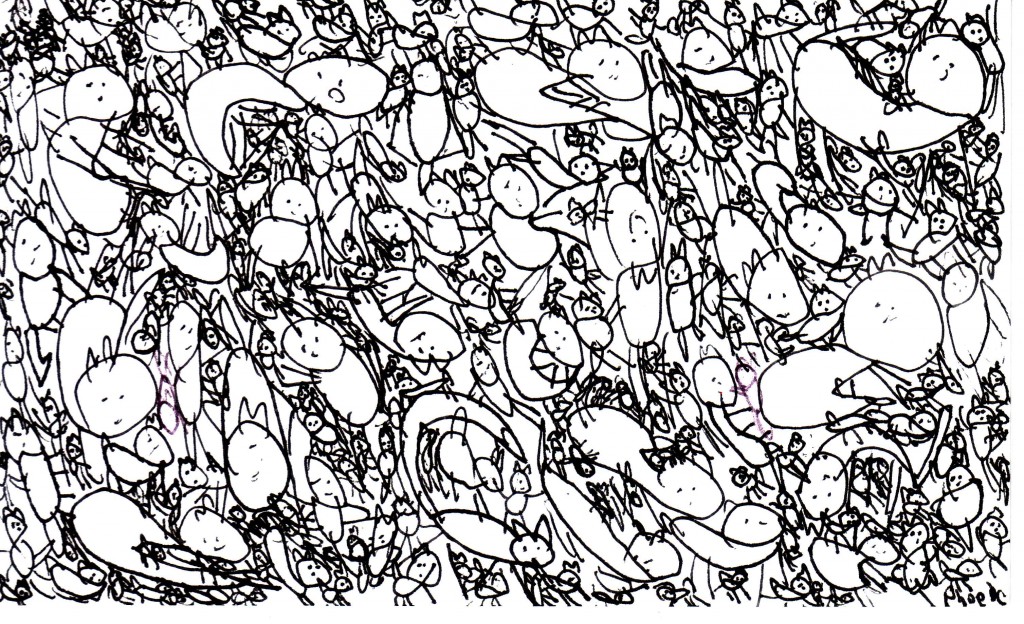 Many are the splendors of the Cat Card. Squint your eyes at it and you see the tides of felinity ebb and flow across its surface. This is not an animated gif; the motion you sense is derived from the gambolings and cavortings of the innumerable cats.

If you stare too deeply into the Cat Card, you find it stares back into you. But if you look away, it goes away with you, revealing the entire world as nothing more or less than the world outside the Cat Card.

A detailed look lets us examine the variation in cat size that is one of the main dynamics of the Cat Card. Try to disentangle the limbs of the cats, and you note that they are sharing lines among them in various ways. An ear is also a leg, but a leg is also a tail, or several. 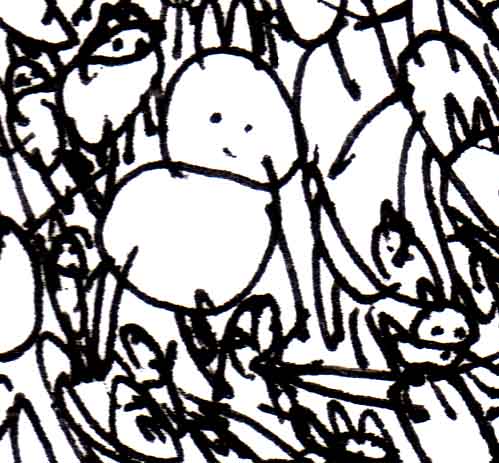 Another detail shows that in a few places Phoebe Age Nine departed from her normal black-line markmaking, making cats from more ghostly lines. The exception reinforces the rule, drawing attention to the solid wall of black marks. 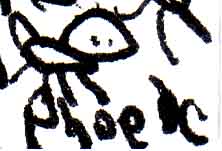 In an uncharacteristic move, the artist signed this composition, perhaps signifying that it is a uniquely emblematic work. The cat above the signature is somewhat more geometrically regular than the other theriomorphs on the card.

There was also a rough draft of the Cat Card, also 3×5, and fully realized in its own way, but mostly unscannable in its feathery graphite wispiness. 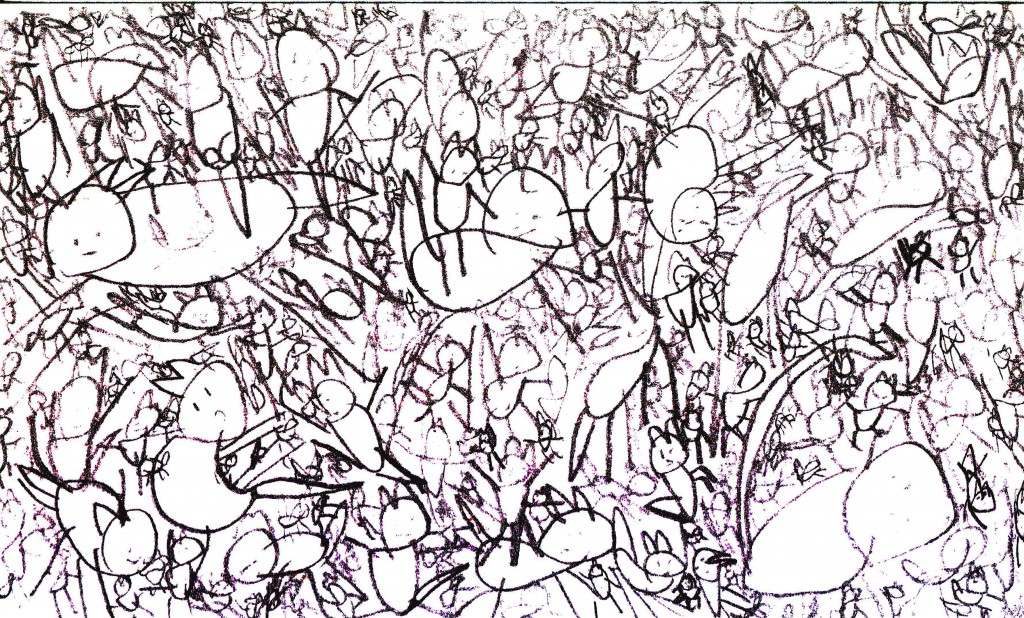