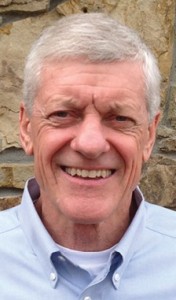 Bob Warren died this week, and I’m remembering the four years I spent studying the Bible with him in the late 1980s.  Bob was a Bible teacher in Hardin, Kentucky, just a few miles down the road from Murray State University, where I went to college. He did some hog farming as well at that time, and ran a ministry called B.A.S.I.C. Training (that’s Brothers And Sisters In Christ). Every Tuesday night, students and locals from a variety of churches would drive out to “the hill” in tiny Hardin to share worship and hear Bob teach from the Bible. In the 25 years since then, I’ve been glad to get the ministry’s newsletters and see regular reminders that the ministry has continued steadily, expanding into a retreat conference center and more. 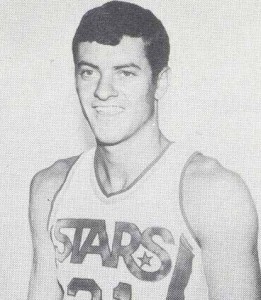 But the Bible-teaching, hog-farming, ministry-running Bob Warren that I knew in the 80s had had a previous life: he had been a basketball player of some note. A college ball standout at Vanderbilt, he went on to play for the Los Angeles Stars and the San Antonio Spurs. He played alongside George Gervin, guarded Julius Erving, and was friends with Pete Maravich.

For a good, brief account of Bob’s sports career, see this 2013 story in the local paper.  The author, Duane Bolin, also manages to cover Bob’s friendship with Perry Wallace, the South East Conference’s first African-American basketball player, and the thing that Bob’s life would make no sense without taking into account: his conversion to Christ.

Bob was genial but intense, especially when teaching. I once saw him hold an entire room of student athletes spellbound for several minutes by simply repeating the phrase, “do you know Him?” with mounting seriousness and concern.

For several years he drove a Volkswagen bug, which I suppose is only a punchline if the driver is the size of a professional basketball player. He had a message about that car. He said that it was paid for and it worked, and that even though he had to fold himself up into a little tiny version of himself in order to get in it and drive it, he would rather do that than stop reading the Bible.

“Wait,” his audience would say, “what’s that about not reading the Bible?”

“Well,” Bob would muse, “whenever I think about getting a bigger car, I think about how many hours of work it would take me to earn that money on the job. Then I divide that number of hours by 30, which is how long it takes me to read straight through the New Testament. Then I ask myself if I want a new car bad enough to miss reading the New Testament that many times. Then I fold myself up and get back into the bug.”

As I said, intense.

The first year I spent studying with Bob was the most important for me. I had only been a believer for a couple of years, and while I understood repentance and forgiveness and peace with God, and was living in a wonderful season of fellowship with God, I had a very weak theological grasp of grace itself. I certainly wouldn’t have said I was earning salvation, but I’m afraid I might have said I was maintaining it by good works and earnestness. Mainly I was confused and incoherent on the subject; the gospel just hadn’t really sunk in to my thought patterns yet. Bob cured me of that. Verse by verse, straight through Hebrews and Romans, week after week, he laid out the plain meaning of Scripture and showed me how to apply it (“life it out,” as he said). I learned more things from Bob, but nothing equals the reorientation he gave me at a crucial time.

Bob’s teachings are available through the BASIC ministry. I now see that his doctrinal positions can be categorized as basically Keswick spirituality, non-Calvinist Protestant soteriology, and premillennial eschatology. He pursued these emphases with varying degrees of enthusiasm over the years, but he never lost his balance because the main thing he wanted was to be studying the Bible and applying it to the lives of believers.

This week I pulled out a college notebook and found the page where I had copied out some marginal notes under the heading “Things Bob Said.” They certainly don’t capture his full range, but as I read them I could hear his voice and accent, so I think they give some of the flavor of his teaching style. He leaves a great legacy in that corner of Kentucky and beyond.

This Jesus that lives in me? He’s coming back.

God is looking for men and women who tremble at his word. (Isaiah 66:2)

This Christianity that I’m coming to know will fly.

Unity is not absence of conflict.

Ecclesiastes 5:10 says “He who loves wealth will not be satisfied with wealth.” Only one word inserted here can change the outcome. That word is a name.

If I could understand what happened to me the instant I gave my life to Christ, I’d be a ball of fire all the time.

Pretend you’re a new Christian and you know no theology.

The strictest legalism leads to the greatest license.

Here’s a heresy: the idea that if there’s sin in your life, you should come forward while we sing three stanzas of Just as I Am, and we’ll pray, and you’ll leave here clean.

How can anyone see a litter of pigs being born and not believe in God?

Izzat the “four” spiritual laws? Is that how many there are?

John 3:16 isn’t enough. You’ve got to know what happened at salvation besides forgiveness.

If they hang me by my toes, I’ll preach this upside down.

It takes the Spirit of God shining on the Word of God to allow you to hear the Voice of God which brings about faith: the Gift of God.

I used to think there were areas in my life I could hide from God; then I found out that I can’t even hide them from my friends.