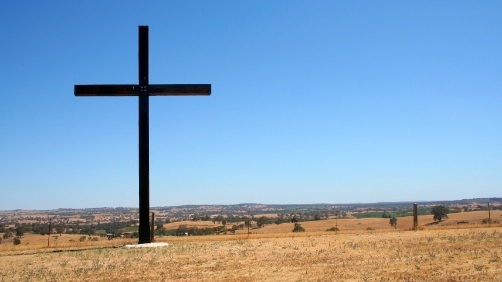 One thing I learned late, growing up in my evangelical Christian community, was the rhythm of the church calendar. It always struck me as a little odd, when I was a kid, that we would interrupt our regularly scheduled sermon series on a Pauline epistle for a three-day celebration of our Lord’s death and resurrection. When Christmas preparations began in September (especially for choir kids like me), why did Easter seem to be relegated to such an emphatic second place?

Not until I was led (initially by sheer dearth of options) to attend an Anglican church during graduate school, did I encounter a different way to think about preparation for Christian celebration. In a traditional church calendar, advent and lent fulfill the same purpose. Both are times of abstinence, times of meditation and withdrawal from the distractions of the world, which prepare us for the celebration to come. This is because both the incarnation and the crucifixion are deep mysteries, and both are only partly joyful, are only joyful because a great and difficult thing was accomplished on our behalf. The incarnation is a profoundly joyful event from our perspective, but for Christ it is a moment of ultimate self-emptying. In becoming incarnate, the divine and eternal Word chooses to take on the wretchedness of the creatures he made to be so much more than they have chosen to become. As we enter into the longing of Israel awaiting their Messiah, and contemplate Christ’s submission, we are sobered in the only way that can make us truly, fully joyful at his coming.

One of my favorite John Donne poems centers on the fundamental unity of the incarnation and the crucifixion, because the two events are, of course, about each other. Neither one even makes sense on its own. In the moment of the annunciation, there is a whisper of the cross, and there at the cross is Mary, weeping for her child. Any celebration of Christmas is, too, a celebration of Christ’s death and resurrection, and every celebration of Easter is a celebration of the Son of God made man. Donne writes:

Death and conception in mankind is one;
Or ’twas in Him the same humility,
That He would be a man, and leave to be;
Or as creation He hath made, as God,
With the last judgment but one period,
His imitating spouse would join in one
Manhood’s extremes ; He shall come, He is gone;

Both Christmas and Easter are celebrations, and both are hard celebrations. They’re events that we have to prepare for, or else face the possibility of missing their depths. How do we go about preparing? The practice the church prescribes for Easter is, of course Lent. But how is giving up chocolate for a month supposed to prepare me for the death and resurrection of my savior and Lord?

As I’ve read about Christian practices of fasting and abstinence, I’ve been struck by the surprising purpose they are meant to serve in the Christian’s life. Reading the works of early Desert Fathers like Evagrius and Cassian, the purpose of journeying into the desert, away from the world, was not to escape the temptations of ordinary life. Rather, these ancient Christians had discerned that the distractions of the world actually kept Christians from seeing and confronting their own sins. In the bright lights of the city, it’s easy to think that I’m doing well spiritually. It’s not until I try to sit in a quiet room for three hours without eating, listening to music, reading, or interacting with people that my appetites and my anxieties rise up in a clamor inside my heart. The sins that I don’t notice because I’m working, working out, being entertained and eating my fill, get loud when I extract myself from those distractions and petty satisfactions.

Lent is the practice of metaphorically going into the desert. Of simplifying the activities of life, leaving appetites unsatisfied, and taking a look at what’s really going on in there. But why would I do that? What’s the purpose of encountering my failures and sins? Often, evangelicals have rejected this practice because they mistakenly believe the purpose is to “get my act together” before Easter. I had a student come to my office recently and discuss the possibility of adopting some Lenten disciplines, but she wanted to know what would happen if she messed up, if she failed to live up to the discipline she aspired to. It strikes me that this is precisely what Lenten discipline is for. It’s a time for me to remind myself of precisely why I need a savior. When I get pushed to my limits and discover that I am not as good, as self-controlled, as kind under pressure, as faithful as I thought I was, only then I am prepared for a true reception of the greatness, the sacrifice, and the profound mystery that grace has been extended even to me.