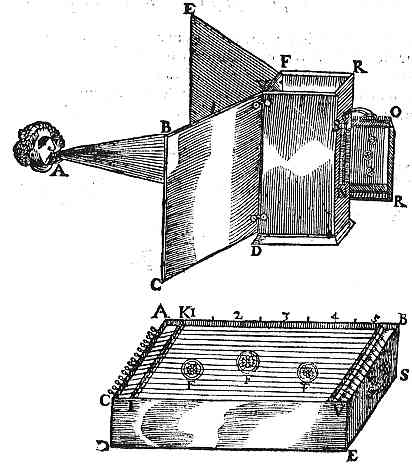 Samuel Taylor Coleridge was evidently fascinated by Aeolian harps, string instruments played by the wind without human intervention. Just as novelties they are fascinating instruments, no doubt, but Coleridge saw in them an emblem of poetry itself. In fact, in one of his early poems, 1795’s The Eolian Harp, Coleridge takes the wind harp as revelatory of the nature of reality: “that simplest lute,/ Placed length-ways in the clasping casement, hark!”

As Coleridge harks to the Aeolian harp it “pours such sweet upbraiding” sounds while “by the desultory breeze caressed,” but when the wind picks up speed, the harp’s music changes to “long sequacious notes” which “over delicious surges sink and rise.” The way a simple instrument is moved to music by the air itself causes Coleridge to exclaim:

O the one life within us and abroad,
Which meets all motion and becomes its soul,
A light in sound, a sound-like power in light
Rhythm in all thought, and joyance every where

Just as a breeze blows music into being on such an instrument, Coleridge says, thoughts blow through his open mind. He doesn’t think: ideas pass through him. As he lies on a hillside watching sun-beams dance, “and tranquil muse upon tranquility,” the ideas flow through him without him asking for them or holding onto them:

Full many a thought uncalled and undetained,
And many idle flitting phantasies,
Traverse my indolent and passive brain,
As wild and various as the random gales
That swell and flutter on this subject lute!

In such moments, as notions occur to him and the universe is thinking itself through the passive mind of the poet, it’s no surprise that some of those thoughts are at least vaguely pantheistic:

And what if all of animated nature
Be but organic harps diversely framed,
That tremble into thought, as o’er them sweeps
Plastic and vast, one intellectual breeze,
At once the Soul of each, and God of All?

Well, yes, “what if?” Over the course of his life, Coleridge’s thoughts moved in an increasingly orthodox direction on the big questions, and it’s hard to say if he ever made up his mind about whether the poet is mainly a passive recipient of nature’s power or an active craftsman whose “shaping power of Imagination” stamps life and meaning on the forms of objects. Is the poet a mirror for the glory of nature, or a lamp that projects glory onto the inanimate world? It’s an involved question for Coleridge, but one thing is always clear: a human who is fully alive will be porous, permeable in both directions, reciprocally open to give and take from nature, God, and All That Is.

Coleridge couldn’t keep his artistic mind off of the Aeolian harp: he returned to it briefly in an epiphanic passage of his poem The Nightingale and, at greater length, in his Dejection: An Ode. In the dejection poem, he wishes the lute mute, because it just moans in calm weather and screams in a storm. But in that poem, he has also convinced himself that the exchange between artist and environment is mostly one-way traffic from soul to world:

Ah! from the soul itself must issue forth,
A light, a glory, a fair luminous cloud
Enveloping the Earth–
And from the soul itself there must be sent
A sweet and potent voice, of its own birth,
Of all sweet sounds the life and element….
Joy is the sweet voice, Joy the luminous cloud–
We in ourselves rejoice!
And thence flows all the that charms or ear or sight,
All melodies the echoes of that voice,
All colours a suffusion from that light.

Sometimes Coleridge puts too much nature in the soul (“What if we’re all just wind harps!”), and sometimes too much soul in nature (“I put the colors in the rainbow!”). No doubt he found a way to put it all together in his own creative synthesis, under the influence of Kant, by the end of his long life. And maybe his “idle flitting phantasies” don’t tell us about art in general so much as they tell us about Romantic art. Or maybe there was only ever one real Romantic in the whole history of the world, and even he wasn’t a Romantic: he was Samuel Taylor Coleridge.