You should assume as a matter of course that at least once in your college career you will behold the blue screen of death or that your laptop will be either stolen or dropped down the fire escape or forgotten in Starbucks and that it will occur in the days before you must turn in a huge project that will determine your entire grade.  I personally have contracted CPU-freezing computer viruses, I have watched MS Word files that I had edited and edited spasm and then permanently refuse to re-open, I have witnessed my motherboard grind to a screeching halt, I have had to leave my desktop computer in a burning dorm, and I have dropped a laptop a half a flight of stairs (t and y were never the same again).  With this kind of history, it’s no wonder I got so paranoid in the final days of writing my 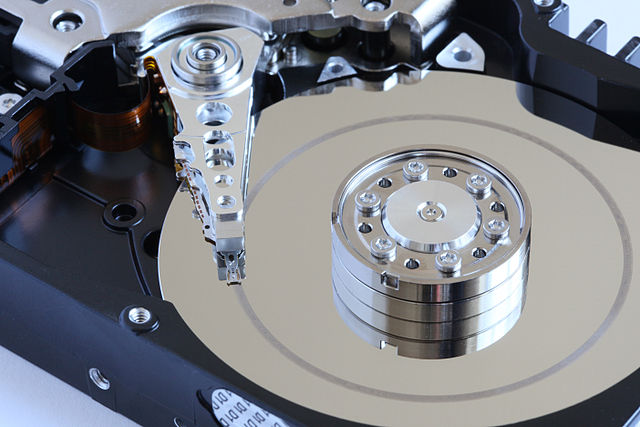 Ph.D. dissertation that I was backing up hourly to a remote location as well as on cd-rom daily. I also just backed up this paragraph (written on a temperamental mobile app while my baby daughter naps in my lap).
When it comes to data, here’s my rule of thumb: the number of days since my last back up is the number of days’ work I am willing to lose forever.

In the throes of the last days of my Ph.D., working to a deadline that couldn’t be moved, for me that number dwindled from a day to hours. Given the amount of editing I had done to those files, I think there were equal parts prudence and paranoia there, but living by such a reckoning in normal life is not only horrible, but data-foolish instead of data-wise.  If you think you need to backup every hour of your semester, or even every day, then you need to consider the Bible’s reminders on the limits of our control and careful planning.

Of course, Proverbs is replete with portraits of the sluggard (many of them hilarious) that condemn a lack of prudential foresight and commend storing up resources in cases of future scarcity, and even Ecclesiastes notes the prudence of guarding against loss.

“Ship your grain across the sea;
after many days you may receive a return.
Invest in seven ventures, yes, in eight;
you do not know what disaster may come upon the land…
Sow your seed in the morning,
and at evening let your hands not be idle,
for you do not know which will succeed
whether this or that, or whether both will do equally well.” (Eccl. 11:1-2, 6)

Even so, Proverbs also gives notes of warning about the limits of man’s plans (e.g., 19:21), and this is a strain that Ecclesiastes sounds again and again.

“I have seen something else under the sun:

“The race is not to the swift
or the battle to the strong,
nor does food come to the wise
or wealth to the brilliant
or favor to the learned;
but time and chance happen to them all.

“Moreover, no one knows when their hour will come:
As fish are caught in a cruel net,
or birds are taken in a snares,
people are trapped by evil times that fall unexpectedly upon them.” (Eccl. 9:11-12)

Most well-known is James’ warning that presuming upon the future is a form of arrogance (4:13-16).  Having a back up of your data is good planning, but regarding that backup as a foolproof guarantee is just plain foolish.  Backing up too often reveals a heart turning your work into an idol, and perverts the due diligence of the wise into a fool’s attempt to order your life as if you were a god.

But let’s be honest—it’s the rare college student who falls into this version of foolishness; the foolishness to which our dear students are prone is to never or to only randomly back up their data (which is often tantamount to not backing up at all since the day of the crash always comes life a thief in the night).

So being data-wise is more than having prudent backup habits, but it is not less than them.

How to do it

The best way to be wise with your data is to back it up weekly in two places via an automated task (thus risking less than a 10% total loss of data over a 16 week semester).  Backing up to an external harddrive that lives on your desk is great, unless a thief scoops it up along with your laptop or a fire or flood destroys both at the same time. Having a backup for your backup that is stored remotely—e.g., on your university’s server, on Google docs, or some other backup provider—guards against freaks of nature, freaks of technology, and freaks of human nature.

Local backups can be set up easily with the included backup software on Windows for PCs and with Time Machine on a Mac (which involves nothing more than turning Time Machine on and plugging in the hard drive).

Remote backups can be automated with free services like Mozy and Dropbox, or you can upload a zipped file of your semester’s documents to Google Docs or your university server first thing every Monday morning. Dropbox is simplest—just set up a Dropbox folder for the semester (Spring 2011) and add a shortcut to the folder on your desktop and drop everything in there. It will sync up to a server on its own. This will protect from a crash, but not rescue a corrupted file (since you’re now storing just one copy on Dropbox’s server).

Whichever you choose, the main thing is to choose a method that you will really use. If you know that you will never remember to manually back up your files every Monday morning, don’t use Google, use an automated system like Mozy or Dropbox paired with an automated backup to a local harddrive. Be a realist about yourself: if you’re not already a creature of disciplined habits, you’re not going to become one this semester all of a sudden, so put in some time and then let the software take over.

Finally, even though you are asked to deliver products like papers and projects that can be lost, computer crashes that lead to bad grades can’t undo the best fruit of the work you’ve done because your learning can’t be reduced merely to what you produce. The Bible teaches us to be wise not so that we can avoid all risk and guarantee all prosperity, but so that we become the kind of people who flourish even on the day of the crash.