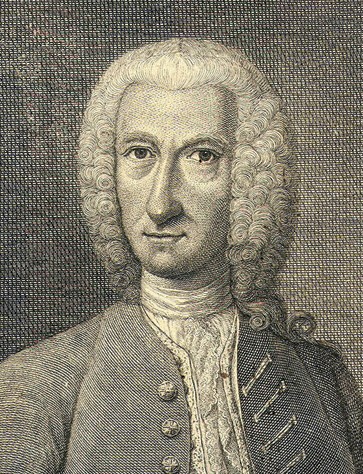 Anti-trinitarians generally disagreed with that claim, and in various ways they argued that the Bible taught no such thing. When the Socinian movement arose in the sixteenth century, the churches rejected its theology as being a late revival of the same old anti-trinitarian heresies that had circulated since the fourth century. But Socinianism was different from earlier varieties of anti-trinitarianism in important ways. As a development of early modern thought, it was more rationalist, more literalist, and more committed to the liberationist task of breaking ecclesial authority than any of the ancient heretics could have been. It was also, as a movement of biblical criticism, more hermeneutically self-aware. As Klaus Scholder has argued, “Socinian criticism was aimed less at the content of dogma than at its presuppositions. And to the degree that the alteration to these presuppositions penetrated consciousness generally, the danger and influence of Socinian ideas increased” (Scholder, The Birth of Modern Critical Theology, p. 28). The Socinians weren’t just finding different doctrines in the Bible; they were generating entirely new ways of reading the Bible.

The alternative approaches to the Bible scouted out by the Socinians were perfected by Hermann Samuel Reimarus (1694-1768), a German writer whose biblical criticism, published posthumously (and at first, anonymously), caused a big stir in the Enlightenment.

From this distance, what stands out most prominently about Reimarus (especially the highly influential long section entitled “Concerning the Intention of Jesus and his Teaching”) is the way he drove a wedge between Jesus and the apostles. According to Reimarus, Jesus was great, and believed what Reimarus believed. But the apostles were the ones who overlaid his simple message with a mess of metaphysics, church authority, and priestcraft. Here is a key sentence (I’m quoting from Reimarus: Fragments, ed. Charles H. Talbert (Philadelphia: Fortress Press, 1970):

I cannot avoid revealing a common error of Christians who imagine because of the confusion of the teaching of the apostles with Jesus’ teaching that the latter’s purpose in his role of teacher was to reveal certain articles of faith and mysteries that were in part new and unknown, thus establishing a new system of religion.

If not “articles of faith and mysteries,” what did Jesus actually teach? “He urged nothing more than purely moral duties, a true love of God and of one’s neighbor…” 71

Reimarus is very clear about what he opposes: the “main articles and mysteries of the Christian faith” are “the doctrine of the trinity of persons in God and the doctrine of the work of salvation through Jesus as the Son of God and God-man.” So he sets out to prove that they are not part of the teaching of Jesus himself. Of course Reimarus knows that terms like “trinity of persons” or “God-man” are not to be found in the mouth of Jesus; but what does require some explaining are the following: “in what sense he is called Son of God, what the Holy Spirit signifies, and finally, what it means when Father, Son, and Holy Spirit are joined together during baptism.” (76)

This meaning is so obvious that any other interpretation is unscriptural, new, and unprecedented if it makes the Son of God a person whom God begot out of God’s being in eternity, and who in turn with the Father who begot him produces yet a third divine person. The Old Testament, the Jews, the evangelists, do not know such a Son of God, and Jesus himself does not present himself as such; it is, rather, the apostles who first sought something greater in this term. (84)

If “son” means “beloved,” what could have led the apostles to seek “something greater” in the word? Reimarus has an answer that he claims will help demystify the biblical language: Jews talk big. It is characteristic of the Eastern mind that it expresses itself in grand and poetic ways that seize the imagination. This grandiloquent Jewish manner of talking must be borne in mind, or you will always mis-interpret what they are saying, making far too much of it:

How easily, from ignorance of the Jewish expressions, thought, and allegories, one can be misled into a completely unfounded interpretation and system. For one can be certain of this much: the Hebraic expressions of the Jews sound swollen and bombastic in the Oriental manner, and one might marvel at what great things seem to be hidden beneath them, but they always mean less than the words seem to imply. So one must learn to divest and strip them of their magnificence; then he will at last understand their speech correctly, and the history of the ideas that prevailed among the Jews will confirm that we have hit upon their meaning. (88)

So much for “Son of God.” As for “Holy Spirit,” what the Hebrews mean by that odd phrase is something like special talents and aptitudes that are part of your personality (that’s what “spirit” means) given to you by God (that’s what makes it “holy”).

So using Reimarus’ understandings of these words, we can say that when Jesus was baptized in the Jordan and the voice of God said “this is my beloved Son” and the Holy Spirit descended on him, this was a very flowery and dramatic way of saying that God loved Jesus a lot, and gave him special talents (95). No Trinity here, folks.

After all, said Reimarus, If Jesus had wanted “to expound this strange doctrine of three different persons in one divine nature, utterly unknown to the Jews, or if he had regarded explaining it one of a teacher’s duties, would he have kept silent about it until after his resurrection?”

Reimarus’ task is difficult, but he faces it squarely. He has to devise explanations and install them so plausibly that that when a believer turns to Matthew 28 and reads, “Baptize them in the name of the Father, the Son, and the Holy Spirit,” his readers will not see the Trinity right in front of them. If they have learned their Reimarus lexicon properly, they will instantly translate that formula into “baptize them in the name of the one God, who Jesus respects so much he calls him ‘Father,’ and in the name of the man who is especially beloved by God, and the unique charisma that God gave that man.”

Verse after verse falls before the momentum of Reimarus’ redefinitions. “I and the Father are one,” it turns out, “means nothing more than a mutual love which establishes a unity of spirit and will.” (97)

There’s a lot more in Reimarus that could be explored, but it is worth noting just how hard it was for this bright scholar to render the Trinity invisible to readers of the New Testament. He had to sever the Old Testament from the New, and Jesus from the apostles. With the canonical unity of scriptures broken, his task was easier, but he still had to deflate “Son of God” and “Holy Spirit” language, which he did by explaining how misleading we find the bombast of Hebrew ways of talking.

Dr. Reimarus’ prescription was clear: break apart the Bible, and minimize the import of the hebraized expressions found in its various books. Carry out these tasks well, and you can obscure the trinitarianism that the church has always found in Scripture, in the entirety of Scripture and the fullness of its ways of talking. His views were shocking in his era, but if anything’s shocking in our era, it’s how much his presuppositions form the standard practices of biblical scholarship as it is often practiced today. In his book Text, Church and World, Francis Watson anatomized “the antipathy towards the doctrines of the trinity and the incarnation which the historical-critical tradition has inherited from its Socinian roots” (p. 256). A lot of the major decisions about how to read the Bible in the academy, decisions which still guide the field of academic biblical studies today, were made early in the Enlightenment period and were made by anti-trinitarians, specifically for the purpose of being anti-trinitarian. The tools and techniques themselves –atomizing, dissecting, deflating, culturally locating– are neutral, and capable of being used in a wide range of investigations. Competent scholars today routinely use some combination of them in studies that tend rather to support than to undermine Christian theology. But Helmut Thielicke once remarked that “we need to remember that Biblical Criticism emerged in the form of a mortal attack, not merely on the mythical clothing of biblical faith, or on the excesses of popular piety, but more radically on the Christian message itself” (Modern Faith and Thought, p. 103).

We can be encouraged to see just how hard Reimarus had to work to construct hermeneutical moves that avoided the Trinity. And we can run his plan in reverse to give ourselves, even today, a better opportunity to perceive in the words of Scripture the truth of the Trinity: just read canonically for the big picture that spans the testament and binds prophets to apostles. And dwell on the words themselves until they exert the full power of their depth and comprehensiveness.