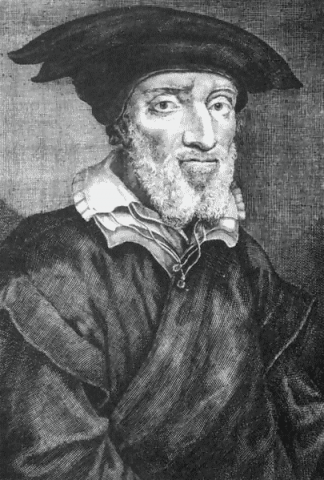 So much of theology comes down to strategy. That is, how does the gospel need to make its way into our lives and churches here and now? Liberal Protestant theology could use a good dose of the discontinuity. A little conversionist language, as well as more clearly defined categories for â€˜churchâ€™ and â€˜worldâ€™ would do liberalism some good. For fear of offense, out of a desire to be hospitable to nonbelievers, or from a commitment to recognize the Spiritâ€™s work outside the bounds of the Church, liberal Protestants frequently show a reticence to speak the language of â€˜lost and foundâ€™ and â€˜once, but nowâ€™. In such a context, the language of sin plays a prophetic role and calls people to confess the deep disruption which sin brings to Godâ€™s good creation.

Conservative Protestant theology has a different problem. Evangelicals are good at speaking of sin. One of the problems that evangelicals see in more liberal theologies is that these theologies are â€˜soft on sinâ€™. By not acknowledging or noticing the breadth and depth of sinâ€™s infiltration of the cosmos, theological liberalism fails to take seriously the need for grace shot through the world. This can lead to legalism, spiritual fatigue, practical atheism and despair.

But there is a way in which one can be too strong on sin â€“ or, rather, a way in which one can be too weak on God. To illustrate this, and to argue for the need to remember the continuity of creation and redemption, consider the example of Matthias Flacius. (Believe it or not, you can find him on MySpace here. For a brief bio, go here.) Flacius was a good Lutheran during the Protestant Reformation, and he wanted to take sin seriously â€“ so seriously, in fact, that he spoke of the sinner as being in the imago diabolus, the image of the devil. Strong words, but intended to speak of the depths to which we have fallen.

This was a bit much for the Reformers, who charged Flacius with Manichaeism when they assembled the Book of Concord. In other words, Flacius flirted with dualism in the suggestion that humanity had been hopelessly undone by sin. Here is where the continuity is called for. God has not abandoned his creation. Furthermore, God is not threatened by sin, as if they were evenly matched in a title fight. No, Godâ€™s creation is still â€˜very goodâ€™. In fact, it is because Godâ€™s creation is still â€˜very goodâ€™ that it â€˜groans and waitsâ€™ for all things to be made new. It is precisely our having been made good that causes our sin to sting. It we were entirely evil, sin would seem natural. It is because it is so unnatural that it is so excruciating.

Flacius stands, then, as a warning for theological conservatism. Humanity remains Godâ€™s good creation even in becoming (in another sense) evil, and it is Godâ€™s commitment to his creation that moves him to redeem it. â€˜New creationâ€™, then, is not creation fallen, destroyed and re-loaded. It is creation fallen, restored and renewed. This vindication rather than replacement of creation in new creation should remind us of our priestly mandate in the Garden to care for all these very good things that God has made. This stewardship means we are to orient all of creation toward its end of glorifying God by being all that God has made it to be.

That the new creation will flabbergast us is a reminder of how frustrated it has been and the glory that God has in store for it, and us. In short, there is continuity in creation and redemption. It is a hard-won continuity, calling for the death of the Son. But in that death, and in the Sonâ€™s resurrection, we see the faithfulness of the Father to his creation. And it is here, in the faithfulness of God, that the continuity of creation and redemption is grounded.