Draco Haiku, by Freddy back when he was Freddy Age Ten: 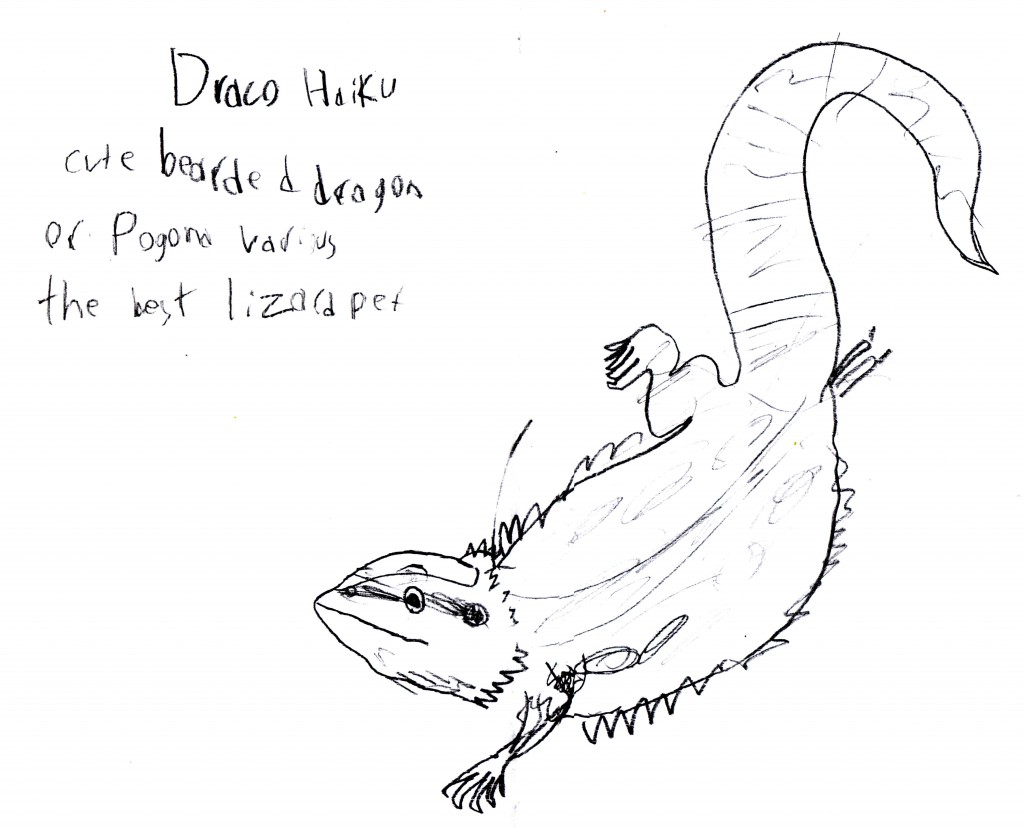 This simple haiku floats on the page beside a drawing of its subject, Draco the bearded dragon.

The drawing features a few long, powerful lines that trace the distinctive curves of the bearded dragon’s form. But those long sweeps are festooned with rickrack, jagged lines that indicate the dragon’s spikes and suggest the reptilian texture of its skin. Freddy Age Ten has also used some very light marks to add texture to the larger areas.

The second line of the haiku is an approximation of the scientific name of the species. The drawing, likewise, can partly be explained as a biologically correct observational study. The eye and the ear sit in close proximity on the head of the bearded dragon, and look a lot alike: this makes for bad cartooning, but great illustration. Freddy Age Whatever has always sought verisimilitude, even in more whimsical compositions.  It can’t be a good drawing unless it looks like a lizard.

But with such a bold overall composition, the key to the drawing is in the way the artist has  maximized a few of the smallest marks. Consider, first, the marks that are at the lowest point on the page, the ten hooked lines that cluster tightly together to form the claw of the dragon.

Second, a few jagged marks dance right at the crucial point where the body descends to the top of the head; this little V is the site of  a kind of tectonic collision between two of the major compositional blocks of the image, at the farthest remove from the sinuous simplicity of the tail.

Third, the straightest line in the drawing is the one indicating the animal’s mouth, and the artist has given it a tiny, nearly imperceptible upward tweak at the end. A smile. Stare at the line and it seems to straighten. Stare harder and it seems to grow more curvilinear, as if it would compete with the tail. Dare we compare it to the ambiguous smile of the Mona Lisa? Yes we dare. 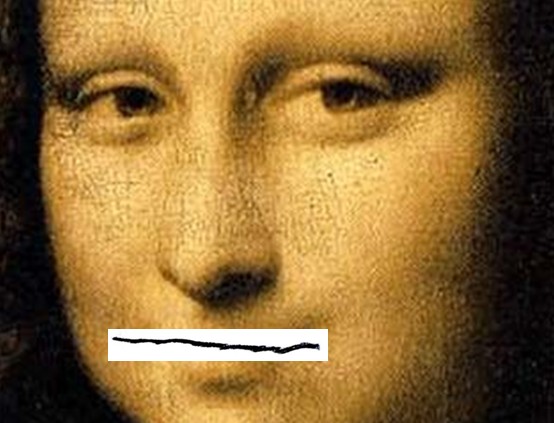 The point is, this is no grinning lizard. There is no sentimentalism in the way affection is expressed in this image of Draco; neither the artist nor the subject is in danger of mawkishness. But only a philistine would fail to see the depth of the love communicated by the not-straight line that rested on the face of the lizard, a not-straight line faithfully captured in the drawing.