Freddy Age Eleven is a prolific artist who draws dragons daily. His studio is littered with them, a hoard of sketches big enough to make Smaug jealous. But for Halloween, he undertook a collaboration with Sanders Consulting, a company that specializes in taking sketches and rendering them in full-scale three-dimensional models.

Here is the sketch Freddy Age Eleven provided for the project: 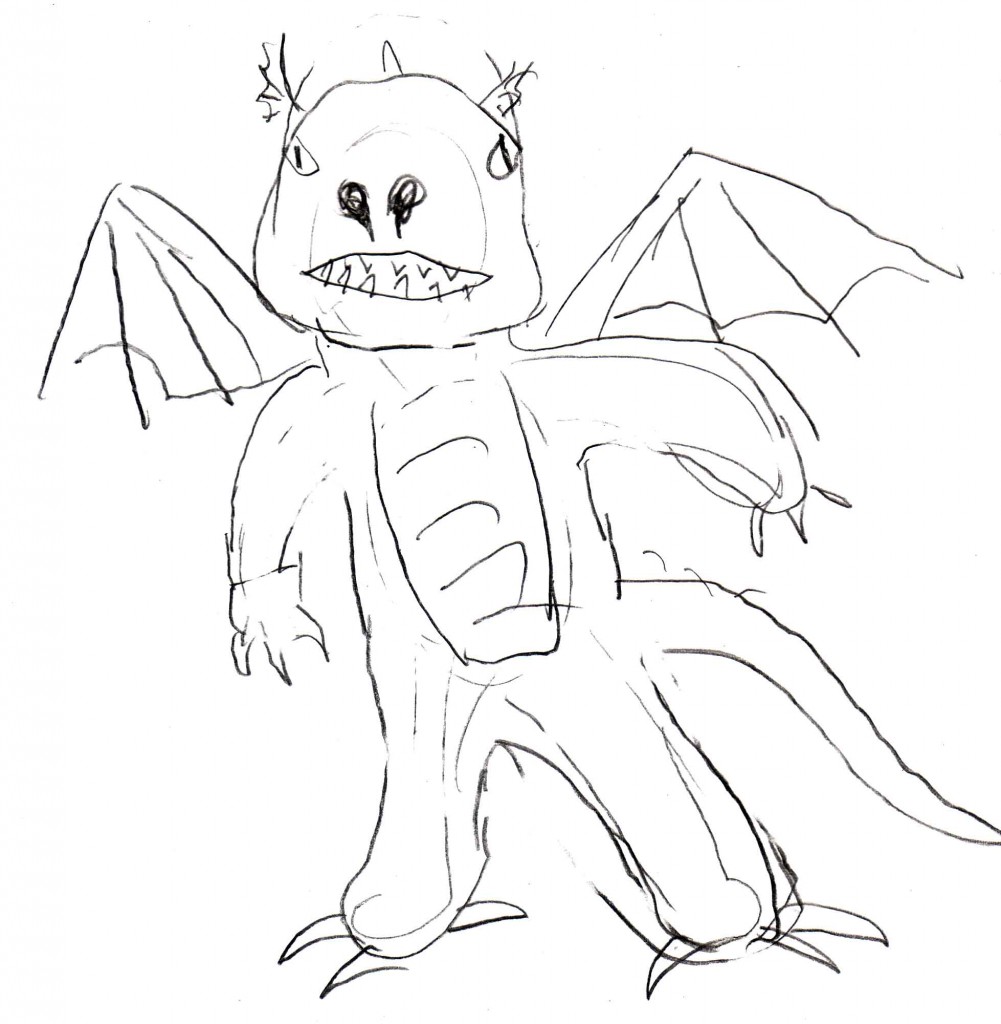 Artists are notoriously picky when they hand off their ideas to the craftsmen who carry them out in another medium. So Sanders Consulting also requested a side view with a little less jauntiness and verve in the gesture. The artist complied: 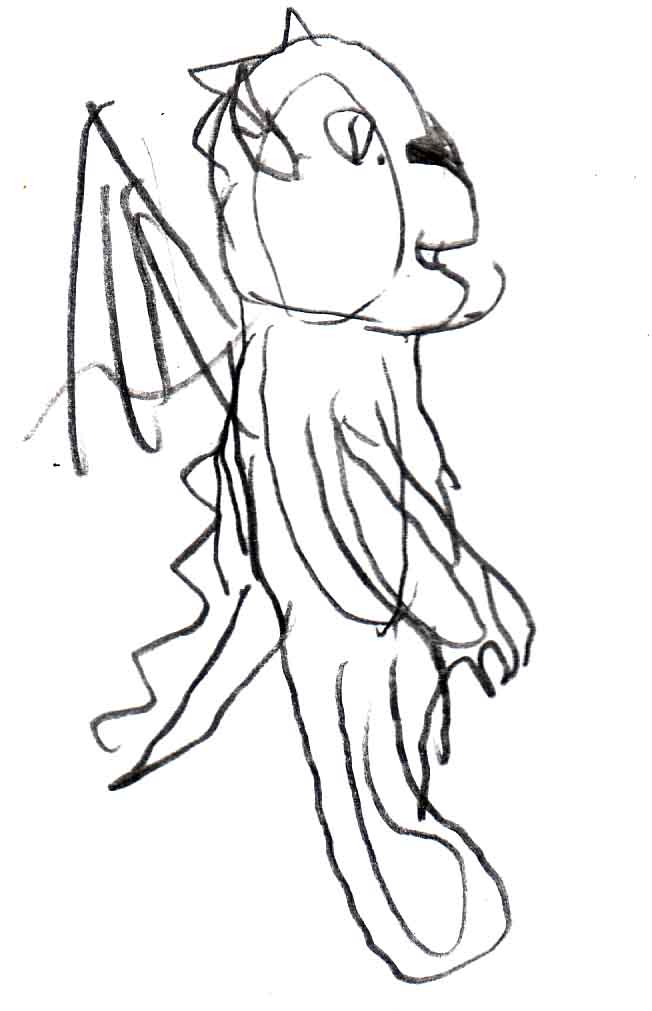 And a clearer image of the head was required as well, provided by the artist: 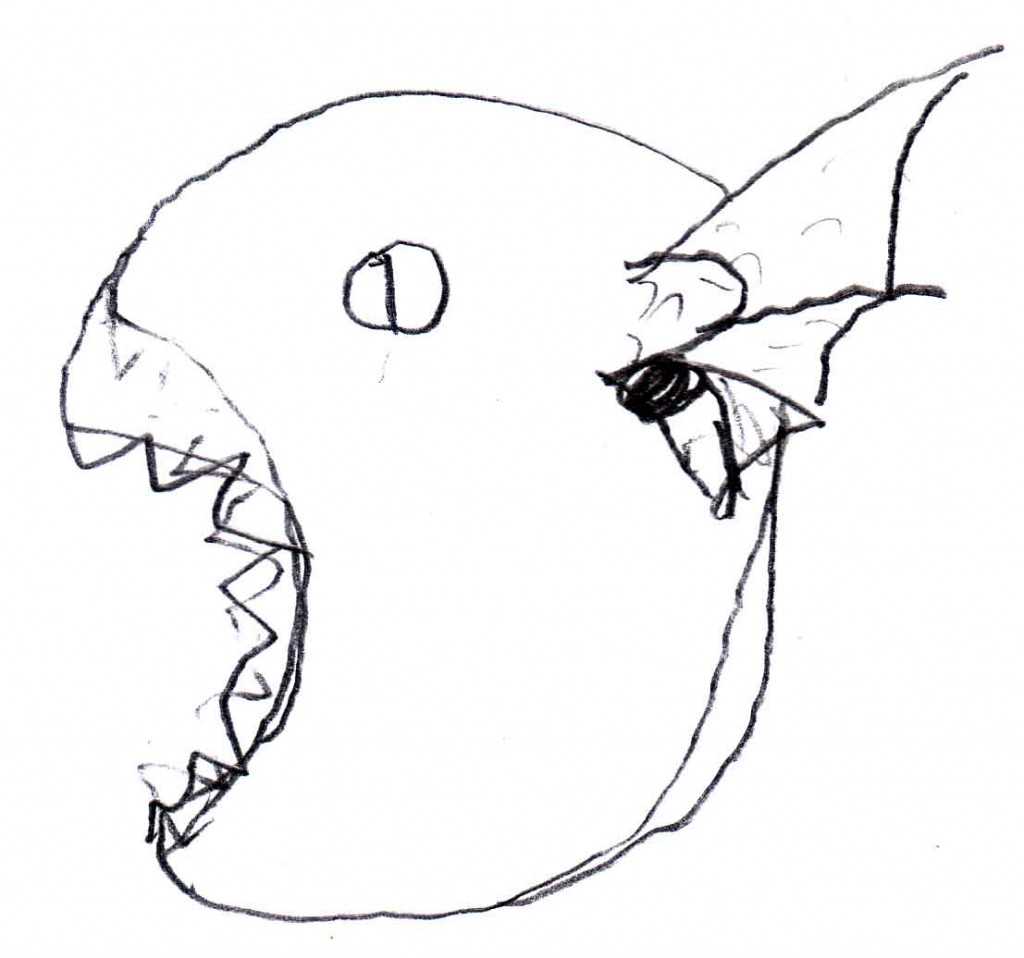 Sanders Consulting suggested constructing the headpiece on this model: 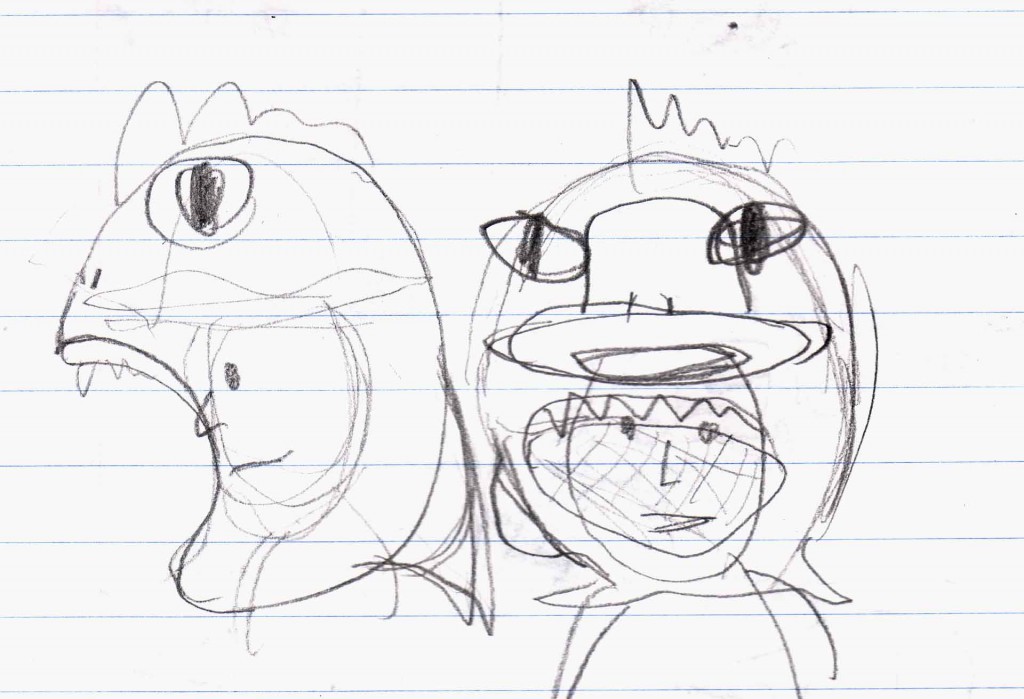 The basic idea is to build the head around a comfortable hat, with visibility provided through the mouth opening. This frees the designers to locate the non-functional eyes farther up the head, in compliance with the sketch. Artist and consultants came to an agreement, and the difficult task of constructing the dragon body was immediately undertaken.

The result, after a few days of expedited construction, was a satisfactory rendering of the dragon in a fully functional costume: 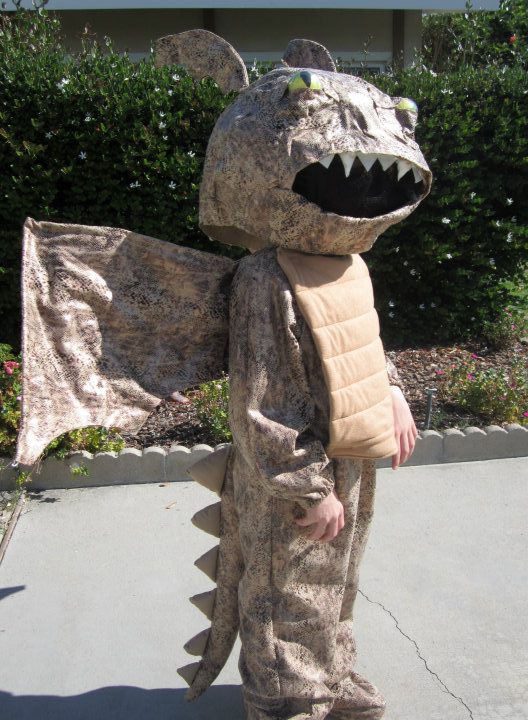 The durable costume can be worn for vigorous activity such as riding a scooter (a favorite activity of Draco Bipedus, the north American two-legged dragon): 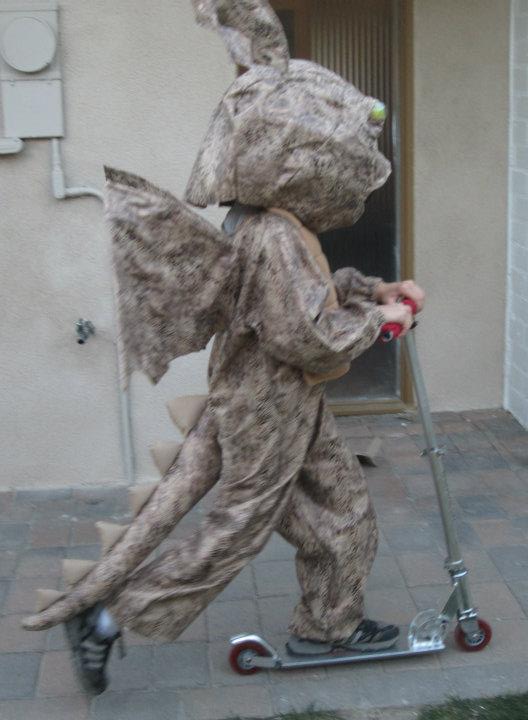 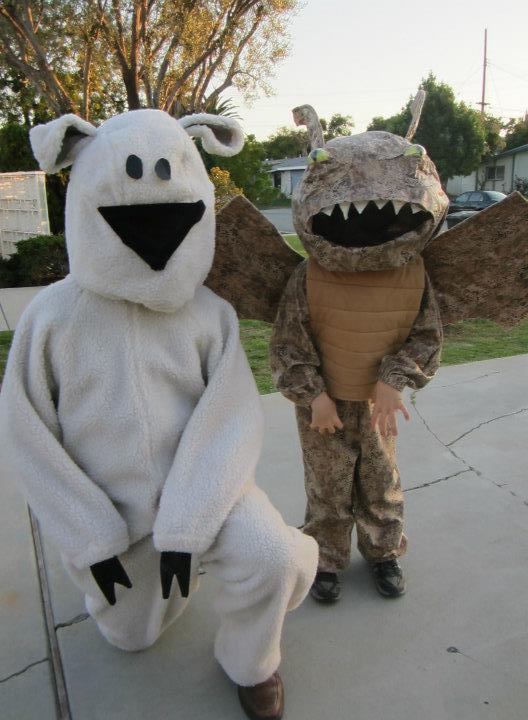