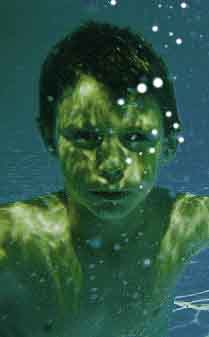 I’ve been describing “confession of sins” to my kids as agreeing with God about sin. Etymologically, that’s correct: greek homo (same) + logeo (say) = to say the same thing. Sometimes, of course, we just don’t want to say the same thing about sin as God does. He’s entitled to his opinions, of course, but we’d like to retain the right to describe our actions in more positive ways. In talking about this with kids age five and seven tonight during bedtime Bible reading, I was humbled by how open and tender they can be in describing things they know they’ve done wrong. In the course of our conversation, I remembered and shared a story from my childhood that, as it turns out, still haunts me whenever I think of it.

I must have been about eleven, and Edwin was nine. We played together a lot, but I didn’t like Edwin one bit. Several days a week, he stayed at our house until his mom got off work. Supposedly my older sister was babysitting him, but Edwin inevitably ended up following me around and doing whatever I did. I played a lot of tricks on him, but the funniest one I ever played was when I convinced him that I needed him to retrieve a metal washer ring from the deep end of the swimming pool. The joke was that it wasn’t really down there: when you looked down to the bottom of the pool, you saw the rust spot where such a ring had once stayed for too long, and it looked exactly like the washer was still there. Edwin wasn’t very smart, and he trusted and respected me, so it was easy to convince him to dive in to retrieve it. It was hard work for him to get to the bottom of the pool, and when he got there, he passed his hand over the washer to no avail. Hilarious! I could barely keep a straight face as he hung on the side of the pool, gasping for air, saying “I don’t think I can pick it up, Freddy.” But I was all encouragement, assuring him he could do it, that I was really counting on him to get that thing off the bottom of the pool so we wouldn’t get in trouble for leaving metal in the pool, and pointing out how easy it should be to just swim right down there and grab that thing that we could both see so clearly. So down he went, who knows how many times, and to this day I have the clearest mental image of Edwin at the bottom of the pool, desperately swiping his hand over that rust ring again and again, utterly baffled at his inability to grasp it.

It was the perfect prank.

But while I was standing at the pool side thinking “perfect prank,” God was in heaven watching the same events and thinking, “mean trick.”

I know a funny prank when I see one. I come from a family of jokers, and trust me, Edwin underwater trying to grab a washer that wasn’t there –that’s a funny sight. After the first three or four dives, it became a contest to see how many more times I could convince him to go after it, and each new dive was a greater test of my powers of persuasion or Edwin’s dimness and naivety. “Perfect prank,” I kept thinking, and if the idea of “mean trick” ever came near my conscious mind, I pushed it aside. As the game wore on, though, it became harder to ignore the truth.

I don’t remember how I finally lost my argument with God. Most likely, my older sister came out and caught me tormenting the kid she was supposed to be taking care of. No doubt she superimposed the “mean trick” interpretation on my “perfect prank” and finally made it stick. This would have been a most unwelcome prophetic oracle for me, since she was the very one whose bullying and mean tricks I was passing along to Edwin. But she was right, and God was right, and I was wrong. Not “perfect prank.” “Mean trick.”

The last thing I had to do was convince Edwin to adopt my view of things. I can’t remember if I convinced him to see the humor in the situation, or if I convinced him that there was just no solving The Mystery of the Phantom Washer. But I’m sure I talked him into something, because that was how it always went with Edwin. He was mentally pliable, easy to persuade, and very willing to believe anything I put some effort into telling him. He liked me and wanted friendship from an older boy. Even though I was in a divorced family, my Dad had made a much more stable life for us than Edwin’s single Mom had been able to make for him so far, and I noticed how overly-eager Edwin was for approval and acceptance. Maybe I accepted his adoration sometimes, but my strongest memories are of messing with his mind with pranks like the intangible washer.

I was eleven, and I stuck to the “perfect prank” story. But God knew that “mean trick” was the right name for it, and my conscience bore witness that God was right. Somehow, sometime, I ended up coming around and agreeing with God, confessing, saying the same thing about that phantom washer and everything else. It was too late to do any good for Edwin, but I worked it out with God. I wonder whatever happened to Edwin. I hope he met some nicer people somewhere than he met at my house. God knows I had a chance to help him and I did no such thing.

My kids understood the story I told them about Edwin, and even though they laughed about the phantom washer (see, I told you it was funny), they also understood that it was a mean trick that needed to be called sin, that needed to be forgiven. We weren’t able to articulate a clear connection to the death of Jesus, but we agreed that God knew how much it costs to forgive sins, and that the burden of making things work out was on his shoulders. We’ll make those deeper connections later; for now we know Jesus is the answer, and later on we’ll figure out how. 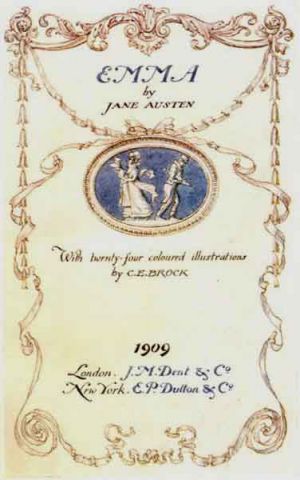 After tucking in the kids, I came out to the living room where my wife was resting up after hosting an Easter feast by watching Jane Austen’s Emma on Masterpiece Theatre. Within a few scenes, we were watching the scene I think of as the Box Hill apocalypse, where Emma has been a royal jerk at a social picnic, and Knightley finally gives her the stern words of correction she’s needed to hear through the whole novel: “Badly done.”

And with that, Dr. Jane Austen puts her scalpel to the disease of self-deception in her character and her readers: “Emma recollected, blushed, was sorry, but tried to laugh it off.” That’s the key moment in avoiding confession. Self-deception is cracked open by what C. S. Lewis called a moment of “undeception” characteristic of most of Jane Austen’s novels. But re-deception kicks in immediately. Emma saw the past in a new light, blushed, and was sorry, but “tried to laugh it off.” She excuses herself: “Nay, how could I help saying what I did? –Nobody could have helped it.” She minimized what she did: “It was not so very bad.” And she grasps at the chance that her insults had no effect because she was insulting somebody dumb: “I dare say she did not understand me.”

But Knightley calls it what it is (“Badly done”), and as Emma runs back through her mental tapes of her own behavior, she sees the truth: “mean trick,” not “perfect prank.” She’s not the sparkling wit around which bright constellations of clever people move, but a thoughtless troublemaker who is shallow, callow, feckless, and self-excusing, exploiting her many privileges for entertainment at the expense of the weak. As the tide turns and the waves of self-recrimination start to break on the shore of Emma’s quick mind, she finally starts agreeing with God about her conduct and motivations. In Austen, the language of piety is restrained, and Emma’s confession looks more like saying the same thing as Knightley than saying the same thing as God, but Austen fans who have eyes to see know what is going on here.

The phantom washer thing was not the perfect prank. It was a mean trick. God saw it perfectly and called it “badly done” all along. There are a lot of twists and turns you could follow to avoid agreeing with God about things like this, things much more important than swimming pool pranks and social insults at picnics. But God is so right that eventual agreement with him is inevitable. “Come, let us reason together,” he summons. “Though your sins be as scarlet, they shall be as white as snow.”