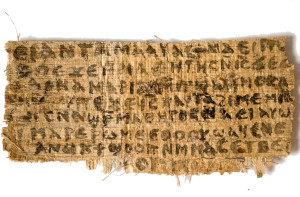 The inch-tall fragment of Coptic papyrus that includes the words “Jesus said unto them… my wife” has had quite a career so far. It’s got its own webpage at Harvard Divinity School; it grabs headlines and sparks imaginations; it got radiocarbon dated as “probably really, really ancient (probably);” and generally gets vastly more attention than could reasonably be expected for an artifact so dubious, partial, and late. It must have a great publicity team.

Real scholars will have to continue to do their work on the fragment. It may yet be exposed as a fraud; it certainly has a suspect provenance and pedigree. More likely though, no smoking gun of fakery will be forthcoming. I strongly suspect it will eventually find its appropriate level as a footnote to a footnote, filed under “weird things come out of the Egyptian black market, dude” by most scholars, while enjoying a long afterlife on the downmarket conspiracy-theory circuit.

But whether it ever earns a place in fourth-century (or earlier! hey!) history, this famous fragment has already earned itself a place in the history of twenty-first century pop religion reporting. Its image has been everywhere. And the more I see it, the more I think it looks like a breakfast cereal. It just looks a lot like shredded wheat. So here’s a helpful visual: 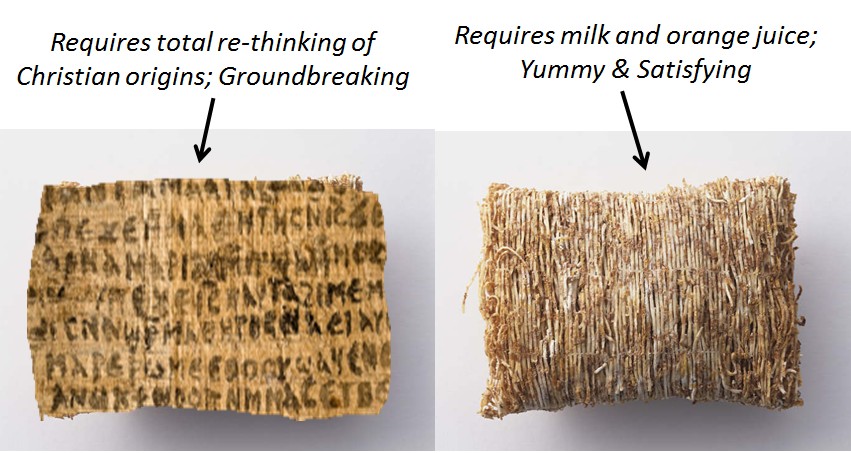 Actually, even more than shredded wheat, the Gospel of Jesus’ Wife looks like chex cereal. See for yourself: 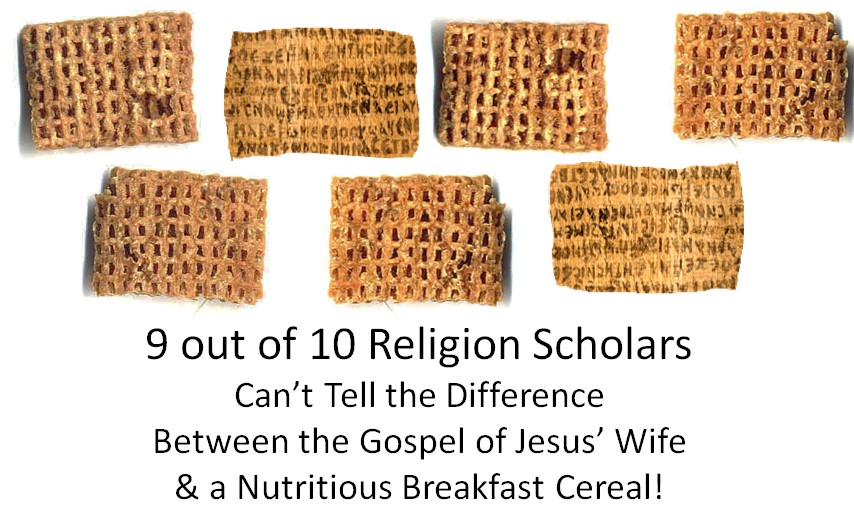 Scholars are, of course, divided on which breakfast cereal it most resembles. But one thing is certain: whichever breakfast cereal it looks like, we must fundamentally and immediately re-think everything we thought we knew about biblical truth and Christian origins as a result of this bit of burlap the size of business card.

Actually, I bet if I were to put it in your morning cereal bowl, you’d have a really hard time picking it out. Try your papyrological skills: We put five copies of the Gospel of Jesus’ Wife in this cereal bowl. See if you can find them all! Bonus: (There’s a sixth one in the spoon!) 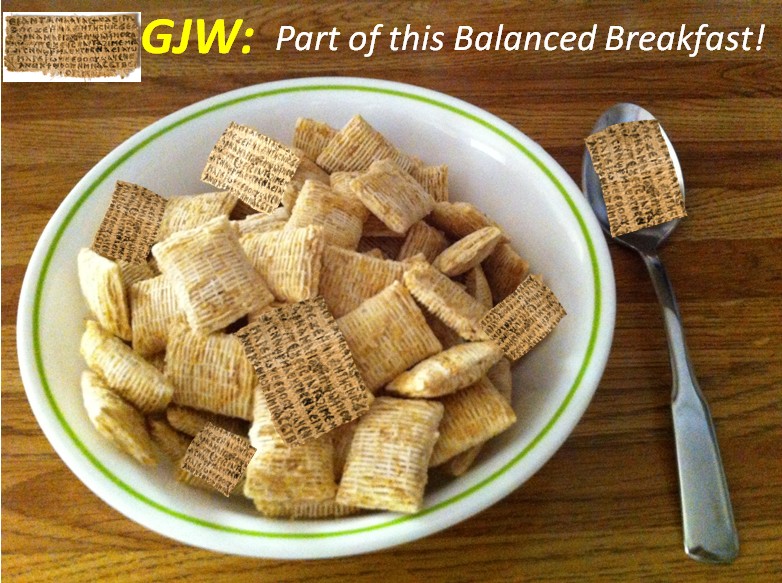