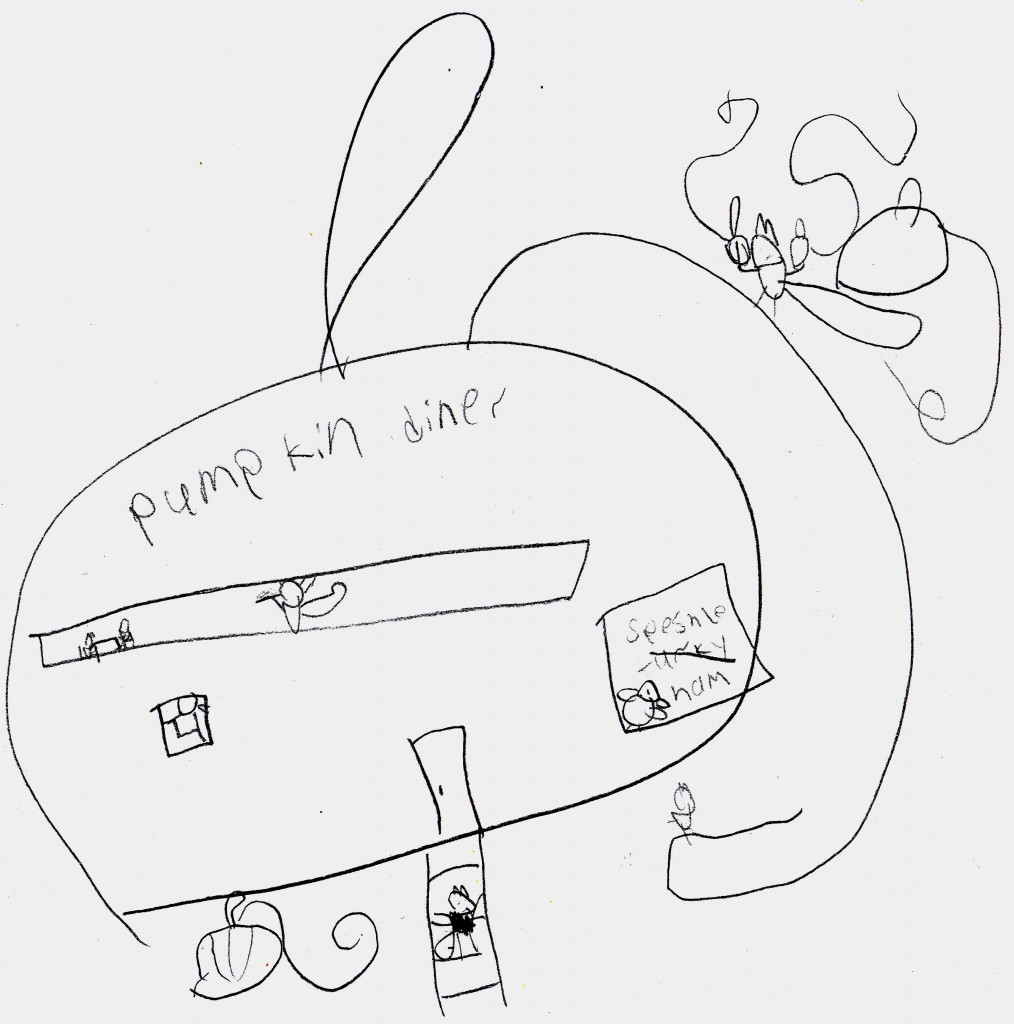 There’s an attitude of gratitude at the pumpkin diner, as the meals-with-friends-and-family part of the holiday kicks in. You can either be grumbly and hateful, or humbly grateful, so which is it gonna be? 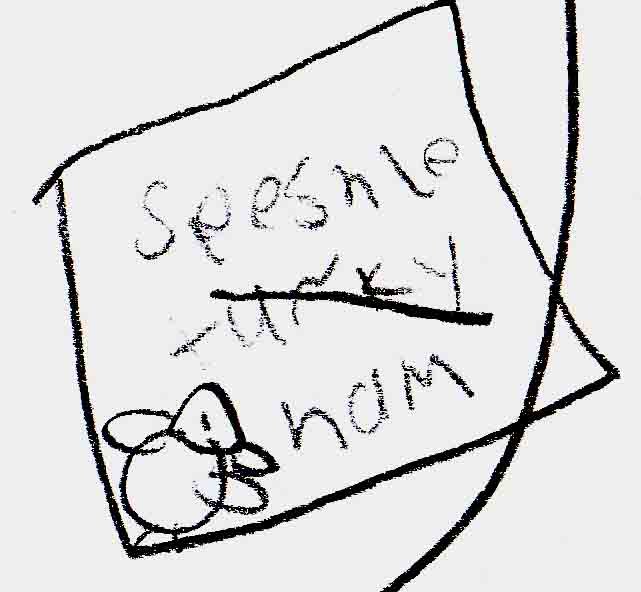 Today’s special speshle is turkey ham, according to the little bird who posts the menu.

This detail is a good example of the compositional technique used by Phoebe Age Eight throughout the entire piece. She uses a linear vocabulary that is dominated by swooping curves, like circles that have just barely come undone. But the curvilinear motif is punctuated with a judicious deployment of straight lines. By focusing on portion of the drawing centered on the placard, we highlight the straight lines (and of course note that they are not perfectly straight at all!) and see how well they contrast with the circles that compose the bird.

But the curvilinear motif really takes off in the upper right hand corner, where the cat chef holds a covered dish. Some delicious smell wafts out from under it with undulating lines, a stylized version of the classic cartoon symbol of odor. 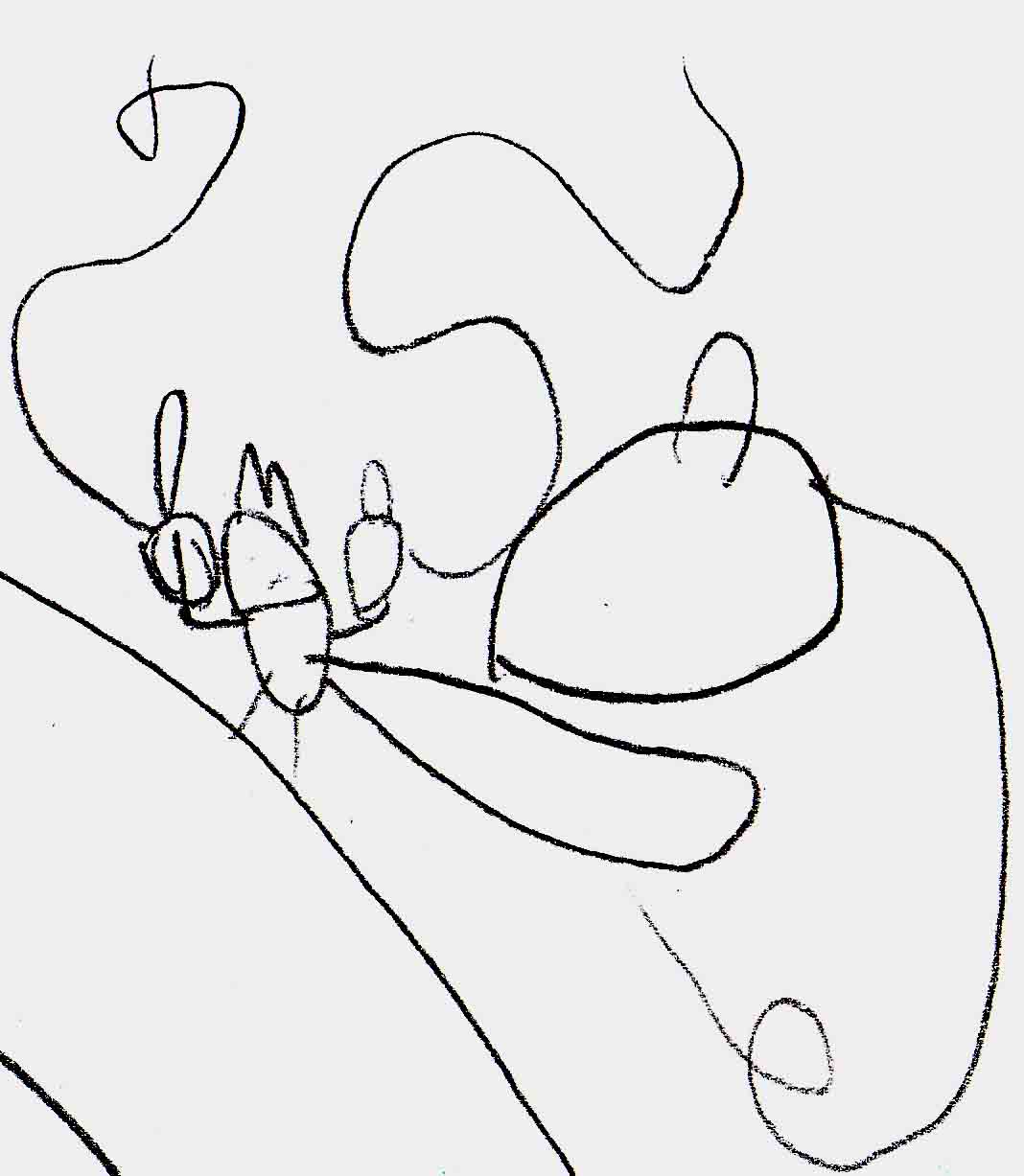