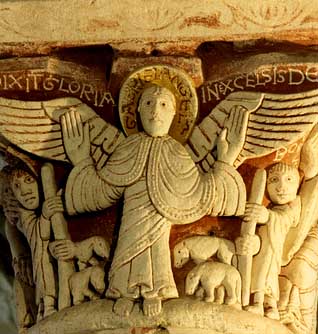 Glory to God in the highest,
and on earth peace among those with whom he is pleased!

On the other hand, maybe when the New Testament uses the expression “say,” it could leave room for a musical way of saying something. Paul seems to tell us to “say songs” in Ephesians 5:19 when he says we should “be filled with the Spirit, speaking to one another in psalms and hymns and spiritual songs, singing and making melody to the Lord with your heart.” So “speaking” or “saying” can be the right verb for delivering something musical.