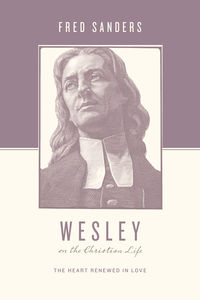 My book Wesley on the Christian Life: The Heart Renewed in Love is due out in just a few months (August 2013), and is already available for pre-order at Amazon. Crossway’s fine copy-editor has finalized the text with me, and I’ll be checking page proofs soon. I’m also gathering a few endorsements from generous theologians and historians, which I’m excited to share in due course.

I’ll be doing some promoting of the book this summer and fall, but having just finished reading through the text again, I can’t resist the urge to share a couple hundred words from it.

One aspect of Wesley’s approach to the Christian life is his emphasis on heart religion. That may be old-fashioned language, but I’m not sure quite what we would call it today, so I stick close to Wesley’s own usage, and do my best to commend this approach to the life of the believer. Here’s a little sample from chapter three of Wesley on the Christian Life (extra paragraph breaks added for your internet eyes):

This is the point of heart religion: not to put an impossible pressure on the experience (or even on the emotional life) of the believer, but to press home the need for spiritual reality. Heart religion is not about worshiping the heart, but about worshiping God from the heart. In the phrase “heart religion,” heart is a contrast term; it is opposed to formal religion, intellectualized religion, and moralistic religion.

What is formal religion? It is religion focused on externals, on “forms or ceremonies.” Wesley was not against outward decorum and a beautiful liturgy. He genuinely loved the Anglican liturgy and the Book of Common Prayer. But forms are only forms. “Supposing these [forms] to be ever so decent and significant, ever so expressive of inward things,” Wesley said, they would still not avail. “The religion of Christ rises infinitely higher, and lies immensely deeper, than all these.” The value of external forms is derivative, and in times of need they are even expendable. “Let no man dream that they have any intrinsic worth; or that religion cannot subsist without them.” Wesley was not anti-liturgical, but he knew from experience how liturgy could serve as a place to hide from God.

Similarly, Wesley was not anti‑intellectual, anti‑theological, or anti‑creedal, but here too he had personal experience with the way a clever mind can invest too heavily in doctrinal orthodoxy and twist it into a strategy for avoiding the presence of God. Wesley might even go so far as to say that orthodox creeds are necessary, but he would always insist that they were not sufficient:

“Although true religion naturally leads to every good word and work, yet the real nature thereof lies deeper still, even in “the hidden man of the heart.” I say of the heart. For neither does religion consist in orthodoxy, or right opinions; which, although they are not properly outward things, are not in the heart, but the understanding. A man may be orthodox in every point. . . . He may think justly concerning the incarnation of our Lord, concerning the ever blessed Trinity and every other doctrine, contained in the oracles of God; He may assent to all the three creeds,—that called the Apostles, the Nicene, and the Athanasian; and yet it is possible he may have no religion at all. . . . He may be almost as orthodox,—as the devil (though indeed, not altogether; for every man errs in something; whereas we cannot well conceive him to hold any erroneous opinion;) and may, all the while, be as great a stranger as he to the religion of the heart.”

Heart religion is a commitment to spiritual reality, an aversion to anything that falls short of reality, a shrewdness about all the places a religious person can hide from God, and a recognition that the heart is the organ of engagement with what is real.

Wesley: “Observe well: This is religion, and this alone; this alone is true Christian religion; not this or that opinion, or system of opinions, be they ever so true, ever so scriptural. It is true, this is commonly called faith. But those who suppose it to be religion are given up to a strong delusion to believe a lie, and if they suppose it to be a sure passport to heaven are in the high road to hell.”

Against formalism and intellectualism, against the “strong delusion” of mistaking ideas for saving faith, against a shallow moralism that substituted good works for true religion, Wesley and the other preachers of the evangelical revival stood in protest. “Go thou higher and deeper than all this! Let thy religion be the religion of the heart.”