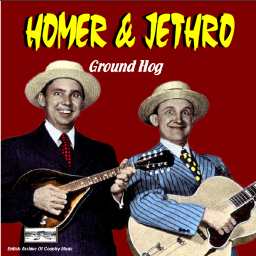 No, this is not a review of the great Coen Brothers movie O Brother Where Art Thou, which loosely re-told Homer’s Odyssey in an Americana mode. Instead, it’s a note about the composition of those two ancient Greek epics, Iliad and Odyssey, that bear the name of Homer.

Homeric studies took a quantum leap forward in the early twentieth century when young super-genius Milman Parry showed how plausible it was that these very long poems could have been performed with a high degree of extemporaneous composition. Parry’s work included field studies in Bosnia, because he wanted to gather first-hand experience with oral tradition in a non-literate subculture. The result of his arguments was to rescue Homer from a bookishness more appropriate to Virgil, and restore some credibility to the ancient tradition that the author Homer was something like one of the singing bards he describes as providing entertainment at feasts. Homer suddenly put down his quill and picked up a lyre again. Parry’s arguments are still controversial, but they mark a turning point in Homeric studies.

One of the keys to Parry’s analysis of Homer is his explanation of how Homer uses stock phrases. Anybody who’s read the Odyssey will recognize these oft-repeated lines such as “when they had put aside hunger and thirst,” “thoughtful Telemachus considered what he would say,” “who among the gods can resist the will of Zeus,” and of course, the inevitable “dawn with her rosy fingers” and “grey-eyed Athena.” Parry argued that these formulas often functioned as the basic units of oral composition, fitting together perfectly as pre-fabricated units which locked into place and pushed the story along. While the composer was reciting “dawn with her rosy fingers,” his mind was free to reach out for the next line. Standards of proof are high among classicists, so I don’t pretend to know that this is a decisive answer. But I do know that a major decision every good reader of Homer has to make is how to attend to those formulaic phrases.

Classicist John Wright didn’t follow Milman Parry’s lead by doing oral tradition studies in Bosnia, but he didn’t have to. He knew how to play Appalachian Bluegrass banjo, and the more he learned in that field, the more it reminded him of Homeric performance. Bluegrass is also made up of a number of pre-fabricated basic units. The most important units are the banjo licks, but the lyrical formulas are the easiest to recognize in print. A skilled bluegrass musician has a head stocked with all the formulas he could ever need, and as he plays he makes decisions about how to arrange them:

If one line ends ‘you know I love you still’ you know there’s going to be a ‘cabin home on the hill’ coming up pretty soon. Formulaic verbal phrases are at their most vivid and memorable in gospel songs: ‘land of glory,’ ‘great white throne,’ ‘streets of gold,’ and other biblical phrases. The more memorable and striking the phrase, it seems, the more likely it is to come from the tradition rather than from the immediate composer’s invention or from ‘real life.’

In his article “Homer and Appalachian Bluegrass,” Wright offers up what he has learned from playing and studying Bluegrass, and says, “how useful these facts may be for the interpretation of Homeric poetry I will leave it up to other Homerists to decide.” I’m no Homerist, but for a long time I’ve thought that Parry’s arguments helped open up the Iliad and the Odyssey for me, and therefore satisfy my criterion for being worthwhile literary criticism. Wright’s cross-reference to Bluegrass helps me envision the whole composition-performance dynamic a little better. And it gives me an entirely inappropriate, but very fun, soundtrack for Homer.