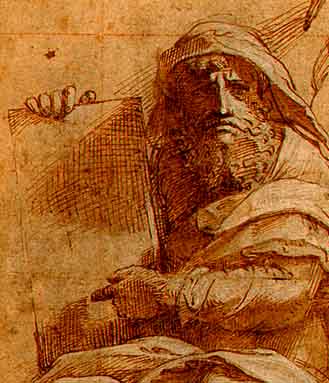 The book of Hosea is a fearsome thing. This prophet’s message is similar to any number of other prophets, but he means business in a way that makes his word to Israel uniquely unforgettable. He doesn’t just dust off Deuteronomy’s blessings and curses, check Israel’s current performance against them, and then issue the evaluation that they’re in for some curses. No, Hosea’s got an insight into who Israel is that penetrates to their namesake Jacob (12:3 — “Heel-grabber as a fetus, God-wrassler as a man”), repudiates their monarchy (13:11 — “I gave you a king in anger and took him away in wrath”), throws their whole history into question (“You’ve been impure ever since you crossed into Canaan”) and reaches all the way back to the first man (6:7 — “You sin like Adam!”). Hosea grabs hold of the history of Israel and turns it inside out to make his point. Only Amos (also prophesying against the Northern Kingdom in the eighth century) comes anywhere close to Hosea for his radical judgement: The Lord, say these prophets, is so sick of dealing with a wayward people that he has now made up his mind to run Israel’s history in reverse, removing his presence from their midst, taking them out of the land, and casting them back into the nations where they came from in the first place.

Speaking of the nations, there was a new superpower in the ancient near east, which made the eighth century a bad time to have God stop protecting you. The king of Assyria, Tiglath-Pileser, was gobbling up territory and had greater ambitions than just winning total submission from vassal states. He had the bigger idea of Permanent Conquest by Un-Peopling a People.

In order to consolidate his gains, Tiglath-pileser adopted a policy which, although not wholly novel, had never been applied with such consitency before. Instead of contenting himself with receiving tribute from native provinces and punishing rebellion with brutal reprisals, Tiglath-pileser, when rebellion occurred, habitually deported the offenders and incorporated their lands as provinces of the empire, hoping in this way to quench all patriotic sentiment capable of nurturing resistance. This policy, consistently followed by Tiglath-pileser and copied by all his successors, was one of which Israel would in turn learn the meaning. (John Bright, A History of Israel, 4th edition, 271)

One of the successors who copied the strategy was Sargon II, who boasted:

I besieged and conquered Samaria, led away as booty 27,290 inhabitants of it. I formed from among them a contingent of 50 chariots and made remaining (inhabitants) assume their (social) positions. I installed over them an officer of mine and imposed upon them the tribute of the former king. (J. B. Pritchard, Ancient Near Eastern Texts Relating to the Old Testament, 284-85)

Plenty of nations got themselves de-nationed by the Assyrian war machine. But the shattering word of the Lord to Israel through Hosea is that mass deportation had a theological meaning: rejection by God, un-choosing, the dissolution of their relationship. Exile.

But none of this is what Hosea’s most famous for. The book is most memorable because of the extended, enacted metaphor that it starts with: that “the land commits great whoredom by forsaking the Lord.” The illustration is direct and painful. God is the husband, and his wife is massively, deceptively, serially, promiscuously, prodigally, publicly,unfaithful to him. Name those babies No-Mercy and Not-My-People, because if anybody ever had grounds for divorce it’s the groom in this marriage turned mockery.

And God has his heart on his sleeve in the book of Hosea, riddling himself with rhetorical questions: “What shall I do with you, O Ephraim? What shall I do with you, O Judah? … How can I give you up, O Ephraim? How can I hand you over, O Israel?” We know that God is never surprised or trapped by circumstances, but the way he grieves out loud in Hosea lets you see the dilemma of Israel’s impossible situation. If God carries out all the horrible threats of chapters 9 and 10, there will be no more Israel, period. And the punishments are devastatingly thorough, so much so that some sensitive readers recoil in the face of the sheer anger expressed there. On the other hand, if God were to leave Israel’s harlotry unpunished, readers would be justified in adopting an even lower opinion of this husband. How can he show his face in this town when we all know about his marriage? Does he just not care enough about his covenant to even notice that he’s become the divine cuckold? “What shall I do with you, O Ephraim?” It’s impossible to punish adequately, but it’s impossible to let the sinner go unpunished.

Does the prophecy of Hosea include a plan for Israel’s survival and restoration? It doesn’t have to, of course: each book of the Bible doesn’t have to contain everything. Amos, for instance, is not long on hopefulness and plans of restoration. But in the case of Hosea, there is definitely a vision of Israel’s restoration. Alongside the terrible threats (“I will tear you like a lion”) are some of the most beautiful and stirring promises of future restoration. Count on a good old dispensationalist to get this right: Charles Feinberg’s Hosea commentary says

At this point there are those who would have us believe that the tale has been told. That is the end for Israel. If so, we do well to cast the Bible from us as a vile and worthless thing, not to be depended upon in any particular. If this condition is the end for Israel, then why, oh, why, did not Hosea close his prophecy at this point? Why does he lead us to believe there is an ‘afterward’ for Israel? Why? Yes, he may well do so, for there is a tomorrow for Israel, an afterward for the despised, criticized, and ostracized people of God. (Hosea: God’s Love For Israel (American Board of Missions to the Jews, 1947), p. 34.)

Make allowances for Feinberg’s effusiveness, he writes as a messianic Jew in 1947. His perspective (pretty similar to Paul’s in Romans 9) underlines the fact that God made promises to Israel and that his character as a keeper of promises is on the line. If the question is “How can he punish, but how can he not punish,” Hosea definitely knows that there must be an answer out there and a future in which Israel pays for her sins, survives the process of doing so, and is reconciled to God.

But what I can’t find in Hosea is the map that will get us to that destination. I see the dots but not the connection. Other books of the Old Testament will solve the dilemma by developing a theology of the remnant: Many will be destroyed, but a faithful few will be preserved, and in this remnant God will fulfill his covenant. Another approach is that of Isaiah, who will cut through the “punish-not punish” in the prophecy of the suffering servant, who “bruised for our iniquities” takes the punishment vicariously. Remnant and suffering servant theologies are powerful lines of biblical theology, and without them I’m not sure how to solve the “punish – not punish” problem. But Hosea doesn’t seem to avail himself of them. And yet he sees Israel’s future. How? What’s the plan?

Sorry for bringing you up short, but I have only an inkling of Hosea’s solution. For what it’s worth, here it is: If Hosea connects the dots at all, he does it allusively, using the idea of exile. Israel’s whoredom seems to be especially bound up with temple prostitution and acting like just another Canaanite fertility cult. The temple itself has become a center of impurity, of using dead religion and ritual sex to connect with the divine forces of nature. When the nation profanes the holy place, what steps can God take to bring about the result that “you shall be holy as I am holy?” Where can “holy” be found?

The normal, biblical way to think of sacred geography is wilderness = bad, promised land = good. But the nation’s got everything so backwards that Hosea can only describe restoration as a reversal of Israel’s history. In the ultimate desperation of the northern kingdom, Canaan is corruption and whoredom; holiness is in the desert; exile is the only hope of redemption. This punishment is the only way of survival. Dwelling in the land has put Israel in charge of her own fortunes, and she’s been thanking the Ba’alim for rainfalls and harvests. To get back into the hands of God, she’s got to go backwards, to submit to a radical reversal and turning. The only way out is this way out.