Back in 1960, Valerie Saiving Goldstein wrote a short article called “The Human Situation: A Feminine View” in which she made a simple assertion: men and women sin differently. In her own words:

“The temptations of woman as woman are not the same as the temptations of man as man, and the specifically feminine forms of sin—feminine, not because they are confined to women or because women are incapable of sinning in other ways but because they are outgrowths of the basic feminine character structure—have a quality which can never be encompassed by such terms as “pride” and “will-to-power”. They are better suggested by such items as triviality, distractability, and diffuseness; lack of an organizing center or focus; dependence on others for one’s own self-definition…in short, underdevelopment or negation of the self…[T]he specifically feminine dilemma is, in fact, precisely the opposite of the masculine.” 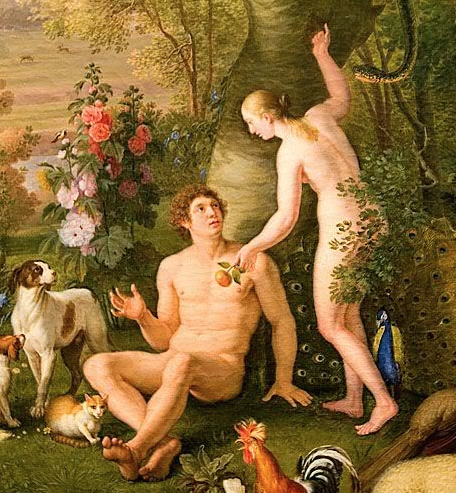 A little background helps here. The Western tradition, from Augustine through Dante to Luther, has emphasized pride as the first and model sin. Adam and Eve (themselves following the pattern of Lucifer) fell through a proud pretense of wanting to be like God. The lesson? Know your place. Don’t try and be something you’re not. And, as the proverb has it, “pride cometh before a fall.” Or, as Jesus puts it, “Whoever exalts himself will be humbled, and whoever humbles himself will be exalted.” (Matt. 23.12)

What happens, though, if your problem is not one of self-exaltation but rather one of self-denigration? If a woman struggles with self-hatred, then think how easily the prescription of humility can simply further her project of self-destruction. Think, too, of how many Christian men have used this kind of logic to justify abusive, or at least manipulative, relationships with their wives, men who strangely seem to forget the application of humility in their own lives. Rather than swelling up to fill the room and dominating a relationship (the familiar pride of men), women tend to shrink to a point, to lose themselves in their relationships.

If this diagnosis of sin is true, so the argument runs, a differing remedy will be called for. Where proud men need to be humbled, to be broken on the rock of Christ, to be crucified with Christ, women who have lost themselves need to be healed, to be encouraged to speak again, to be urged to live the lives God has called them to in Christ. The danger of applying the remedy of humility to slothful women is that it will actually underwrite their own sinning.

By now, you will have stopped once or twice to say, “Not all men/women are that way!” And you’re right. Saiving Goldstein’s argument is overly gendered and a bit outdated, and it fails to account for other factors like race and ethnicity, education, class, even personality.

Nevertheless, the point is well taken. People do sin differently. But here is where things get tricky. A proud man needs humbling. That’s pretty clear. And a slothful woman needs to be given back her voice. The great temptation will be for a person who has never taken responsibility for her life to play the victim. And the great temptation for her friends will be to coddle her. What neither wants to do is call her sloth what it is—sin. Both parties fail at this point, though, precisely in treating her as a purely passive person instead of as a responsible moral agent with a voice of her own. Thus, in seeking to comfort this victim, we unwittingly satiate her sloth.

(Note that this is not to say that, for instance, an abused woman is to blame for her abuse! If anything, it is to say the opposite—that an abused woman is more than a mere victim. She continues to be a moral agent who can make choices, including leaving the abuser. That she remains a moral agent is the very thing the abuser would have her question.)

It is not the language of victimization that brings comfort but, strangely, the language of sin and salvation. At this point, the remedy for men and women is the same: confession and forgiveness. Men are humbled as they confess their sinful state. Women are called to responsibility as they confess their sinful state. And together they are forgiven.

For more on this issue, see my recently published The Gravity of Sin: Augustine, Luther and Barth on ‘Homo Incurvatus in Se’