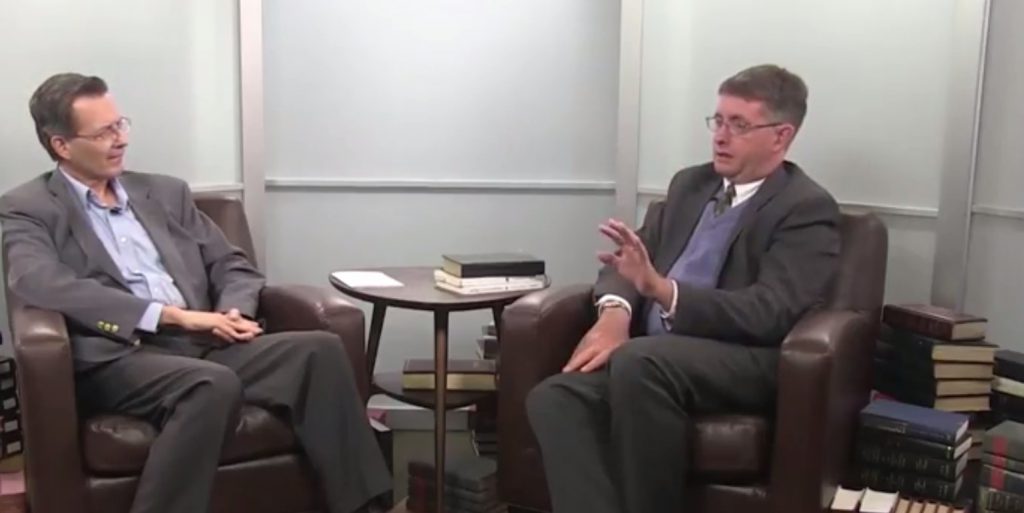 Books Piled Everywhere, But On We Talk

The headquarters of Grace Communion International is here in Southern California, and I recently drove down and talked with them for a while. Mike Morrison interviewed me for their video series called You’re Included, and the first part of that interview is now available at their website.

You may remember GCI as the worldwide set of churches that used to be decidedly non-Trinitarian, but did a dramatic turnaround and normalized their doctrine. It’s exciting and encouraging to think that this could happen, and frankly it changes the way I pray about people who are involved with teachings that are sub-trinitarian, non-trinitarian, and anti-trinitarian.

I won’t leave you in suspense about the subject of our conversation. In this episode and in one to be published a bit later, Mike and I talked about the Trinity. Click over to their show’s homepage to see a lot more videos and see the show. Plus they’ve got a full transcript of the conversation, out of which they graciously edited all my ums and sentence fragments to make me sound less um what what what um what’s the word not-eloquent.

Here’s a bit of what I said about Jesus making the Trinity known:

In Matthew 11 is a point in Matthew’s Gospel where Jesus is reflecting on … the fact that the word is going out, and it is not being received fruitfully. He talks to his Father about how God has revealed these things to babies, not to the wise and the educated. Then he says…“No one knows the Father except the Son, and no one knows the Son except the Father” [Matthew 11:27].

Go to their site for the full transcript and to see what else they have there; or click on the embedded video below.