I can’t take the time to give proper commentary on these images, but I just rooted around on the web for pictures of the sacrifices of Cain and Abel, because I wanted to see how various artists interpreted the offerings. The story in Genesis is so sparely narrated that it tends to call forth vigorous interpretive activity, much imaginative filling in of details, and intuitive leaps of association. Here are five that stood out. 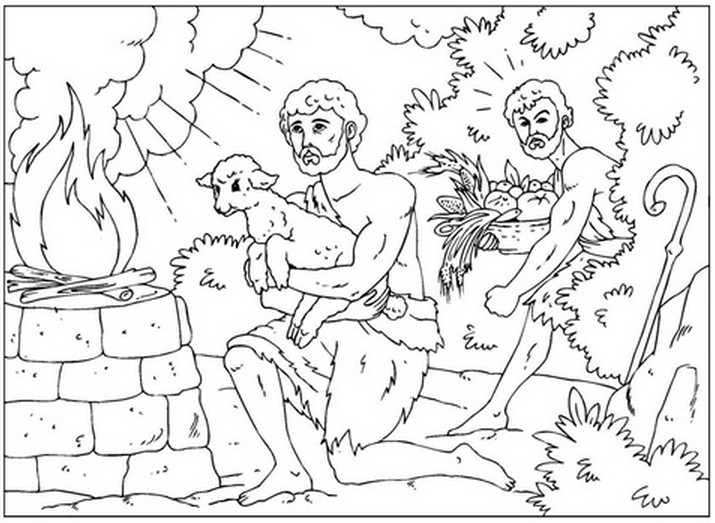 All the basics are here: Cain and Abel as near-cavemen, cute lamb looking utterly unthreatened by its imminent immolation, and Cain, scowling, with a clenched fist. Some children’s illustrations depict Cain’s sacrifice as a couple of moldy turnips, but this one makes it look downright tasty. Abel looks to God, Cain looks at Abel. Little lines indicating divine favor burst from the cloud, but similar lines radiating from Cain’s head indicate something far worse.
A print of some sort (woodblock engraving?) whose source I can’t locate: 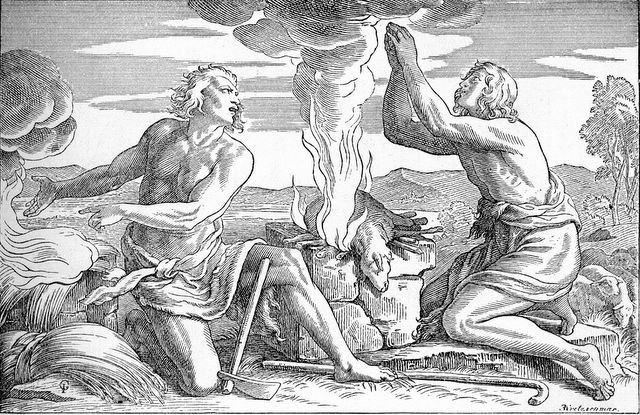 The smoke from Abel’s sacrifice ascends as a column into an opened  heaven. Cain’s flames blow around and his smoke creeps over the altar’s edges. A threshing instrument leans ominously against Cain’s leg. Cain’s attention is not fixated on Abel this time, but his gesture seems to accuse God.
An 11th-century ivory relief from Salerno, Italy (now in the Louvre): 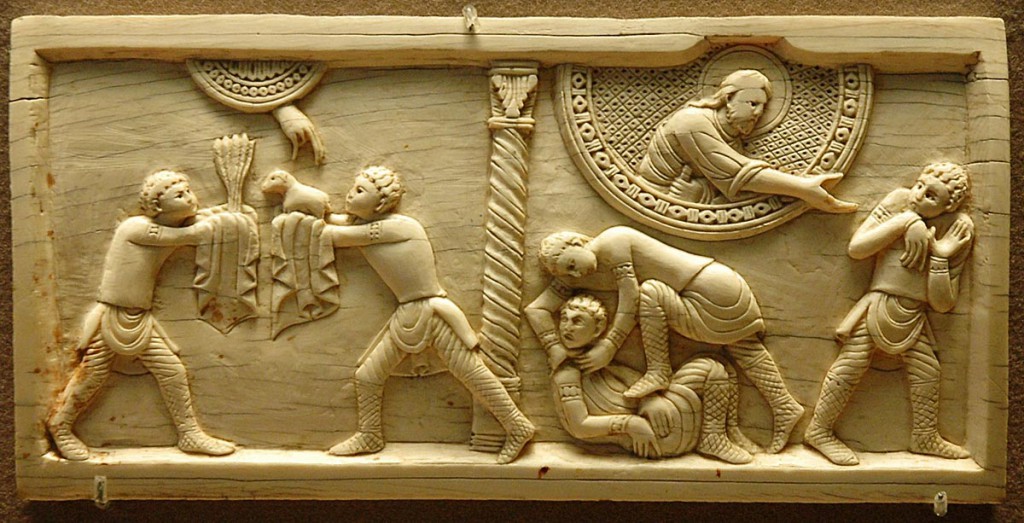 In the left panel, Cain holds up giant asparagus while Abel offers a tiny lamb. The hand of divine blessing indicates approval of the lamb. The parallel postures of Cain and Abel (both stride toward the center of the panel, both cover their hands with draped cloths, both look upward) make this look like a competition. In the second panel, Cain holds Abel down with his foot and twists his brother’s neck and head grotesquely, before being exiled by the Lord. Cain’s final hand gestures are contorted and affecting.
An illuminated manuscript from maybe the 15th century, perhaps a Biblia Pauperum or Moralized Bible? 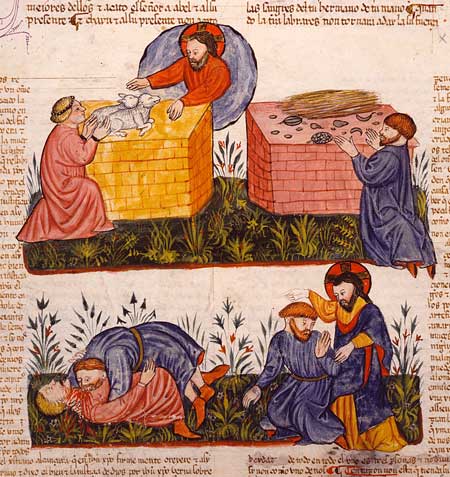 Parallel postures again in the top panel, with different colored altars. Abel offers two lambs, which the Lord leans forward to accept. Cain’s altar holds a remarkably weak set of goods, definitely from the “couple of moldy turnips” school, maybe some grass, a few tree nuts, and a melon rind. In the lower panel OH MY GOSH CAIN IS BITING ABEL’S THROAT OPEN. Truly gruesome, and Cain’s body language as he lunges over his prone victim makes him even more vampire-like. The Lord, in banishing Cain in the final panel, seems especially merciful just to be giving attention to this murderer (and in fact the Genesis story is remarkable for the solicitude shown by God to Cain throughout). 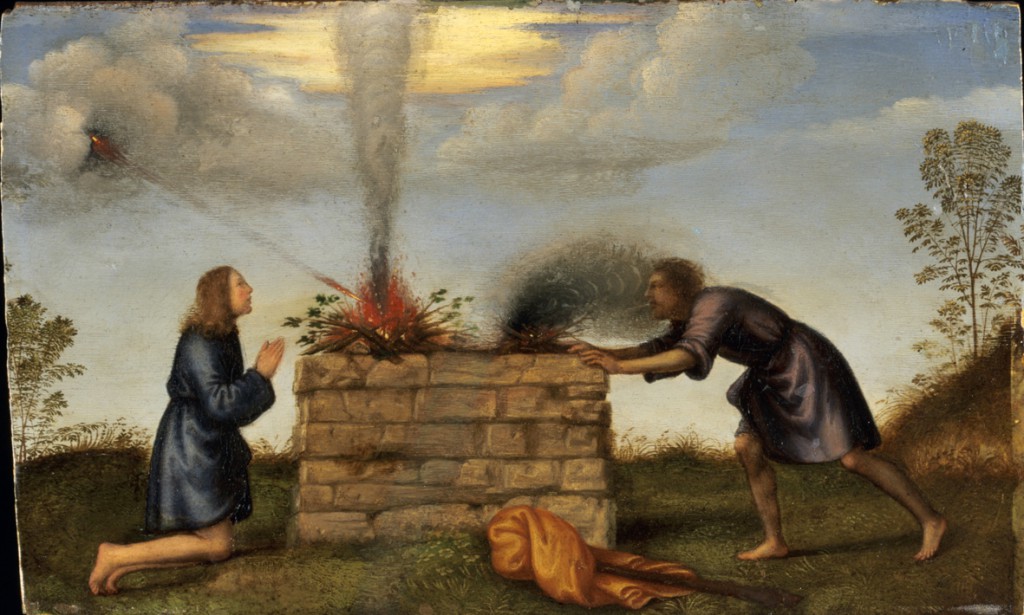 This painting takes the trope of “Abel’s smoke ascends” and goes one step further. God seems to be doing all the work of Abel’s sacrifice, whereas Cain is blowing hard on his and getting only smoke in the face for his troubles.