Kissing is an interesting thing. When we are young we kiss our parents, our siblings, and sometimes (often under duress) our extended family. When elementary school children discuss kissing technical language is often brought into play. A word like “cooties” (which is defined by the OED as an imaginary germ with which a socially undesirable person, or one of the opposite sex, is said to be infected) is used to describe what one receives if one has contact with the lips on the opposite sex. In my younger years I understood the ravages that one would experience if you were exposed to the dreaded “cootie.” This is why I ran from the young females at my elementary school who were bound and determined to infect most of the boys in the school yard with this disease. 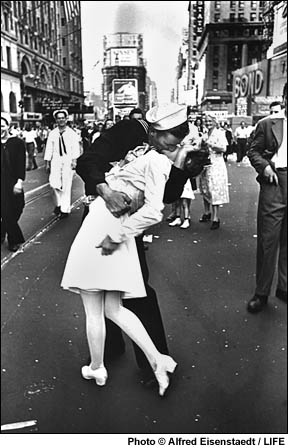 s I got older I began to question the validity of the epidemiological view that I had of human females. Coincidentally, I found I no longer had the ability (desire?) to outrun many individuals of the opposite sex. As a matter of fact, transmission of said “cooties” was seen, not as detrimental to one’s welfare, but as rather advantageous to one’s person.

Anyone who has had a younger sibling has experienced the difficulty of trying to explain to them the attraction of kissing someone of the opposite sex. They “know” the dangers of cooties, and will wonder why you, their normally rational sibling, have put yourself in such peril. Any attempt to explain it to them turns out to be very difficult. You eventually end up saying something like, “When you get older you will understand, and you too will like kissing.”

The experience of kissing is no longer kissing if you begin to “look at” (observe empirically) the act of kissing itself. Questions of heart rate, perspiration, friction between lips and angle of attack, all become a part of the investigation of kissing and not of kissing itself. It also (I assume) would kill any romantic mood that had been set.

Most of us have been trained to think that knowledge is only accessible though the medium of “looking at.” We don’t think we know something until it has been measured and quantified by someone duly authorized with a lab coat and clipboard but, if we reflect on how we come to know things in our world we find that to be an incomplete depiction of reality.

Lewis points out the disjunct between the act and the exploration of the act in his “Mediation”:

It seems that the more lucidly we think about an experience the more we are cut off from actually feeling the experience. You can’t explore pleasure in the middle of a kiss, nor humor while laughing so hard you sides hurt. You don’t need to think about tasting, but actually taste, not think about feeling a kiss, but kiss, don’t think about what it means to love, but to actually love.