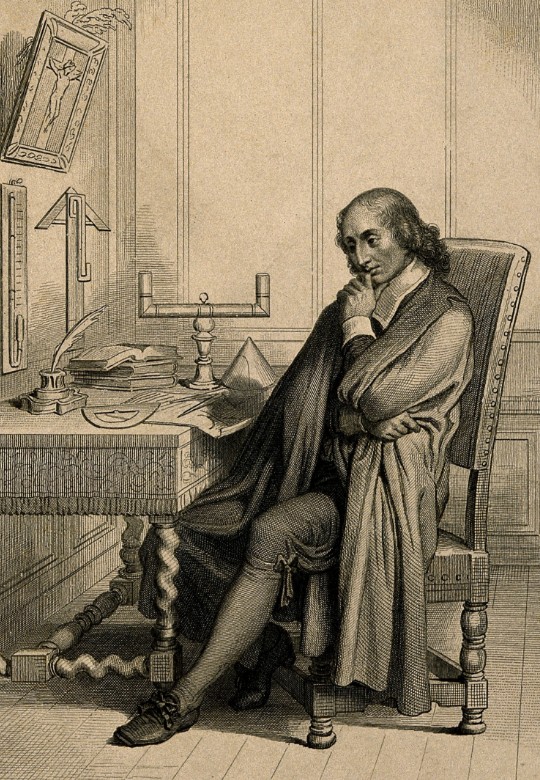 After 9 hours of discussing Pascal’s Pensées with juniors in the Torrey Honors Institute this week, I feel (yes, in my heart, which knows many things reason cannot know) that he is a subtle author indeed. His fragmentary apologetic for the Christian religion, though in form it’s really just a pile of notes and mini-essays that he didn’t live to gather up and edit together, is a deeply wise piece of work with great relevance for us now.

The one example I’d offer is from my favorite entry, number 46, in which Pascal sketches out the order in which persuasion ought to happen. I don’t know whether he labelled this entry “order” because it would have dictated the shape of his book, or because it’s simply the order in which a Christian apologetic needs to proceed. But whether the former is true or not, the latter seems to me to be so. Look at the three steps he recommends:

Men despise religion, they hate it and are afraid it might be true. To cure that we have to begin by showing that religion is not contrary to reason. That it is worthy of veneration and should be given respect. Next it should be made lovable, should make the good wish it were true. Then show that it is indeed true.

The steps, as I see them are:

What we normally think of as apologetics is very sharply focused on truth questions, on winning arguments, on bringing forth evidence and presenting proofs. Pascal certainly makes room for such tasks: these three steps are a truth sandwich, beginning with demonstrating the non-irrationality of religion and ending with proof of truth. We even know from the Pensées  what sort of proofs Pascal found persuasive: prophecy, miracles, doctrine, figures, and so on.

But in the middle of all that proof and truth sits the central task: “Show it to be lovable.”

Probably it’s under this heading that we should place all the sorts of tasks and projects that so many Christians tend to get excited about in our time: Christian work for justice and the relief of suffering; Christian love for each other and for the world; Christian fairness and behavior that “adorns the doctrine of God our savior” (Titus 2:10) and shows that we have true religion (James 1:27). But also under this heading would go the feats of artistic and imaginative work that sketch out what kind of world we are living in if the good news of God as creator and redeemer is true. All the magnetic power to attract the heart and imagination of the world to consider the things Christians claim to believe also enters into this second step. If we want to persuade anybody, we need to make them wish Christianity were true, even if they currently think it’s probably not. But what a step it would be for them to at least wish it could be true!

I won’t say that makes step three, proving it, easy. But it might. A heart that desperately hopes Christianity is false (and fears that it might not be) is going to be a powerful drag that keeps a mind from following the path of reason to the conclusion of truth. But a heart that secretly wishes Christianity were true (even if it thinks it has to know better) is going to be a powerful incentive to pay attention to the arguments that tend toward establishing its truth.