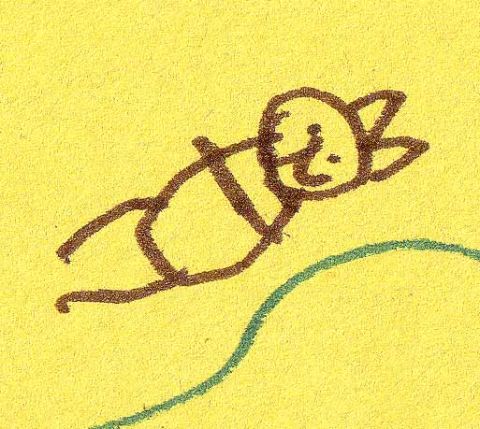 Well, which is it? Even if we allow for the ambiguity of pictorial representation, it can hardly be seen as both. Indeed, this seems to be one of those cases in which the critic should not take the artist’s own interpretation at face value. Although the artist’s intentions are an important element in the interpretation of any piece of art, there are times when an image supercharges the artist’s consciousness to such an extent that there is an overload of meaning –or of meanings. In this case, the artist seems to have brought about a self-induced mental and emotional overload when she hit upon the idea of combining the two cutest animals into one single unit of cuteness. Otter is kitty is otter is kitty is otter. They merge into one visual experience so their cuteness can be contemplated simultaneously. 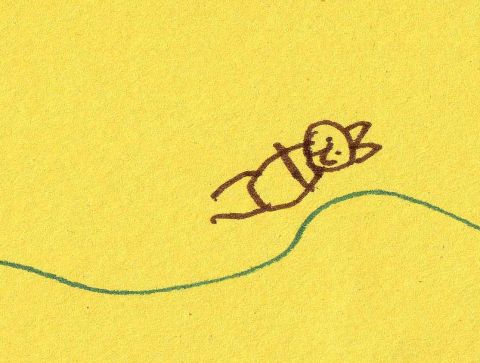 The perfect merging of the two does nevertheless pose interpretive problems. Chief among these is the undulating green line beneath the animal. If the animal is an otter acting like a kitty, then the line is a seascape of waves. The otter-kitty has just crested, bursting into the air from the kelp forest below. If, on the other hand, the animal is a kitty acting like an otter, then the line is a grassy knoll. The kitty-otter is rolling down the green hillside, perhaps pretending to be an otter. 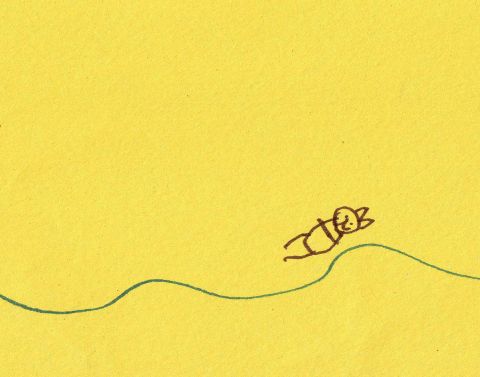 Phoebe Age Six has provided Otter Kitty with ample surrounding space, leaving it unmarked by anything that might provide further clues to the right reading of the image. Otter Kitty herself is composed of a handful of marks: A circle head, a semi-ellipse body, two triangular ears, two linear arms and legs, two dots for eyes, and the W of a cat’s muzzle. She has arranged these conventional cat symbols into the unmistakable posture of an otter, though, and has, significantly, omitted the tail. Beyond that, there is only one more line: that single, undulating green line from which she has emerged to pose for us the question which she is. 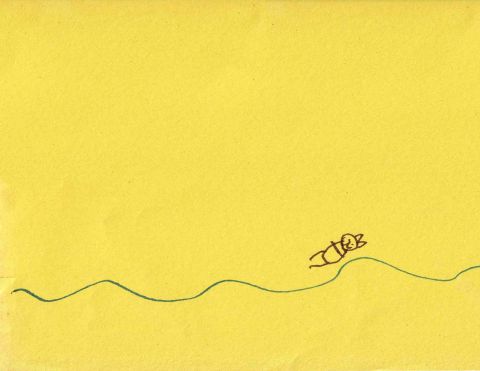