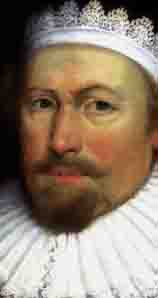 Puritan Richard Sibbes (1577-1635) wrote a commentary on the first chapter of Second Corinthians. I would call it an expansive or leisurely commentary, running to over 500 pages on 23 verses of Scripture. At that rate, Sibbes has to squeeze some meaning out of little words like “and” in the salutation “Paul and Timothy.” –Amazingly, he finds plenty to work with in the word. As Sibbes starts asking why Paul would “and” himself to Timothy (in a letter that is obviously written in Paul’s own solo style), he notes several things.

First, Paul was happy to share the truth and glad to let others have credit for it. It’s not so much that he was humble about his work (“Gee whiz, Timothy did part of it”) or generous (“I should let li’l Timmy have some credit”). Paul had the truth in his hands, and was eager to share it all around. “There is a spirit of singularity in many;” says Sibbes. “They will seem to do all themselves, and carry all themselves before them ; and they will not speak the truths that others have spoken before them without some disdain.” Paul, on the other hand, was glad that his gospel was not his alone. In fact, this Paul is the one who could almost casually remark, “I don’t care if somebody’s preaching the gospel just to bother me –if Christ is proclaimed, I rejoice.” Some teachers only want to teach new things. “If a doctrine has been taught before, why teach it?”seems to be the idea. On the contrary, if something is true and good, then it’s better for it to be ancient and widely held. Et bonum quo antiquius, eo melius: the more ancient a good thing is, the better.

This leads Sibbes to his second point, a broader question about whether the Scripture has more authority because it has more human authorities attached to it. In his seventeenth-century idiom, Sibbes posed this question as “whether the church can give authority to the word of God or no,” and he freely admitted that, as far as he was concerned, the Puritans ought to “yield to the papists” at least “thus far.” The weight of human authority ought, in fact, to influence us in giving our attention to the Scriptures. “In regard of us, the church hath some power,” he says, “in regard of our weakness; but what is that power ?”

It is an inducing power, an alluring power, a propounding power, to propound the mysteries of salvation. But the inward work, the convincing power, is from the evidence of the Spirit of God, and from the Scripture itself. All that the church doth is to move, to induce, and to propound this, quoad nos. It hath some power in the hearts of men. The church thus far gives authority to the Scriptures in the hearts of men, though it be an improper phrase to say it gives authority ; for, as the men said to the woman of Samaria, ‘ Now we believe it ourselves, not because thou toldest us,’ &c., John iv. 42. The church allures us to respect the Scriptures ; but then there is an inward power, an inward majesty in the Scriptures, and that bears down all before it.

Sibbes was comfortable with the notion of relative authority, and gladly recognized that the church had it. Perhaps he was even alert to the danger of Protestants in his time and place becoming insensitive to these legitimate, relative authorities. But of course he knew that along with, or rather infinitely above, these relative authorities was the absolute authority of God’s own word, which “bears down all before it.”

All this from the “and” in the salutation. In a book that concludes, after 528 pages, with the exclamation, “Trin-Uni Deo Gloria!”