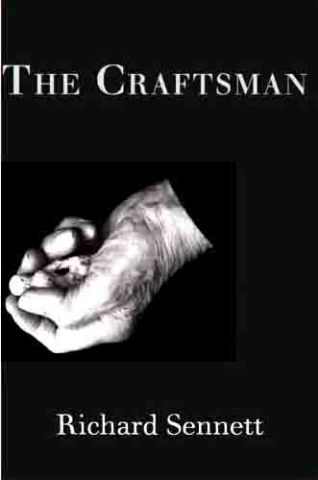 People who work mainly with intangible things –ideas, interpretations, theories, reviews, explanations– are exposed to a unique kind of danger. Ideas usually don’t kick back at you in a way that forces you to notice. If you make a mistake in interpretation, usually nothing explodes or catches fire. If an academic has a wrong idea and follows it through, he doesn’t usually lose a limb over it. The only safeguard, for most people who spend their time on ideas alone, is sheer honesty: they have to be able to admit to themselves when an idea was bad. That kind of honesty is not widely distributed in the human race, and I don’t have any evidence that it’s especially concentrated in universities.

But it’s a whole different story when you’re working with physical objects in the empirical world. Those things push back! The pipes in my house will leak whether I re-describe them creatively or not, and if I patch the leak wrong, it will let me know immediately. That squeaky shoulder harness in my car simply refuses to be oiled into silence, and it won’t listen to what I call reason: I’ve already explained to it that it’s been oiled every possible way, and it has no further right to squeak. It doesn’t care. It goes on squeaking. It refutes my theory of adequate lubrication. And it doesn’t require any heroic honesty on my part to admit that; the squeaking imposes itself on me.

It’s not that physical objects in the empirical world are more real that non-physical entities. Non-physical entities like ideas and interpretations are real and important, but they don’t impose their reality on us the same way. This is a big disadvantage, because it means you can just go on being wrong for a long time. Not so with gardening, where your bad theories lead inexorably to withered plants.

Sociologist Richard Sennett has a new book out that I’m looking forward to reading, mainly because of two insightful review published in the New York Times and The Guardian earlier this month. Judging from the reviews, it sounds like Sennett is saying something that I’ve been thinking about for a long time but haven’t been able to express clearly.

The basic idea of the book (again, based on the reviews) is that â€œmaking is thinking,â€ or, to make the point less drastically, that “the work of the hand can inform the work of the mind.” Sennett connects this with a careful reading of the Enlightenment’s ideals, and also says some interesting things about democracy. But what I really liked was the description his reviewers gave of the way careful craftsmanship trains us to think well: “The material world speaks back to us constantly, by its resistance, by its ambiguity, by the way it changes as circumstances change, and the enlightened are those able to enter into this dialogue and, by so doing, come to develop an ‘intelligent hand.'”

People who devote a lot of attention to craft find themselves taking on intellectual virtues that are transferable to other fields. As one reviewer (Lewis Hyde, himself an interesting thinker on related subjects) says,

They know how to negotiate between autonomy and authority (as one must in any workshop); how to work not against resistant forces but with them (as did the engineers who first drilled tunnels beneath the Thames); how to complete their tasks using â€œminimum forceâ€ (as do all chefs who must chop vegetables); how to meet people and things with sympathetic imagination (as does the glassblower whose â€œcorporeal anticipationâ€ lets her stay one step ahead of the molten glass); and above all they know how to play, for it is in play that we find â€œthe origin of the dialogue the craftsman conducts with materials like clay and glass.â€

You need not be utopian or homespun-romantic to recognize the aptness of describing a well-built object as “honest” or even “true.” The Guardian reviewer notes,

Pleasure in making comes from innate necessary rhythms, often slow ones. As we know in our own lives there is much more satisfaction in cooking a meal or caring for small children if we are not in a hurry. Doing a job properly takes the time it takes. Sennett argues in a fascinating way that, while we are working, submerged processes of thought and feeling are in progress. Almost without being aware we set ourselves the highest standard which “requires us to care about the qualities of cloth or the right way to poach fish”. Doing our own work well enables us to imagine larger categories of “good” in general.

The easy point to make here would be that there is a nobility and dignity to honest hand-work that academics and information workers shouldn’t look down on. Yes, good point. But Sennett is saying much more than that, and until I get to read the book, some of my take-away value from the reviews is that I can think of my non-academic work time as not only valuable in its own right, but also as good training for my academic work. Taking out the trash, doing the dishes, making projects with the kids, fixing the sprinklers, fighting the ivy in the backyard, and so on… it helps hone my judgment in ways that keep me honest. And on those few occasions when I do some kind of advanced craftsmanship that requires real dedication to high standards, I learn even more.

And putting physical things together keeps me from becoming this guy, described so perfectly in one of my favorite Onion articles. (crudity alert: if you follow the link, well, it’s The Onion. Reader beware.)

AUSTIN, TXâ€”University of Texas professor Thom Windham once again furthered the cause of human inquiry in a class lecture Monday, as he continued his longtime practice of finding connections between things and other things, pointing out these parallels, and then elaborating on them in detail, campus sources reported.

“By drawing parallels between things and other, entirely different things, I not only further my own studies, but also encourage young minds to develop this comparative methodology in their own work,” said Windham, holding his left hand up to represent one thing, then holding his right hand up to represent a separate thing, then bringing his hands together in simulation of a hypothetical synthesis of the two things. “It’s not just similarities that are important, thoughâ€”the differences between things are also worth exploring at length.”

Fifteen years ago, Windham was awarded tenure for doing this.