On Thursday night, my dear friend Chris died of a heart attack. We in the Torrey Honors Institute were—are—in complete shock. There were no warning signs, nothing indicating that his health was in decline. (An undetected heart disease proved to be the cause.) Chris and his wife Julie had moved to LA only a year ago to work at Biola and, after a blissful first year, they had just arrived in Colorado for a long stay with kids and grandkids. In his early 60s, Chris had just begun the last leg of his career, returning to the classroom after years overseeing The Wade Center at Wheaton College, which housed the papers of C. S. Lewis and his friends. It promised to be a golden season, full of spiritual fruit in the mentoring of students, lived in the splendid company of a wife he cherished, kids and grandkids he adored, and friends he couldn’t get enough of. (The feeling was mutual.) You should hear the way Chris spoke of Julie, see him puff with pride over his children. And his friends—a more marvelous and motley group is hard to imagine. It seemed Chris knew everyone. And, he was interested in everyone. He had a knack for seeing people for who they were and delighting in their company. Whether sitting with eminent historians, farmers, or freshmen, Chris knew only peers. Needless to say, after only a year at Biola, Chris’ absence leaves many students, faculty, and staff deeply saddened. He mentored and taught with such a remarkable mix of compassion, glee, wisdom, and always, always a love for Jesus. And, while Chris wasn’t really the type to formally say, ‘I will be your mentor, my child’, he was a mentor despite himself. Quick to tell on himself, I heard Chris on more than one occasion talk about his wife’s relief that he had become so much nicer over the years. And yet he knew he could still be a son of a gun, even on his best days. He knew other people had their faults, too, but he was always eager to see past those to the mysteries and glories of each individual. He was curious—about life, people, about God and his strange ways with the world. 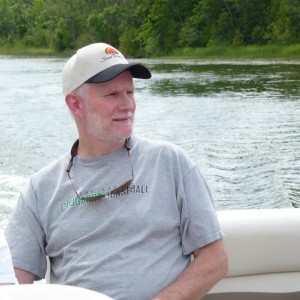 He was humble. He loved adventure, but he wasn’t naturally a daredevil. He loved the good things of the world—his pipe, a good book, a good meal, friends. But, he never confused the good things of the world with the things of heaven. In fact, while loving the earth, Chris talked more about heaven than anyone I know. He had just a real sense of heaven and was looking forward to the reunions there, to laughter, and above all to the joys of being with the Lord. I would’ve loved twenty more years to live close to that man and become like him. As it is, in just a few years of close friendship, I caught something of the joy and wonder of being a child of God, even at an older age. Here was a mix of holiness, happiness, and hope in a man who took the Lord seriously but didn’t take himself seriously. In Gilead, one of Marilynne Robinson’s characters says, ‘I always imagine divine mercy giving us back to ourselves and letting us laugh at what we became, laugh at the preposterous disguises of crouch and squint and limp and lour we all do put on.’ Chris got a head start on that. He possessed a holy levity when he reflected on who he had been and how the Lord had renewed him. In life, Chris demonstrated how to love learning and love people and love God, all in one package, and in the right order. And now that Chris has died, we’re seeing the profound mark one mentor can make on the lives of those around him. What a gift he was to us, and to so many others.

How lovely are Your dwelling places, O Lord of hosts! My soul longed and even yearned for the courts of the Lord; My heart and my flesh sing for joy to the living God. How blessed is the man whose strength is in You, In whose heart are the highways to Zion! For a day in Your courts is better than a thousand outside. I would rather stand at the threshold of the house of my God Than dwell in the tents of wickedness. For the Lord God is a sun and shield; The Lord gives grace and glory; No good thing does He withhold from those who walk uprightly. O Lord of hosts, How blessed is the man who trusts in You!  (Psalm 82:1-2, 5, 10-12)

May Chris’ joyful witness, shot through as it was with the hope of the resurrection, resound in and amongst us, stirring in us a longing for the courts of the Lord. Here’s to the resurrection of the dead.