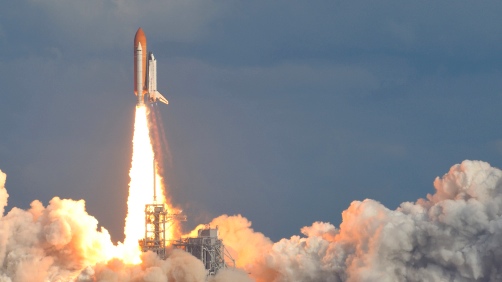 As you certainly know, Sally Ride, the first American woman in space, recently died. Unfortunately, Ride died at too young an age (61) from pancreatic cancer. In the days that followed, there was news coverage of her passing and obituaries extolling her intellectual chops, her founding in 2001 of Sally Ride Science, a company that creates science programs and publications for elementary and middle school students, and her service on both the accident investigation boards for the Challenger and Columbia shuttle tragedies. Ride was certainly an “American hero,” someone that we can look up to.

Perhaps one of the most interesting aspects of Ride’s passing were the accolades that she received for being the first American woman in space. (Believe it or not, the first woman in space was the Russian Valentina Tereshkova in 1963!) For example, Thomas Maugh, writing for the Los Angeles Times, said, “Her trip into space made Ride a household name and a symbol of the ability of women to break the glass ceiling, inspiring generations of young girls and women who came after her.” Maugh also quotes Amy Mainzer, “an astrophysicist who is a principal scientist at the Jet Propulsion Laboratory in La Cañada-Flintridge,” as saying, “The impact of Sally Ride and women like her cannot be overestimated… She was an ‘existence proof.’ She proved that it was possible to work in space physics and as a space scientist and be female at the same time. What she did was prove that you could make it all the way to the top and accomplish amazing things in these fields — and still have a pair of ovaries.” NASA Administrator Charles Bolden said: “Sally Ride broke barriers with grace and professionalism – and literally changed the face of America’s space program.” Unfortunately, much of the attention that Ride should have enjoyed posthumously for her NASA and science accomplishments went instead to making a fuss over Ride’s sexual orientation and her 27 year long relationship with another woman. In many ways, that is neither here nor there. Ride, for those of us alive in the 1980s, will always be (and should always be) remembered as the first American woman in space.

What I find interesting about the news coverage of Ride’s death is that they attribute so much to Ride as being the person who single-handedly changed the face of NASA. In some ways, the news outlets suggest that without Ride NASA would still be made up of a bunch of male adrenaline junkies. However, it is important to remember that Ride entered NASA as a result of NASA’s own call for more astronaut candidates. In fact, in the late 1970s NASA placed an ad for astronauts in local papers, resulting in 8,000 applications. Ride, along with five other women, was among the 35 applicants selected. Ride was not the first woman astronaut; she was simply the first woman out of these 5 or 6 to get to fly to space. This, of course, is not to diminish her accomplishment of being the first American woman in space. However, it is important to realize that Sally Ride did not walk in the front door of NASA on a Monday morning and say, “On behalf of all women, I want to be the first astronaut.” Rather, there were already people working at NASA who knew that women were just as capable as men at being astronauts. Shouldn’t those nameless, forgotten people get a little credit? No. Shouldn’t they get a lot of credit for their bold decision-making? I certainly think so.

Sally Ride’s accomplishments are a reminder to us that, more often than not, world-changing events are not accomplished by individuals working alone. Behind every Michael Jordan, Tiger Woods or Venus Williams is a coach. We might not know their names but we know that they made these athletes better than they would have been on their own. Behind every Steve Jobs, Bill Gates or Sally Ride is a science and math teacher who taught them the basics of their craft long before they accomplished anything noteworthy. Behind every William Shakespeare, J. K. Rowling or Paul Auster is an English teacher literally focusing on the ABCs. Behind every Edmund Hillary there is a Tenzing Norgay. Behind every Greg Peters is a Christina Peters. Behind every Phineas there is a Ferb. Behind every Bono is an Adam Clayton. You get the point.

World-changing or society-altering events just don’t happen when one person acts. Are there exceptions? Likely, but not enough to alter my generalization that there is almost always more than one person involved and those people often go unacknowledged and forgotten. This, of course, is unfortunate and likely can’t be helped but that does not mean that it is any less true. I think that it is time that we begin to pay more attention to those who serve in support positions. For example, Robert Frosch was the Administrator of NASA from June 1977 to January 1981; that is, he was administrator when Sally Ride and five other women were chosen to be astronaut candidates. As well, that entering class of 1978 also had three African-Americans and one Asian-American. Sounds like Frosch was quite the forward thinker. He should get some credit for that, don’t you think?

So as we remember Sally Ride as the first American woman in space let us not forget that it took a small army of behind the scenes persons to help her achieve that feat. Let’s not forget them or any of the Samwise Gamgee’s of the world.