This is a note for people who know who Stan Freberg was. For those who don’t, he was a mid-century multimedia guerrilla satirist. Maybe think of him as the Weird Al of the 1950s, but with major influence on advertising and cartoons as well. Go look up songs like The World is Waiting for the Sunrise, Wide-Screen Mama, Rock Around Stephen Foster, or his spoofs of Heartbreak Hotel, Great Pretender, I’ve Got You Under My Skin, Yellow Rose of Texas, or Sh-Boom. Mad genius, big fun, all the noise. Freberg died on this day in 2015.

There’s a Biola connection to Stan Freberg: his dad (Victor Freberg) graduated from the Bible Institute of Los Angeles in the 1920s and became a Baptist pastor in southern California. “My father said that God wanted us to get as much laughter as we could out of this world. … He always believed that laughter was a very healing thing. One of the earliest memories I have is watching from the audience of the church, watching my father up on the pulpit. The influence of my father was there in a lot of my work.”

Partly because of this connection, Stan Freberg himself was given the Biola Media Award at age 87, in 2014.

What I just came across, though, is a 3-page story in Biola’s King’s Business magazine from March of 1956. This issue features testimonies from a number of people, and writer Lloyd Hammil and Al Sanders (no relation to me) interviewed Stan about his conversion. Click through and read it on pages 13-15 of the March issue; here are some small screencaps.

“I can do 100 completely separate voices.”

“I got to thinking, What should happen if I should die? And suddenly I knew my little world –a rather successful one –was coming unglued.”

“She stood there leaning on her carpet sweeper and started talking to me. She talked about Jesus Christ in very simple and positive way. She seemed to believe it was a foregone conclusion that someday I’d become a Christan. She kept repeating the phrase, ‘When you do become a Christian…’ And then she’d follow it up with a description of the good things Christ would bring into a believer’s life.” 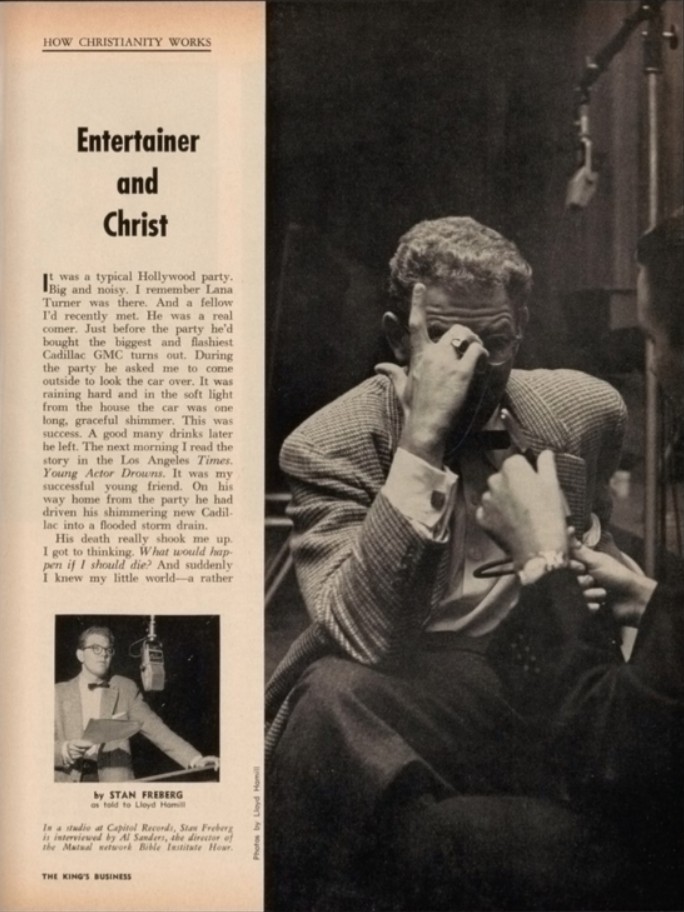 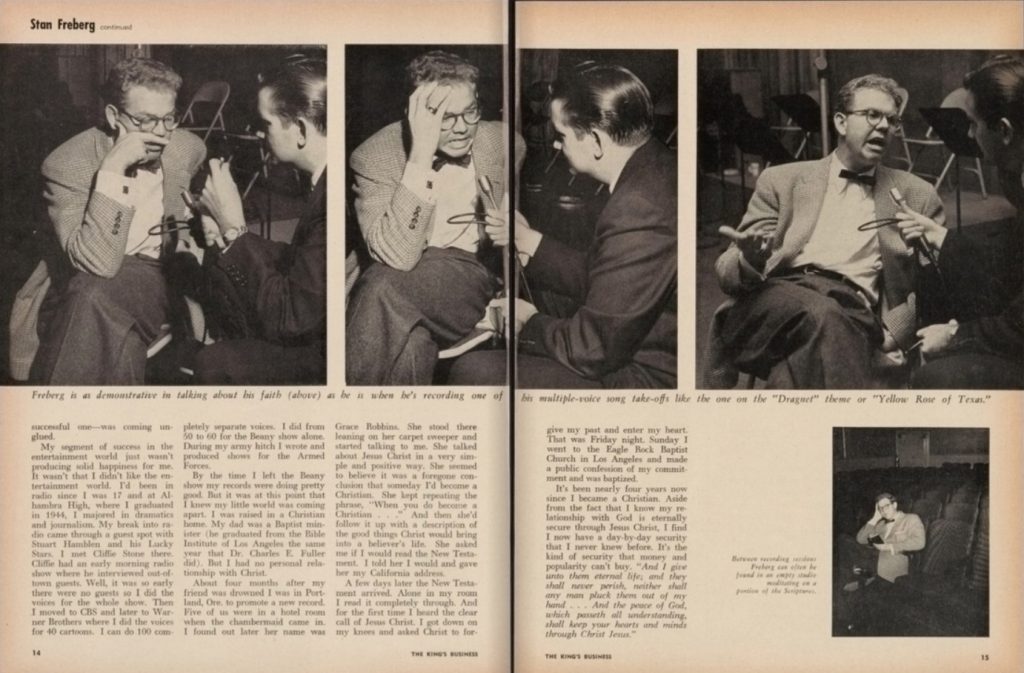