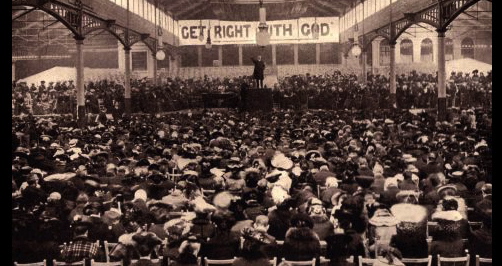 How is it that an all-wise and all-loving God could create mankind with a foreknowledge that so many would be doomed to eternal punishment?

Finite beings are always getting on perilous ground when they begin to ask how an infinite God could do this or that. An infinitely wise God may have a thousand good reasons for pursuing a certain course of action when we in our finite foolishness cannot see one good reason. It will solve a great many of our perplexities when we come to see that God knows more than we do. The fact is that the average man of the present day is so puffed up with a sense of his own capacity for understanding anything and everything that it never dawns upon him that the ways of an infinite God are beyond his comprehension.

If a child of six or seven should undertake to criticize the teachings of a profound philosopher of fifty or sixty, we would not take it as an indication of the child’s wisdom but simply of the child’s foolish conceit. But it would not be as foolish as the ripest philosopher undertaking to criticize God. Man never appears more ridiculous than when he tries to tell what an infinitely wise God must do.

Even though it were utterly impossible for us to understand at all how a wise and loving God could create mankind with a foreknowledge that so many would be doomed to eternal punishment, that would not prove for one moment that He could not do it. It would be much easier to get the ocean into a pint cup than it would be to get a complete understanding of God and God’s ways into a finite mind. The main question then is not how God could do it, but have we proof that God has done it.

All we know about the matter is what God has been pleased to reveal in His own Word. The proof that the Bible is the Word of God is simply overwhelming. There are certain proven facts, facts which no man can dispute, that prove to a demonstration that the Bible is God’s Word. So the question resolves itself into this, Is it revealed in the Bible that many will be doomed to eternal punishment? Any one who will take the Bible and study it to find out what it teaches and not merely to try to bolster up his own opinions or philosophical notions will be driven to the conclusion that the Bible does teach that all who persistently reject Jesus Christ will be tormented forever and ever. We cannot go into the proof of this at length here. If any one wishes to study the subject, he is referred to the chapters on the subject in the writer’s book on Bible Doctrine, “WHAT THE BIBLE TEACHES.”

It is also clearly revealed in the Bible that God is all-wise and that He is a Being of infinite love. It may be beyond us to reconcile the fact that God is a loving God with the fact that He created men knowing that some of them would persistently reject Jesus Christ, but that does not alter at all the two facts which the Bible clearly sets forth, that He is a loving God, and that He has created man with a foreknowledge that some would not accept Christ and thus would perish forever. It is difficult for some people to reconcile facts which they know by personal experience or observation to be facts, i.e. the facts of the awful sins and awful miseries which result from sin which beyond a question now exists in the world, with the doctrine that God is love. But no intelligent person denies the facts on this account. Some foolish people do deny that God is love because of these facts which they observe.

It is difficult for a finite mind to reconcile some things we know to be facts today with the doctrine that God is love, nevertheless, we know on the authority of the Word of God that He is love. Just so it may be difficult for many of us to reconcile the awful doom as set forth in the Word of God of the persistently impenitent with the doctrine that God is love, none the less we know that God is love because the Book, which beyond a question is His Word, declares it and we also know the certainty of this awful doom because this same Book declares that.

There is no conclusive proof outside the Bible that God is love, but the Bible is conclusive proof of it. If we give up the Bible, we must give up the doctrine that God is love and all the inferences about all men being saved which universalists have drawn from it. The position of those who hold that God is love because the Bible teaches it and yet reject those portions of the Bible that teach the eternal punishment of the persistently impenitent is utterly illogical and irrational. The Bible is either true or false. If it is false then we have no proof that God is love and therefore no foundation for the hope that all men will be saved. If the Bible is true (as it certainly is), then there is no foundation for the hope that all will be saved, because the Bible expressly declares that many will not be saved. One may take whichever horn of the dilemma he chooses, but in either case Universalism is untrue.

I do not know, and no man knows, how God can do a great many things which we know that He has done, but I have sense enough neither to question the facts nor the perfection of the character of God on that account. I learned long ago not only from the Bible, but by experience, that “God’s thoughts were not my thoughts and that God’s ways were not my ways,” but that as the heavens were higher than the earth so His ways were higher than my ways and His thoughts than my thoughts. I found our something of the depth of the riches both of the wisdom and knowledge of God, that His judgments were unsearchable and His ways past finding out. I learned the Divine wisdom that there is in Paul’s question, “Oh, man, who art thou that repliest against God?” The sooner we all learn this, the better it will be, not merely for our comfort of heart but for our progress in knowledge.