A guest post from a shrewd observer of current events:

Tennyson calls our attention to one of them. ‘The grand old name of gentleman,’ he sings, ‘defamed by every charlatan, and soil’d with all ignoble use.’ If you persist in calling people who are not gentlemen by the name of gentleman, you do not make them gentlemen by so calling them, but you end by making the word gentleman mean that kind of people.

The religious terrain is full of the graves of good words which have died from lack of care—they stand as close in it as do the graves today in the flats of Flanders or among the hills of northern France. And the good words are still dying all around us.

There is that good word ‘Evangelical.’ It is certainly moribund, if not already dead. Nobody any longer seems to know what it means. Even our Dictionaries no longer know…Does anybody in the world know what ‘Evangelical’ means, in our current religious speech? 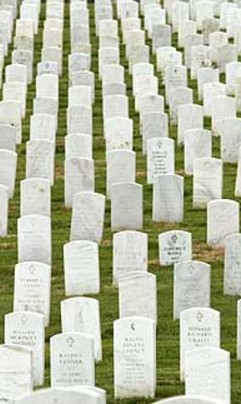 So timely, and so well said. The Tennyson quote, the Flanders Field reference… Wait, Flanders Field? The World War I cemetery? Who would use that as an illustration of close-packed graves?

Someone writing in 1916, that’s who. The above lament for the death of the word evangelical is from B.B. Warfield’s essay “Redeemer and Redemption” in the Princeton Theological Review.

I always bring out this passage when folks say (as they do every couple of years or so) that the word ‘evangelical’ is dead. I thought this would be especially appropriate time for it, what with this year being the centennial of one of the deaths of ‘evangelical.’

Of course the word probably will lose its usefulness soon enough. It became a lot less useful for spiritual or theological usage as soon as it drew the fatal attention of the political media. Perhaps 1976, “The Year of the Evangelical,” marks the year the word took on a conjuring power in electoral politics, to the detriment of its usefulness in and among church communities. I’m really not inclined to fight over it. I know what an evangelical is, and am undisturbed by CNN’s ignorance. And I’m also not keen to embark on a quest for replacement words. Dropping back to any other word would just be, to use another WWI image, a retrenchment exercise. Warfield goes on:

But we need not stop with ‘Evangelical.’ Take an even greater word. Does the word ‘Christianity’ any longer bear a definite meaning? …If everything that is called Christianity in these days is Christianity, then there is no such thing as Christianity.

Farewell, dead good words. See you in a century.