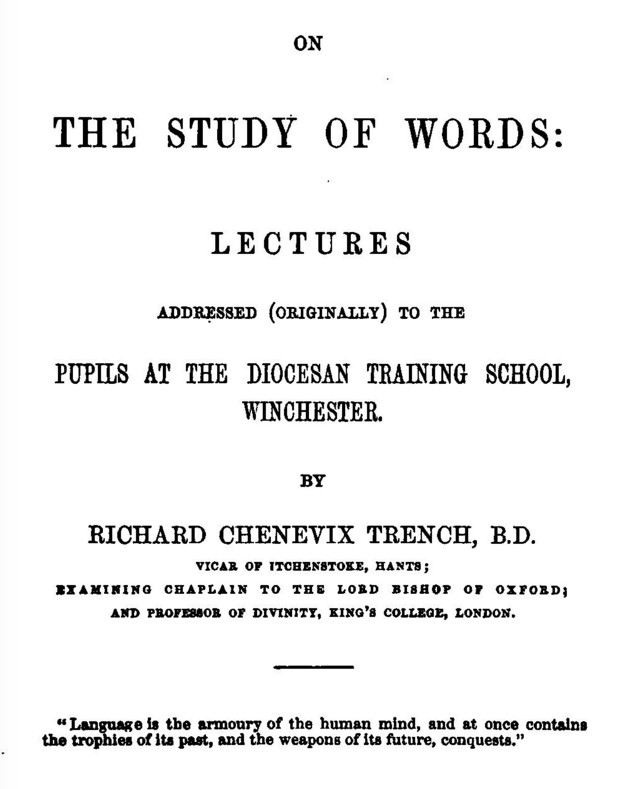 In his classic book On the Study of Words, Richard Chenevix Trench describes some of the advantages that come from the English language’s wealth of synonyms and near-synonyms. As one of his examples, he notes the difference between the words ‘apprehend’ and ‘comprehend.’ And his first illustration of the difference between the two words leads him directly to a theological observation:

How important is it to keep in mind … the fact that we possess the two words ‘to apprehend’ and ‘to comprehend,’ with their substantives, ‘apprehension’ and ‘comprehension.’ For indeed we ‘apprehend’ many truths which we do not ‘comprehend.’ The great mysteries of our faith the doctrine, for instance of the Holy Trinity: we lay hold upon it, (ad prehendo) we hang on it, our souls live by it; but we do not ‘comprehend’ it; that is, we do not take it all in; for it is a necessary attribute of God that He is incomprehensible; if He were not so, either He would not be God, or the being that comprehended Him would be God also.

From there Trench descends to “transfer with profit the same distinction to matters not quite so solemn.”

How often do people hear about divine incomprehensibility and immediately give up on any hope of knowing God? Trench leans into the etymology of the words to pose a stark question: What would be worse, a God who could be comprehended, or a God who could not be apprehended? The God known in Scripture is neither; rather the opposite: The apprehensible incomprehensible.