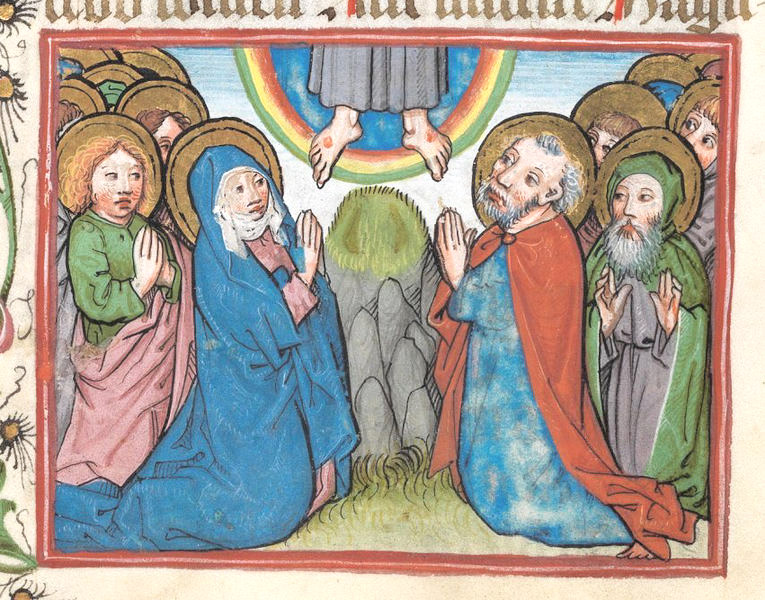 My awesome little Baptist church follows the church calendar (Yes, that’s right.), and this Thursday is Ascension Day. After preaching at our midweek service last year, I became the church’s unofficial Ascension nut, and I’m getting ready to preach again. It’ll be our third sermon on the Ascension, each with a different approach, and between the three we’re well on our way to producing a pretty broad theological survey of the event.

Two years ago, Dom Vincent preached on how the Ascension establishes Christ’s sovereign kingship. Last year, I preached on what it teaches us about the body’s place in God’s salvation, and about how God uses physical symbols to speak to us. This Thursday, I’ll be preaching on what it teaches about the importance and wonder of the work of the Spirit in the church. In brief, we’re looking at the Ascension to learn about Christ as King, about Christ as Man, and about Christ and his Holy Spirit.

For all its wealth, the Ascension is a largely neglected place for pious Christian focus. This week, I hope to persuade you of its theological depth and of its devotional worth. I’ll start us off with my sermon from last year, “Christ Among Us, Christ Above Us.” The text is below, and at bottom there’s a recording.