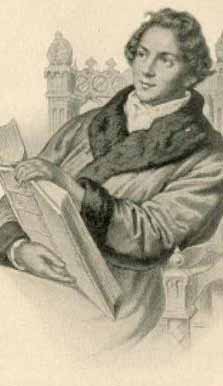 How cool could anybody be whose full name is Lobegott Friedrich Constantin von Tischendorf? Pretty cool.

Tischendorf is a major figure in the early history of modern textual criticism, that subtle and demanding field of biblical scholarship that collates all existing manuscripts of the Bible, compares them, and makes judgments about the original form of the text.

Tischendorf’s work is the stuff of legend, as long as you adjust your sensibilities to the very tiny range within which text criticism works. For instance, his first big accomplishment was deciphering a palimpsest, a manuscript that had been wiped clean and had different text written on top of it. Yes, that’s hard work, but as compensation, you get the right to use awesome words like palimpsest.

Most of Tischendorf’s work is roughly that exciting: collecting, collating, comparing, and publishing critical editions of texts. An indoor sport.

But Tischendorf’s main claim to fame is discovering and making available the monumentally important Codex Sinaiticus. Nobody who was doing textual criticism knew of the existence of this manuscript until Tischendorf found it, knew enough to recognize its worth, and brought it into the scholarly world. He was one business for the Czar, wrote a promise to the monks, the whole deal. His own telling of the story is available here.

Textual criticism is important, and likely to be even more important in the coming decade. In the past few years, Bart Ehrman has been making a real mess out of the public image of textual criticism. That needs public refuting! But the tischendorfian spirit is alive and well in places like the evangelical textual criticism blog, or with more of a flair for popularizing, in the projects of Dan Wallace.

How do you celebrate the birthday of Tischendorf? Read the Bible.