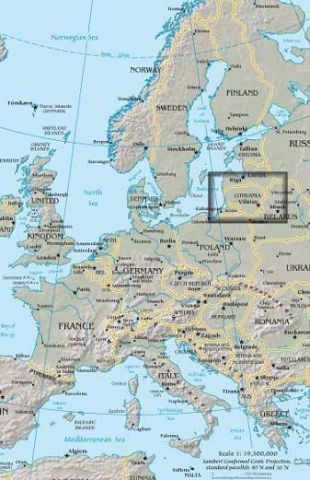 “The last pagans of the Western world,” said Czeslaw Milosz of his Lithuanian ancestry, adding that “Europe too, had her redskins.” With that politically incorrect comment, Milosz underlined how late Lithuania was to join the rest of Europe as a national member of Christendom. It was 1386: As historian Stephen Neill points out, Dante was sixty-five years dead and Byzantium would only live sixty-seven more, Chaucer was a member of Parliament and working on the Canterbury Tales, and Luther would be born in a century. This is late in the game for a European nation to become Christian, and there they sat facing their Christian neighbors.

But on February 15, 1386, Jogaila the grand duke of Lithuania pulled off a strategic merger with Poland by converting to Christianity and being publicly baptized, taking the name Wladyslaw (Ladislas). His personal conversion was a condition laid down by the Poles before he could marry Jadwiga, the young princess who had recently inherited the throne of Poland. Jogaila was baptized, the nations were united, and, as one historian says, “Medieval Latin Christendom was at last formally complete.”