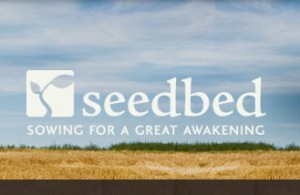 Earlier this week I wrote a guest post for Seedbed, the online resource center of Asbury Theological Seminary. I got a wonderful education at Asbury in the early 90s, and was glad to contribute a few thoughts to this high-volume resource center. Seedbed (one of the many good signs at Asbury since Tim Tennent took the presidency) seems pretty unique, as the official outlet of a seminary but not of a denomination. They’re doing a great job gathering and disseminating content for ministry so far (the “seven-minute seminary” videos are just a great idea that everybody should swipe right away).

The big thing I’ve learned from Wesley is that real Christianity is the life of God in the soul of man, and that if this spiritual reality that he called “heart religion” is missing, nothing else matters. But that’s a lesson I’ve also learned from Henry Scougal and Jonathan Edwards. And I’ve learned it from about a dozen of my favorite Puritans as well. It seems to me very worthwhile to meditate on the great truths that Wesley and the Puritans shared, especially since they not only agreed on these points, but they agreed that these things were the main things.

Here’s the reach across the aisle from near the end of the piece:

Perhaps it is the exaggerated Calvinist-Arminian divide of our era that keeps us from recognizing that Wesley’s spirituality is so deeply indebted to Puritan spirituality. But the fact is that Wesley’s approach to the Christian life is a Puritan approach. This accounts for why he sounds so much like his contemporary Jonathan Edwards in his insistence on religious affections. For that matter, it is why he sounds like John Owen in his insistence on holiness of heart and life, or, in our own day, why he sounds so much like J. I. Packer and John Piper. We can miss these similarities if we think the most important dividing line among Protestants is the line between Calvinists and Arminians. Instead, think of the dividing line as Wesley and Whitefield did: put all the Puritans on one side, earnestly pursuing holiness, keeping short accounts with God, and jealously norming their lives by the gospel. On the other side put those who are only concerned to be doctrinally correct, liturgically proper, or socially acceptable.

Click over to Seedbed and read the whole piece.  And while you’re there, look around and see what they’re up to.