Freddy Age Nine isn’t opposed to math. But as an accomplished visual artist, he knows how to use visual design to add interest and motivation to the routine arithmetical functions required of today’s busy fourth grader.

Simple operations can be carried out with this mouse-operated math machine: 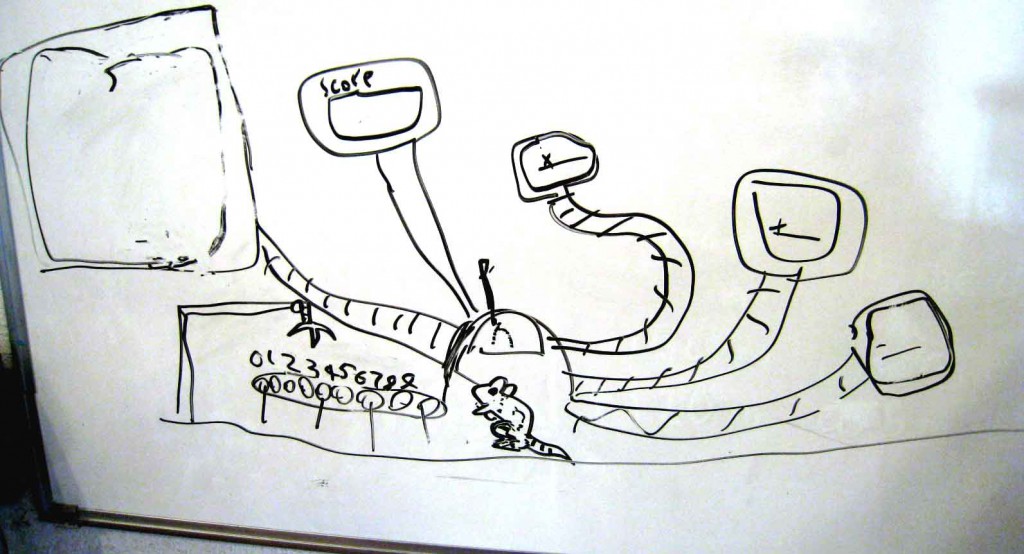 At the center is the mouse, facing the claw with which he selects from the conveyor belt digits to be crunched. Digits are of course replenished as soon as they are removed. From his command station, the mouse can also throws the lever which applies the functions of multiplication, addition, or subtraction to those sets of numbers. All of this is connected via a system of  flexible ductwork. The most important box is the large monitor on which the answer is displayed, after which it can be evaluated as right or wrong on the smaller scoreboard.

Math teachers from coast to coast may feel their fingers twitching, with the desire to write in the margin, “Freddy Age Nine, if you would spend half as long on your math as you do on your creativity, you’d be working far ahead of grade level instead of just keeping up.” 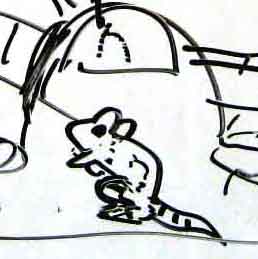 “Ah yes,” thinks the mouse. “Twas ever thus. Next they’ll be saying something imaginative like ‘you’ve obviously got too much time on your hands.'”