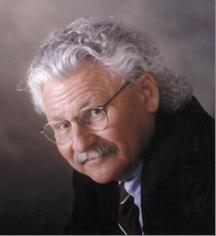 Last Friday, Robert Webber died. Watch his Ancient-Future site for tributes and memorials from the many people who studied with him over his decades of ministry. Here is a memorial reflection by Matt Jenson, theologian at Biola’s Torrey Honors Institute.

We called him â€˜Holy Bobâ€™. Or, on occasion, â€˜Hollywood Bobâ€™. His wit quick, his learning lightly-worn, we little suspected the force Robert Webber exerted on the world of American Evangelicalism, even world Christianity. Perhaps because, for all his provocateuring and manifestoing, the Webber who taught our gen ed class on Christian thought was all warmth, at once disarming and engaging, spreading the aroma of Christ with a sense of the freedom and fearlessness of the gospel. Iâ€™ll never forget him describing the simplicity and utter gratuity of faith. It seemed a weight was lifted from my chest, enabling me to breathe deeply and fully. He had a way of gathering, sorting and translating the scriptures and tradition of the Church into gen ed-speak, and of doing so in the form of an invitation. And the invitation was gracious, perfect hospitality. I learned to love theology in, of all places, a required survey class.

He was fun. And fun, because free. Not that he was short of serious about the things of Christ. No, it was because he was serious about those things, and so solidly settled in the gospel, that the Christian life was for him a romp. Who of us Christian college students had ever romped? Theologians were police, not explorers. Police enforce â€˜no trespassingâ€™ laws; they certainly donâ€™t enter new territory. Holy Bob taught us different.

He had time for us. A one-man publishing phenomenon (Amazon shows 195 results for him), a retreat and conference-leading guru, he still had time. Maybe he made time, but I never got the sense that time was something in short supply that needed making. It just seemed that he had it, and that it wouldnâ€™t run out. He loved his students that way, giving them the conviction that their value was such that of course he would give them his time. As I begin teaching, I marvel at that gift and pray that I may give it in turn to my students.

He had guts. His liturgical open arms angered some, but his legacy is churches that have survived the worship wars and learned to lovingly blend the riches of the history of Christian worship with fully contemporary responses to the gospel. His theological bricolage annoyed some, but his legacy is a generation of Evangelicals who have remembered the Church and have a renewed vision of the power, beauty and truth of the gospel. I think he may have even saved some embittered and embattled souls in the process.

So I, along with so many, thank my God for Holy Bob. Hereâ€™s to the hope of the resurrection, and more romping with him.