There is a powerful and fascinating piece of iconography in St. Mark’s Basilica in Venice, inside one of the domed cupolas. It’s a ceiling mosaic featuring this image: 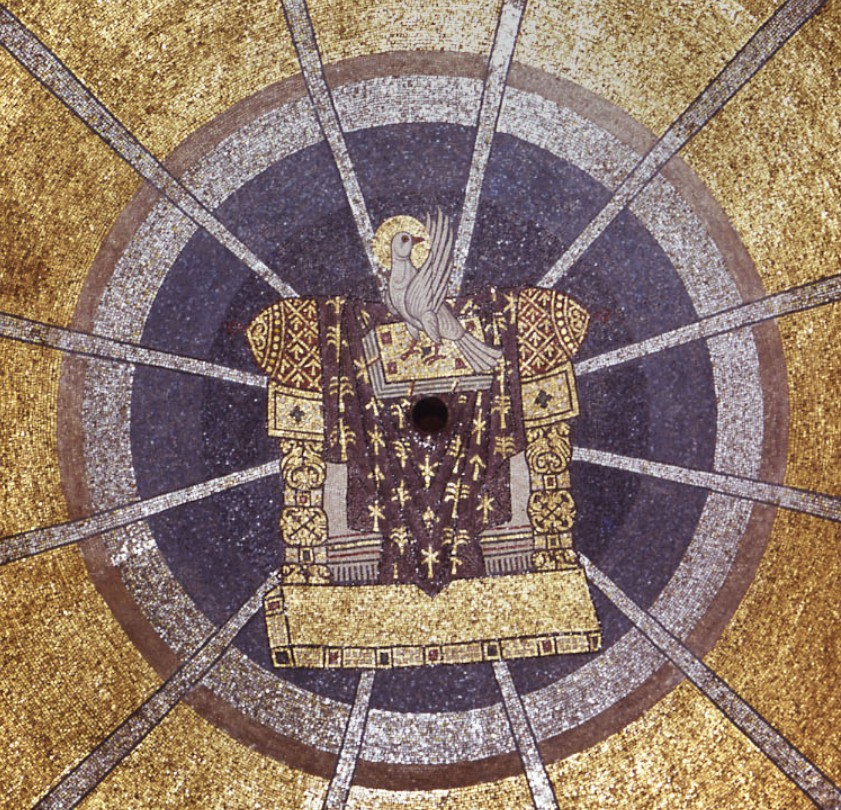 It’s a dove on a book on ornate drapery on a pillow on a throne. This throne simply hovers in midair, inside of concentric circles. From behind it come twelve beams of light. All of this is against a golden background made up of thousands of tiny mosaic tiles that flash light or dark gold depending on how the light hits them.

The iconographic type is called the prepared throne (greek hetoimasia, italian etimasia), and it is an ancient symbol that brings together a number of meanings. This guide to understanding icons lists three of the main meanings of a prepared throne in Christian iconography:

I believe all of these layered meanings go back into the early phases of Christian art; in some cases one meaning will dominate, and in others another. In St. Mark’s in Venice, the primary meaning of the image is actually yet another one: it refers to Pentecost.

The throne in the St. Mark cupola is just the center of a larger image, too big and concave to ever photograph perfectly. It is an image of the twelve apostles being empowered and sent out to preach to all the nations of the world, as represented by those from many nations who heard them in their own languages at Pentecost in Jerusalem. 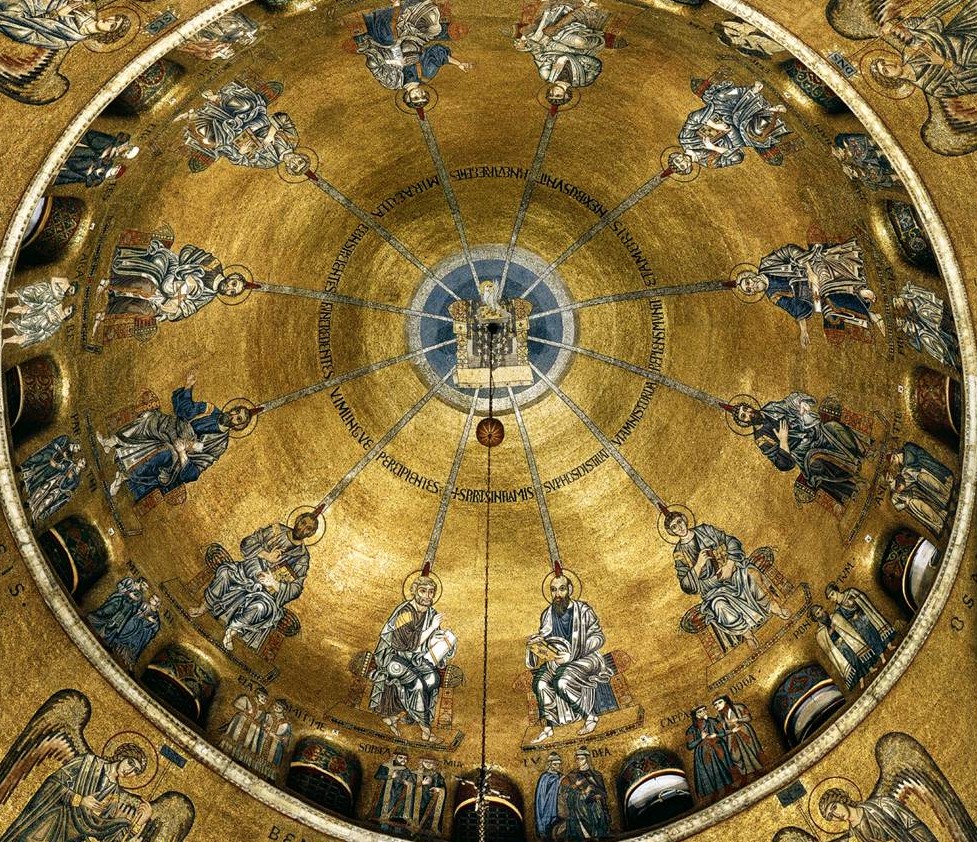 The twelve beams of light radiating from behind the throne land one on each of the apostles, each on their own little thrones and holding their own little books; each beam of light terminates on a tongue of flame hovering at the top of their halos. In the golden field between the inner circles of the throne and the outer circles of the apostles and their audiences, there is a circular inscription. It begins directly beneath the throne, “Spiritus in flamis…” and means:

The Spirit, in the form of tongues of fire, descends on them like a river. It strengthens hearts by filling them up and unites them with bonds of love. Following this, many peoples, seeing miracles and struck by the power of the Word, become believers. 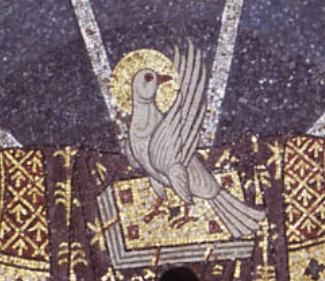 The middle-byzantine artists of St. Mark’s, somewhere around 1100, took the ancient image of the prepared throne and placed it at the center of a Pentecost scene. In terms of their handling of the imagery, this may account for why the dove on the book on the throne is so prominent, so big and birdy: He is visually holding together this complex image’s combination of a Pentecost reference and the Christ-Trinity-Judgment meanings of the central image.

Taken all together, once you’ve had time to consider the various elements and levels of the iconography, it is a powerful focusing image for considering the mission of the church and, in particular it seems to me, the task of theology in service to that mission. Theology serves the church’s mission to disciple all nations by attending to the witness of the prophets and apostles in the power of the Spirit under the authority of Christ until he returns. Theology should hold the throne open (rather than sitting down there itself) and keep it prepared (rather than imagining Christ will not speak and judge from it).