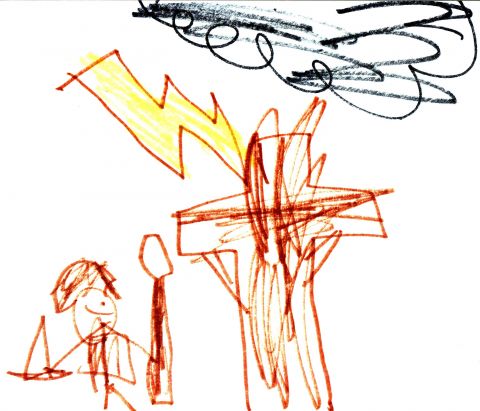 A bolt of lightning splits the stormy sky and flashes toward a monumental cross. To one side stands a Roman soldier with a sword in one hand and a long spear in the other. He smiles smugly to have completed his dirty work. It’s not a good thing to do, but he’s good at doing it. He’s fully armed and standing at the ready.