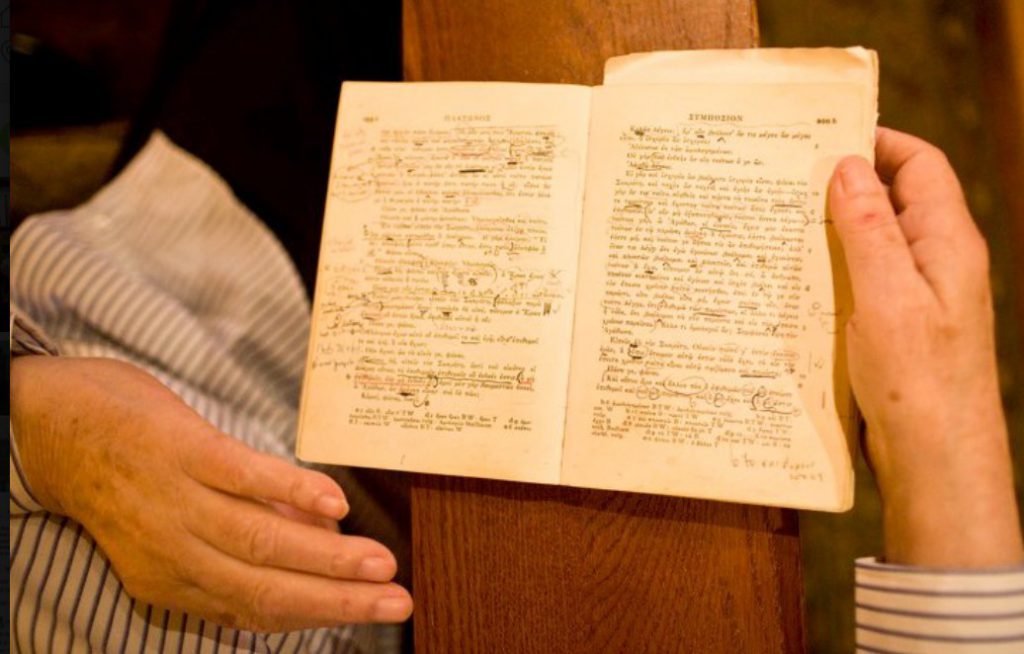 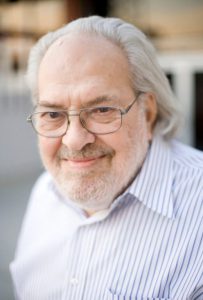 One year out of college, I was invited to return to Biola to work for John Mark Reynolds, the founder and then director of the Torrey Honors Institute. One of the unquestionable highlights of the three years which followed have to do with certain memories and experiences with Dr. Al Geier, who taught classics at the University of Rochester for 50 years, and who passed away this Jan. 24, 2018.

It all started with John Mark telling the same story a few too many times – about the week-long seminars he would have with Al every summer during his graduate studies, where they would discuss a single text from mid-morning until the wee hours of the night, over the course of a week. To discuss a text from 10am until…. 2 or 3am, and then return to do the same thing for days on end… it seemed like something from another world, and for that reason it was enchanting.

But I had heard enough of these stories, and had to do something about it. So I wrote a letter to Al. I expected a very precise outcome: nothing whatsoever. So when I receive a letter in reply, indicating that Al would love to spend a long weekend with us at Biola, discussing the Republic, I did the only rational thing for an extrovert alone in a building to do: I let out a “whoop!” and jumped up and down the empty hallway for a while.

The times we had with Al (eventually joined by his daughter, Naomi) over the next few years were truly remarkable. True to John Mark’s tales, we would begin class on Friday as soon as we could – around 1pm, and class would go until about 2am. We would get some rest, start again at 10:30am on Saturday, and go ‘till 2am once more. After some sleep and a church service, we’d be at it for a final stint, going until about 2am, and calling it a night. The next morning, Al would fly back to Rochester.

What do you learn, discussing the Republic, discussing any great book, for some 44 hours in the course of a single weekend? Too much to tell, but I will try.

In essence, I learned the profound role of leisure in a discussion. Class-time is a controlled and artificial environment. Try as we may, it is forced, it is contrived. The students are there because they must, class begins and ends so that other classes and activities can end or begin… there is a regimen and order to it all. And this is good, but it isn’t the real thing. Orange juice from a can, a burger from a restaurant, a cake from the store—these are fine, of course, but there is nothing like the process of making, savoring and sharing juice you squeezed from the oranges on your tree, the cake you made from scratch. The time, the expenditure of self in the joy of the activity—that is the real thing, which we try to expedite and mass-produce, to some benefit and some loss.

But leisure in a discussion… when you taste that, you experience the real thing which a classroom only seeks to replicate, a store-bought cookie which may be yummy, but just isn’t home-made.

And what is so important about leisure? In the course of a 13-hour discussion on a few books of the Republic, you can feel the dynamics unfold. The initial burst of energy, which gives way to a plodding exegetical foray, which then grinds to a stop in face of a conundrum, only to be given new life by the same question posed in a slightly different way, followed by a period of your own inattention, giving way to a gripping development, and a return to a theme covered hours before which we now see to have been quite inadequate. The layering of theme upon theme, the building of question upon question, the way that the text guides our understanding, re-interpreting itself, bringing previous passages to new prominence in our minds, shaping the community of those discussing by the very content of the text…. This may all sound rather like a fairy-tale, but when you have encountered the real thing, its mass-produced counterfeits fall to
the way-side: and I assure you—there is a real thing in the art of learning which class can only seek to imitate. A leisurely 13-hour discussion of three books of the Republic affords you the time to truly explore, immerse yourself in, and give way to the dynamics of the text.

And that real thing is something we can invite, but ultimately comes of its own accord. It comes when we allow the text to speak for itself. It comes when we endure boredom and the minutia of a passage for hours on end. It comes when we have the patience to re-examine a hard-won insight from a new perspective and with several more chapters under our belt, only to realize that our previous view was woefully in adequate. In sum, it comes only when we allow the text to teach us. But as this is a matter of the heart and the soul, this is no mere matter of content, and therefore nothing that can be constrained to a set period of time.

After those seminars on the Republic, Divine Comedy, the Republic again, and a few other texts, 3-hour discussions will never be the same for me. They will always be earnest and well-meant imitations of the real thing, of which I caught a glimpse with one of my pedagogical grandfathers, Al Geier. It is with immense gratitude and fondness that I remember him, and the immense impact he had on a decade of Torrey students such as myself, helping us to understand, among other things, the role of leisure in learning.

PS. I would be remiss not to tell a funny story about Al. After several hours of discussion, he asked for a Coke, so I ran down to the machine and got him a can of Coke. He was so focused on the discussion that for the next 10 minutes, he fiddled with the tab, unable to open it, because he could never quite divert enough mental energy to sufficiently attend to the can and open it. Several of us noticed this, and after the third failed (and half-hearted) attempt to open the can, I walked over, opened it for him, and sat down. He acknowledged me with a brief smile of gratitude, and kept leading class. I do not remember whether he ever got around to actually drinking the Coke.