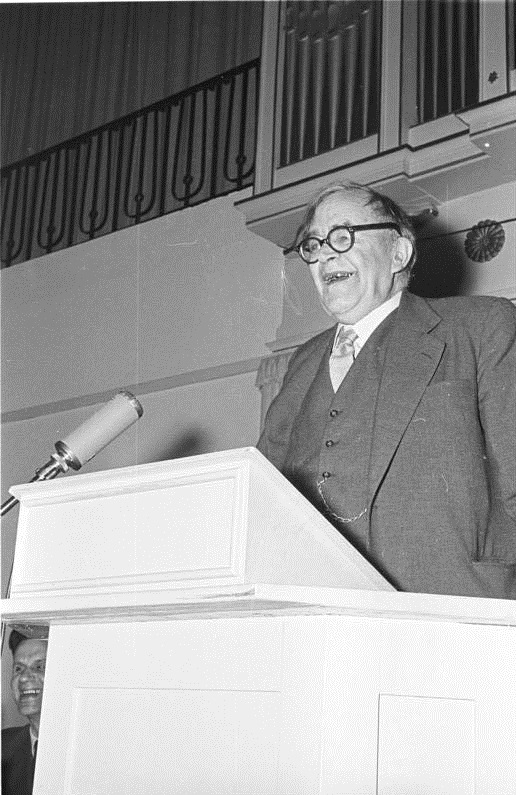 I am an unabashed fan of Karl Barth. I often tell my students that for my money, he is the best theologian in the history of the church. Yes, I am aware that this statement communicates more about me than about him (discussions about who is the best athlete, musician, or theologian are generally less helpful than discussions about the nature and significance of their work), but the point stands—Karl Barth is one of the most significant theologians in the history of the church.

And because I am vocal about my appreciation of Barth’s writings, I am sometimes asked what books of his I would recommend. Of course a great place to start is the 10,000 page Church Dogmatics, but as this can be a bit daunting to the average non-professional theologian, the following is an annotated list of recommendations.

For my money, the most delightful introduction to Barth’s thought is his short little exposition of the Apostles’ Creed. Originally written as a series of lectures to be given in Berlin just after World War II, Barth walks the reader through a brief summary of the Christian faith. The benefit of this approach is that he covers highly familiar material, and because of this, it is easy to see how unusual and creative Barth is being with this material. The feature that emerges most clearly is Barth’s insistence that we think of all Christian doctrine in its relation to Jesus Christ.

For those eager to jump right in to the Church Dogmatics, the place many Barth scholars recommend is volume 4/1, the first part of Barth’s doctrine of reconciliation. Barth at this point of his career exudes a rich and confident depth and originality. Once I read this book, I was sold: Barth was going to be my chief guide into the theological world.

An Introduction to Evangelical Theology

Many find this to be Barth’s most accessible book, and recommend this to as the book of choice to those asking for a good Barth book to read. This is more of an overview of the theological task, and the life that informs it, covering topics such as prayer, wonder, and a range of Christian habits and virtues informing the theological task, among other things.

While Barth can and does write hundreds of pages on individual topics, his essays often provide much shorter and more accessible approaches to this thought. This collection of essays is delightful, covering topics such as the Church, doctrine of Scripture, and Ethics.

Deliverance to the Captives

It was said that you had to commit a crime to hear Barth preach—for he made it a regular habit of preaching in the Basil prison. One can get the impression that theology is something theologians do—something for professionals in their offices, or pastors in their spare time. But theology is the lifeblood of the church, and one of the best ways to get to know a theologian is through their sermons. This delightful collection does just that, introducing us to Barth through his preaching.

A Open Letter to Great Britain from Switzerland

Barth was famously intentional about his political involvement. From his early days as the “Red Pastor,” to his opposition to the Nazi regime and later attack on nuclear armament and the Cold War, Barth consistently sought to proclaim the Gospel and its implications to the issues of his day. One of the profound pieces in this genre of writings is his “Open Letter to Great Britain from Switzerland.” One of the most haunting and powerful insights of this letter is his claim that the Allies are partly culpable for World War II and Hitler’s rise to power, through a false attempt to atone for their wrongs in World War I and the ensuing oppression of Germany in the years that followed.