There are occasional days when I heartily affirm with Randy Newman: ‘I love LA!’ More often, I hate it.

On Tuesday morning I flew back to Los Angeles, with its cars and concrete, 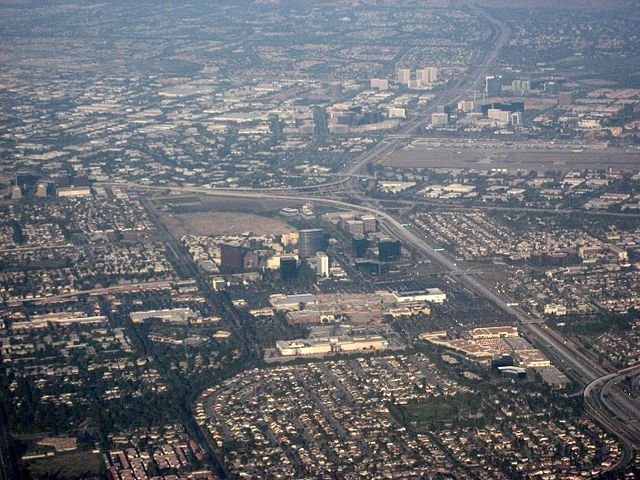 its hurry and hustle and hassle. I had been in the Southeast for two weeks – with good friends in Nashville and Washington, DC, and a long, meandering drive in-between. When I opened my car door late on the night I arrived in Tennessee, I was taken aback by the sounds of crickets and frogs, instead of the trains from back in suburban Orange County. Everything in Tennessee was green. I rode a lawn mower for two hours just to cut my friend’s grass. He had that much grass.

It was even better as I wandered through the small towns of Kentucky and North Carolina. I’ve been reading Wendell Berry for a while, and like most of his readers, I want to live in Port William, Kentucky. Short of that, it seemed a nice idea to drive to unincorporated Henry County, to the town of Port Royal, on which Berry bases Port William. At dusk, I was driving along the river (‘Watch out for the deer’, they told me), basking in the warm light of the end of the day as it shone on abandoned barns and run-down farmhouses. Why can’t I live here?

I’ve begun to realize that I am reading Wendell Berry poorly. To me, his novels have been an escape – a thoughtful, literary escape, of course, a respectable one. Nostalgia for agrarian society is all the rage among us academic types. I am coming to realize, though, that Port William isn’t the romantic utopia that serves as my intellectual equivalent of comfort food. It is a home for a ‘membership’ (Berry’s word) who have to struggle to receive it in gratitude as their home. Port William is to its members as LA is to me.

This is how Port William’s own Hannah Coulter put it near the end of her life:

‘Most people now are looking for “a better place,” which means that a lot of them will end up in a worse one. I think this is what Nathan learned from his time in the army and the war. He saw a lot of places, and he came home. I think he gave up the idea that there is a better place somewhere else. There is no “better place” than this, not in this world. And it is by the place we’ve got, and our love for it and our keeping of it, that this world is joined to Heaven.

‘I think of Art Rowanberry, another one who went to the war and came home and never willingly left again, and I quote him to myself: “Something better! Everybody’s talking about something better. The important thing is to feel good and be proud of what you got, don’t matter if it ain’t nothing but a log pen.”’

Suburban Orange County is a lot more than a log pen; but if I’m honest, the one thing needful, the feeling good and being proud of what I’ve got in this home is one of the more difficult aspects of my life. My impulse is to change, and in this I find I am of a piece with the membership of Orange County. We don’t like something, so we change it, abandon it, throw it away – because the whole point is that we are supposed to be happy.

But what if the whole point is that we are supposed to be holy? (Gary Thomas makes this argument about marriage.) And what if being happy were bound up with being holy? Funny. I’ve been a Christian for thirty years, and I am still convinced that dissatisfaction is only ever to be lamented, that is a problem immediately and at all costs to be solved. The dissatisfying suburbs become thus a place for me to flee, nothing better than a log pen. What if the loving Father wanted to conform me to the image of his Son, to make my holy, by teaching me to love the suburbs?

Dave and Lisa Everitt have referred to Cambodia, where they are missionaries, as Paradise for as long as I can remember. I’ve been there. It’s beautiful in parts, but also filled with the poverty and pain flowing from the atrocities of its recent history. I’ll never forget Dave’s story of enjoying a swimming hole only to realize it was one of a string of perfectly round holes, courtesy of a flurry of bombs.

I don’t think it’d ever occur to me to call Phnom Penh ‘Paradise’. But to Dave and Lisa, it is just that. Not because they’re blind to the difficulty of living far from their loved ones and home culture, or because they have romanticized this corner of the developing world. No, it is Paradise because it is what they have been given by God. I suspect, too, that it is Paradise in faith and hope that what they have received from God cannot but be a paradise. And, I suspect that it has become a paradise over the years of loving, sustained attention they have given to it, as they have come to know and be known by the membership of Cambodia.

The difference is that my friends in Cambodia, and those in Port William, know themselves as bound to a place and, in muddled and inconstant ways, seek to live within the limits of where they have been given. Me, I keep thinking of greener grass – of anywhere but the suburbs. On this point, I think I am wrong. I disagree with myself. I repent. Flannery O’Connor was right: ‘Somewhere is better than anywhere.’