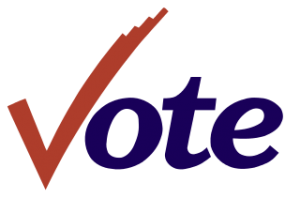 A better web researcher could probably track the meme. Who made the first list of recommendations which was reversed by their evil opposite? How many steps back does the double-negative trick go? What if there is no beginning point, and the whole “vote the opposite” mirroring trend is an infinite regress? Is it possible that there’s no original action, just reaction all the way down? Whoa dude, that could be in the next Matrix movie.

“Man is a political animal,” said Aristotle, and in our media-saturated bestiary there are some critters whose habitat is chatterati TV and whose steady diet is news analysis served hot off the news cycle. And what’s the news cycle down to these days, about seven minutes? At the other extreme are people whose actions defy Aristotle’s claim, who don’t even manage the bare minimum of democratic participation, voting.

I’ve tried to stay sane and reasonable about politics by alternating between seasons of engagement and seasons of withdrawal. Now that I’ve voted (and then scrubbed my hands as clean as I can get them) for another round, I’m looking forward to fasting from political analysis for a while (after the returns come in tonight, of course). Voting responsibly (in California at least) is like adding a part-time job for the week leading up to the election.

This year I discovered the best reason for voting early by absentee ballot. It lets you get the political binge out of your system before the media enters its pre-election zone of maximum irresponsibility. For at least three weeks before election day, reporters seem unable to report without editorializing about the effect of their own report on the coming election. Gas prices go up: that will swing the election! Somebody gave John Kerry a microphone, the Republicans are going to stay in power forever! Saddam is sentenced, that’s good for Bush! It’s kind of hot today, the Democrats will take the House! Rush Limbaugh insulted Michael J. Fox, the court of appeals is shaken! Madonna is adopting a kid, impeachment is imminent! These are not buried in the editorial speculations of the opinion page, but built into the headlines.