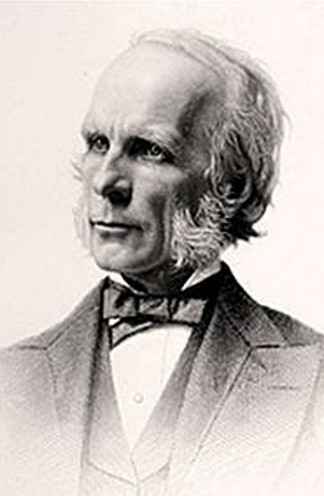 WGT Shedd’s discussion of the Trinity in his Dogmatic Theology (Gomes edition, of course!) is vigorous and pointed. Shedd drops a few locutions odd and angular enough to blanch a scholastic. Try this one: “Divine nature energizes internally from eternity to eternity in two distinct manners….” But those are fairly rare, and are an acceptable byproduct of a mind like Shedd’s: rehearsing the tradition but restless to find new ways of putting things, with the ancient languages always rumbling around in the back of his head somewhere (how else would he come up with an intransitive use of “to energize?”). Page after page, Shedd’s cast of mind delivers striking rearticulations of Christian doctrine.

He divides his treatment of the trinitarian persons into two sections: the nota internae (“internal marks or characteristics,” glosses Gomes) by which they are distinguished, and the nota externae. It’s a wise ordering: the internal marks are the ones that belong to the divine essence, or rather that constitute the divine essence. They are “immanent and constitutional.” The external marks, by contrast, are freely chosen divine actions: creation, redemption, inspiration, etc. Most of the work of trinitarian theology proper has to do with the internal marks, while a full discussion of the external marks would occupy almost the remainder of a theological system (being everything the Trinity does). To answer the question “how is the Father a distinct person from the Son,” the theologian has to attend to the nota internae; without them the nota externae are inadequate (external works of the Trinity being undivided, though legitimately appropriated to one of the three for purposes of deeper insight).

The internal marks are the generation of the Son and the Spiration of the Spirit. On pages 244-245, Shedd has a three-point summary of the biblical case for these nota internae, well worth studying. But after that survey, he devotes two fine paragraphs to a brief defense of the theological concepts of begetting and spiration. “Some trinitarians,” he says, “have attempted to hold the doctrine of the Trinity while denying eternal generation, spiration, and procession.” These theologians want to stick to the revealed names Father, Son, and Spirit, but to stop there.

They concede that there are three eternal persons in the Godhead, denominated in Scripture Father, Son, and Spirit, but contend that to go beyond this and affirm such acts in the Godhead as generation and spiration is to go beyond the record. They reject, or at least doubt, this feature in Nicene trinitarianism.

Shedd, however, champions the Nicene way of talking about these matters. He makes the case that if you say “Father and Son,” you’ve practically said “begetting” already, because “begetting” is just a way of unpacking or elaborating the content already contained in the revealed name “Son.” Therefore to stop at “Father and Son” language “is inconsistent.”

These trinal names Father, Son, and Spirit, given to God in Scripture, force upon the theologian the ideas of paternity, filiation, spiration, and procession. He cannot reflect upon the implication of these names without forming these ideas and finding himself necessitated to concede their literal validity and objective reality. He cannot say with Scripture that the first person is the Father and then deny or doubt that he “fathers.” He cannot say that the second person is the Son and then deny or doubt that he is “begotten.” He cannot say that the third person is the Spirit and then deny or doubt that he “proceeds” by “spiration” (Spirit because spirated) from the Father and Son. Whoever accepts the nouns Father, Son, and Spirit as conveying absolute truth must accept also the corresponding adjectives and predicates—beget and begotten, spirate and proceed—as conveying absolute truth.

For some theologians who want to stay close to the language of Scripture, the terminology of begetting and spirating sounds suspiciously like more than the Bible says. Let’s admit that it is more. But how much more? Shedd says it is “forced upon” the theologian; that theology is “necessitated to concede” their truth. In fact, all the “begetting” language is just the translation of the nouns of revelation into the “corresponding adjectives and predicates” of theological understanding. The Father gives his Son: that is to say that the Father who fathers the Son and is passively sonned by that Son, gives the Son, who is passively sonned by the Father who actively fathers him. Not especially pretty, that sentence. But it’s also not much more than milking the nouns for all they’ve got.

How much more do we know about the Trinity when we’ve affirmed, with the great tradition, the begetting of the Son and the spiration of the Spirit? Not much more, according to a minimizing read of Shedd’s unpacking. The myster is still precisely where we left it: “Respecting the meaning of the terms generation and spiration, filiation and procession, little can be said, because inspiration has given but few data.”

Little can be said. But a lot more than nothing, because inspiration has given some data in giving us the names of the persons.

(Thanks to Matt Jones for encouragement and some timely quotes!)