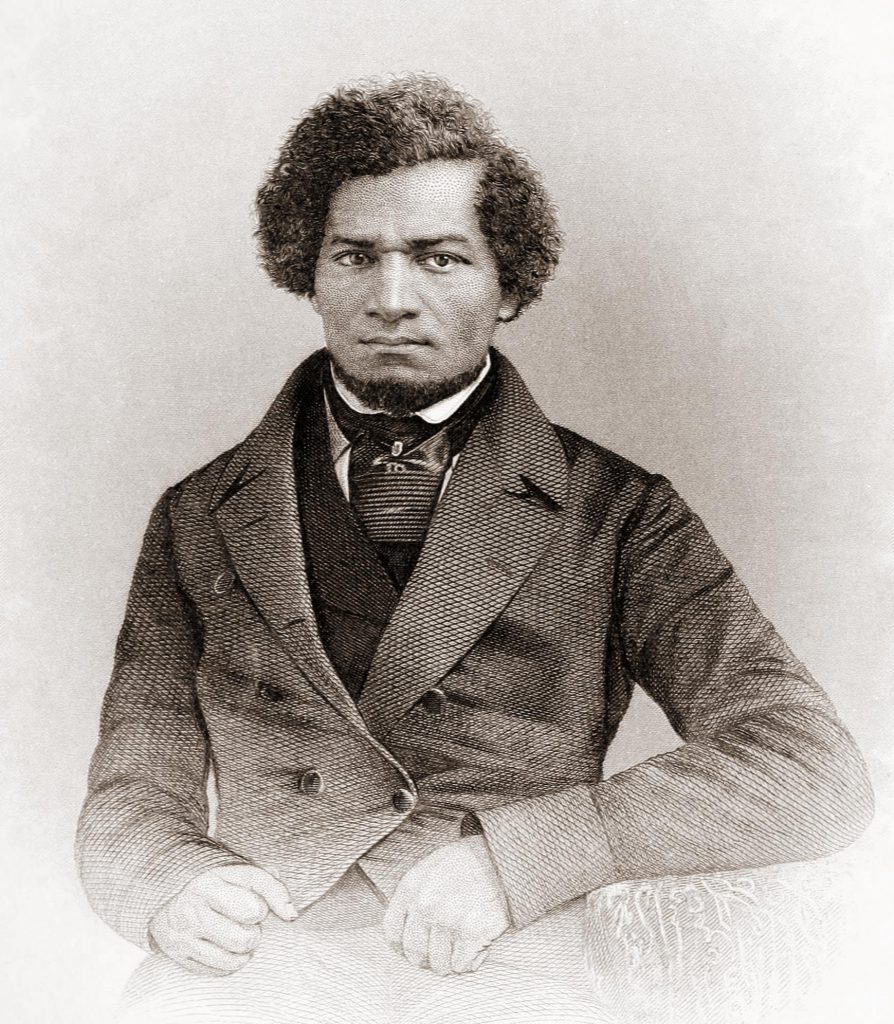 I’ve just finished reading the Narrative of the Life of Frederick Douglass, an American Slave. Our seniors read it in the Torrey Honors Institute as part of a semester of books on America. Douglass’ is one of hundreds of slave narratives, narratives which played a key role in the abolition movement and offer a movingly understated testimony to the inhumanity and ironies of slavery. As one New England minister suggested in the 1840s, they may also represent the first distinctly American literary genre.

In Douglass’ account of his life under slavery, we have something of a Bildungsroman – a story of moral education and development. As he writes, ‘You have seen how a man was made a slave; you shall see how a slave was made a man.’ This, of course, is a particularly poignant progression into manhood. Wrested from his mother as an infant, Douglass saw her four or five times before her early death, and that only at night. His paternity remained a mystery; his father was white, with whispers that his master may have been his father.

That suggestion of a ‘double relation of master and father’ is enough to complicate any matters of emergence into manhood. Then, too, you have what Douglass came to recognize as the systemic need to keep slaves in bestial ignorance if they were to remain submissive and productive. Where a father might pass the torch to his son, a master is committed – and financially motivated – to snuff the torch of manhood out.

Consider the basic skills of literacy — learning to read and write. At seven, Douglass moved to the big city, to a Baltimore cleaner and friendlier than any place he had known. There, in the mistress of the house, he met Sophia Auld, who was ‘entirely unlike any other white woman I had ever seen. I could not approach her as I was accustomed to approach other white ladies. My early instruction was all out of place. The crouching servility, usually so acceptable a quality in a slave, did not answer when manifested toward her. Her favor was not gained by it; she seemed to be disturbed by it. She did not deem it impudent or unmannerly for a slave to look her in the face.’

‘If you give a n****r an inch, he will take an ell. A n****er should know nothing but to obey his master – to do as he is told to do. Learning would spoil the best n**** in the world. Now, if you teach that n****er how to read, there would be no keeping him. It would forever unfit him to be a slave. He would at once become unmanageable, and of no value to his master. As to himself, it could do him no good, but a great deal of harm. It would make him discontented and unhappy.’

Turns out Mr. Auld was absolutely right. Learning to read did forever unfit Douglass to be a slave. But – and here Auld was also right –literacy initially unsettled Douglass: ‘I would at times feel that learning to read had been a curse rather than a blessing. It had given me a view of my wretched condition, without the remedy. It opened my eyes to the horrible pit, but to no ladder upon which to get out. In moments of agony, I envied my fellow-slaves for their stupidity. I have often wished myself a beast. I preferred the condition of the meanest reptile to my own. Any thing, no matter what, to get rid of thinking!’

Still, as Douglass writes, Auld’s tirade ‘called into existence an entirely new train of thought. It was a new and special revelation, explaining dark and mysterious things’ – and from then on, ‘I understood the pathway from slavery to freedom.’

If you want to know how the slave was made a man, so Douglass, pay attention to when he learned to read and write. We tend to take these basic literacy skills for granted in what is a richly texture process of development. We go to school for years, seek out experiential education, move from mentor to mentor in the midst of an embarrassment of enriching and ennobling riches. So what is it about simply reading and writing that gave Douglass a vision of freedom and fueled his journey there?

In part, it was what he read. One early book, The Columbian Orator, saw a slave out-think and out-argue his master, to the point where his master voluntarily emancipated the slave. Once Douglass had made it safely to Massachusetts, it was a subscription to a paper called the ‘Liberator’ that ‘became my meat and drink. My soul was set all on fire.’ From here he became a trumpet of the abolitionist movement.

Perhaps, too, it was in simply doing something other than physical labor that Douglass remembered he was not the mere beast the system made him out to be. He could think, take delight in thinking, even teach others to think. It wasn’t long before he ran a Sunday school and a three-nights-a-week evening school for slaves wanting to learn to read and write.

A moving example of the achievements of literacy comes when Douglass is able to forge ‘protections’ claiming permission for a group of would-be fugitive slaves to leave the plantation and go to the city for the Easter holiday.

A fine tribute to the subterranean power of basic literacy skills, this. It heartens me in the midst of the humdrum of walking my students through effective reading comprehension and paper-writing, and reminds me that at least part of what makes the man (or woman) is a patient attention to the rudiments of learning and the seemingly irrelevant ideas of books. It reminds me, too, of the delight and danger of reading – a delight to those who learn to follows words over a page and a danger to those who would dictate the direction of young minds. When I teach someone to read, I invite them to think a new thought – new to them, yes, but also new to me.