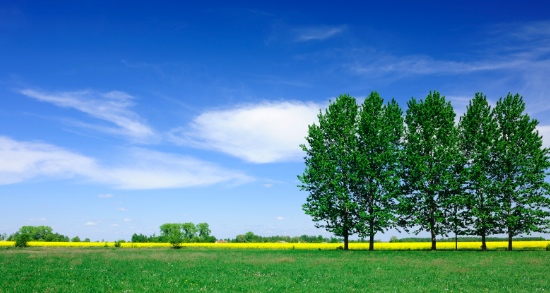 Though it lacks a handy technical name, though, the doctrine about the first person of the Trinity, God the Father, is a distinct and important area of theology. He’s not God-in-general, and he’s not God the Son nor God the Spirit. He is the Father. What specific content does the doctrine of God the Father have?

Most of what should be said in a doctrine of God the Father is positive. There is a large amount of biblical revelation about him, if you approach Scripture with an open mind and a few of the right questions. As John Owen points out in the first part of his great book of evangelical trinitarian spirituality, Communion with God, when you search through the New Testament to gather up the concepts that are associated with the first person of the Trinity, one key idea stands out as the most frequently occurring: love. Owen says that love is the thing “wherein peculiarly and eminently the saints have communion with the Father… free, undeserved, and eternal love.” This is what Christians should think of first when they think of the Father, “this they are immediately to eye in him.” (Read Owen on this subject in this short section of Communion with God.)

God the Father is the one who loves us. Notice that the key idea is not wrath or justice, not even discipline or provision, though these are the associations that spring to mind for many of us. Those associations are present in Scripture, but towering above them is the main message about the Father that the New Testament teaches:  that it is God the Father who takes the lead in loving his people. This is a far cry from the angry-Father-friendly-Jesus caricature.

Once you pick up the trail of this New Testament doctrine of God the Father, you’ll start to see it everywhere. It can improve your approach to prayer immediately if you draw together some of the key passages about the Father, meditate on them, and make them your own.

But in addition to the wonderful, positive task of developing a doctrine of God the Father, there is also some important negative work to be done. What I mean is that there are misunderstandings of the doctrine already playing in our minds and in popular understanding, and these need to be confronted and corrected. Our main problem in the doctrine of the Father is the problem of neglect and under-development of the biblical resources, but we also have a problem of entrenched misunderstandings and false teachings.

A perennial false teaching in this field is the supposition that God is the universal father of all people, or that his status as creator of all constitutes him as father of all. The falseness of the notion of God’s universal fatherhood can be demonstrated several ways, including verse-to-verse combat and the stacking up of evidence.

But a more elegant proof is to focus on the doctrine of salvation as adoption. The logic of adoption is that you go from not being a child of God, to being a child of God. If believers are now adopted sons of God, then they must not have been God’s sons before; they must  not have had God the Father as their father. Believers are sons of God because they are included in Christ, the eternal Son who become the incarnate Son and carried away the burden of sin of those whom he was not ashamed to call brothers, so that he could become the firstborn among many brothers.

That redemptive adoption makes God our Father. It puts us in Christ, and makes his Father our Father. That’s what salvation is about: in the gospel, we have God as our Father.

Unless we keep this fact about salvation in mind, we tend to let the phrase “God the Father” be filled in by other ideas. The other idea that has often intruded itself here is an idea about creation. All things come from God; God is the universal creator of all.  There is some sense in which, coming from God and deriving their origin from him, all creatures can be said to have God as a sort of source or ancestor or parent. That would be a metaphorical way of talking about the creator-creation relationship, as if I said that I fathered this blog post or that every paragraph is one of my babies. You would immediately see that I was not speaking literally (or in that case even very seriously), but that I was indulging in some metaphorical stretching.

The Bible knows all about it. In fact, Paul even says “we are all his offspring,” talking to Athenian pagans and quoting one of their own poets approvingly. If this is not a declaration of God’s universal fatherhood, what is it?

It’s a metaphorical extension of the fact that God is the source of everybody. Every creature stands in a sort of father-like relationship to their creator. That’s a great point of contact when talking with non-Christians, but it’s vastly different from recognizing the saving Fatherhood of God.

And look at the word Paul uses: “offspring.” It’s not “sons” or “children” or anything familial like that, but a word you might use for people groups. What if I told you I had two wonderful offspring? Two offspring who sprung off me. You’d think I was weird father.

Now think about what somebody is saying if they want to claim that God is the father of everybody. They are willing to accept this creator-creature relationship, apply the name of fatherhood to it by metaphorical extension, and settle for that as having God for their father.

But a source is not a father. A source is a progenitor, a cause of my existence. That’s not a father. Let me put this delicately. All of us have male progenitors. Some of you may have never met your male progenitor.  He may have contributed his genetic bit to your production, but be absent from your life as a personal reality of household existence. That is not what fatherhood means in the New Testament; that is absolutely not what the theological notion of God as Father is pointing to. When we have the Father of Jesus Christ as our Father, when we are adopted to be his sons and daughters because of the propitiation in Christ, we are brought into an interpersonal relationship of intimacy, trust, commitment, covenant, provision… he is  our Father and we are his beloved children, chosen in Christ to be holy and blameless before him, to take on the family likeness, to be sons in the Son. That’s the good news of the saving Fatherhood of God.

Don’t settle for God as a progenitor. Take him as your Father, by taking Jesus Christ as your Savior. Too many people with half-Christian presuppositions reject the personal intimacy of having God as their Father, and want to settle for God as progenitor. Too many people reject the personal presence of the true Holy Spirit who is the lord and giver of life, and settle for a cosmic force they call the spirit, which they think makes them spiritual. Too many people reject Jesus as savior while still acknowledging him as a role model, settling for a pattern. Settling for less in these three ways is the same, single problem: dodging the salvation that is fellowship with the Father, Son, and Holy Spirit.