File this under “weird books I have encountered.” Erasmus Addlepate’s 1940 How to Read Two Books: 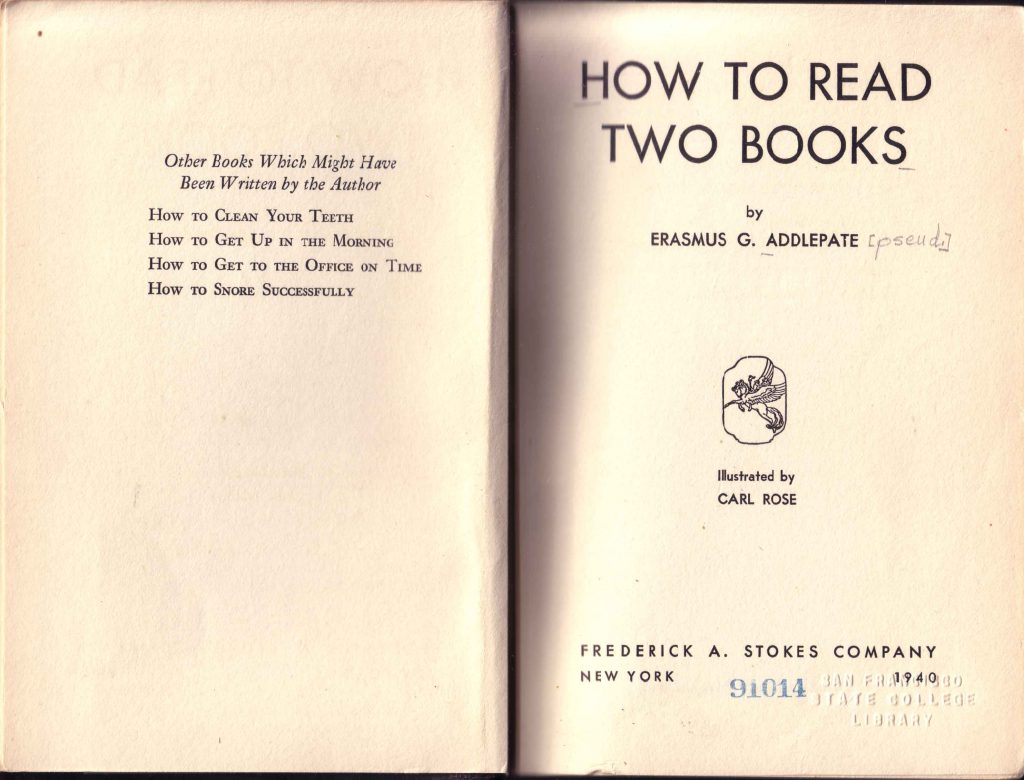 It’s obviously a spoof of Mortimer Adler’s How to Read a Book. You can tell from Addlepate’s supposed other books like How to Get Up int he Morning that he’s mocking the “Let me tell you how this is done” tone of Adler’s work.

And since even fans of Adler’s work ought to be able to admit that there’s a bloviating, unflappable Yankee-know-how attitude that comes across in How to Read a Book, a good satire should be welcome, especially if it gets the tone of voice right.

There’s some of that: Chapter 1 opens:

This is a book for readers who cannot think. By this I do not mean those who may not be able to think after they have finished reading this book but those who cannot think at the present time. It is requested that no thinking be done, no judgments passed until reaching Chapter V, by which time rules for proper thinking will have been presented. 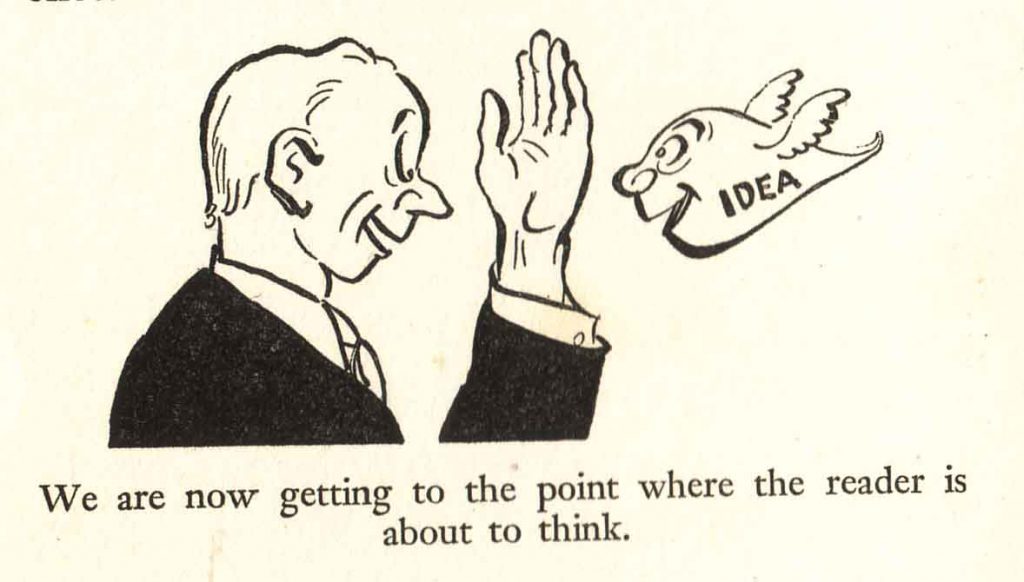 And one of Addlepate’s most direct nods to Adler also works:

A good deal of spade work has been done on the problem of how to read a book and hence the need is now apparent for carrying the study further on how to read two books, or indeed more, as the capacity of the reader develops. I would not, however, wish to cast a slur on one-book men. Most persons in the United States have read at least one book. Sometimes this is fiction, which does not count, but may perhaps be dealt with in a separate chapter.

As for whether a reader should stop at two, Addlepate is uncertain. He is generally against it for the average person, but does acknowledge that there are benefits to reading more than two books:

St. John’s College, I understand, is a 100-book school whereas Harvard Library is a four-million-book place. The difference is that at St. John’s they read them. The student reads 99 volumes and nothing happens, and when he has finished the 100th, presto! he is an educated man.

How to Read Two Books is a funny idea with some very funny pages, but unfortunately it’s an entire book. As satire, it lacks consistency. Addlepate doesn’t really capture Adler’s voice for more than a few lines at a time. In between those bursts of successful mimicry, Addlepate wanders off into meandering stories about people he has known, some of them Famous and Well Thought Of. It’s funny, but it’s not quite Adler.

It does feature some wonderfully stylish cartoons by Carl Rose, most famous for his classic “I say it’s spinach” New Yorker cartoon. Some of these cartoons don’t quite illustrate anything in the book, but are nice in their own right: 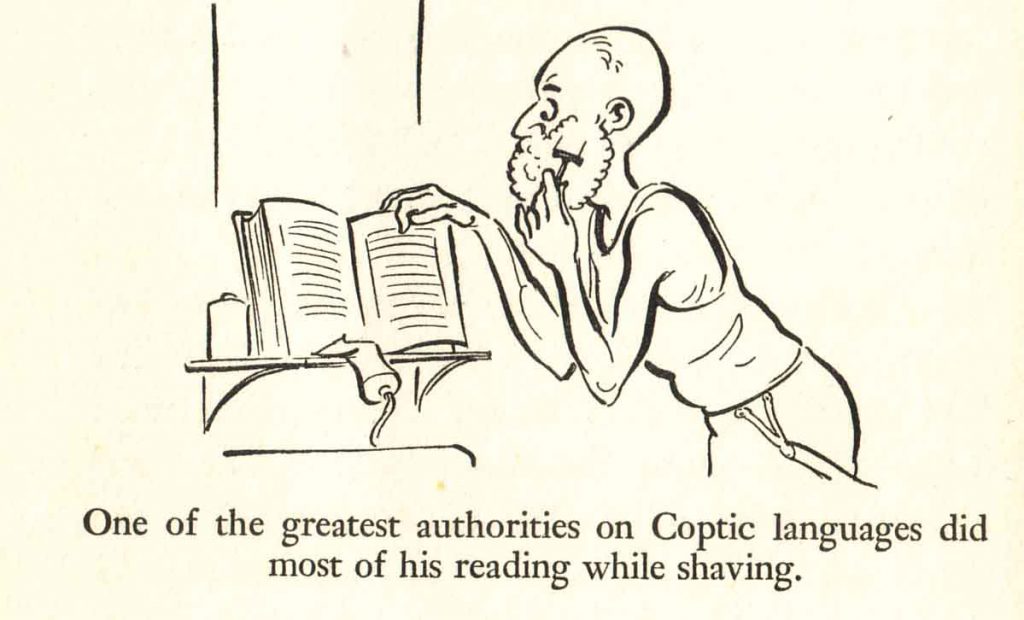 And some are just odd: 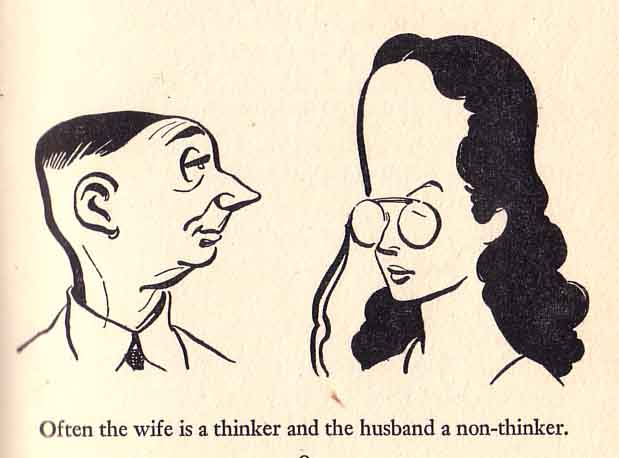