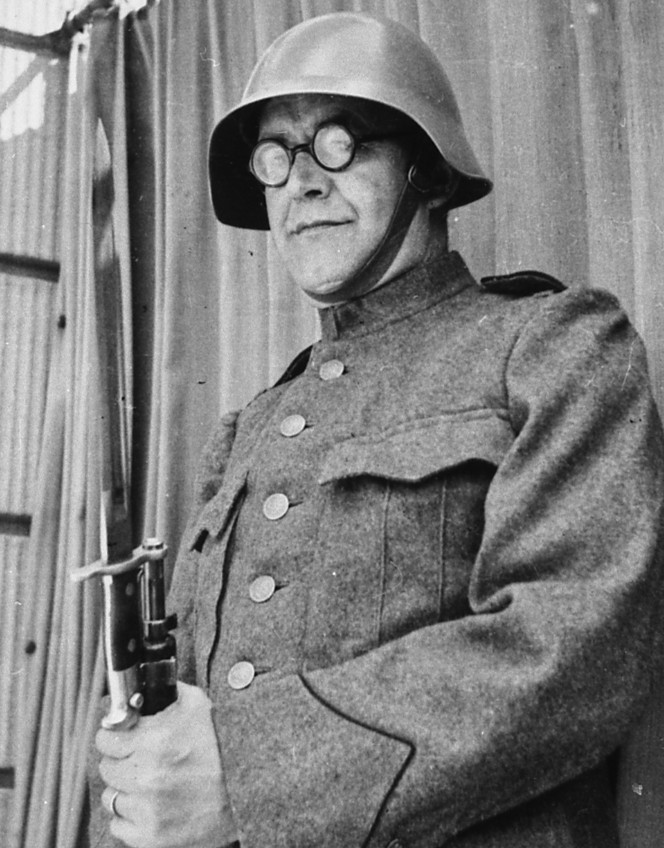 Theologian Karl Barth was teaching Christian doctrine in the University of Bonn in 1934 when the word went out that all civil servants had to take an oath of loyalty to Hitler. That is, not a pledge of allegiance to the flag; not a promise to support the constitution or to obey the laws; but a new kind of oath: a personal oath of loyalty to the Führer. Hitler had recently consolidated the offices of Chancellor and President, making him a new kind of leader.

The text of that oath was “I swear: I will be faithful and obedient to the leader of the German empire and people, Adolf Hitler, to observe the law, and to conscientiously fulfill my official duties, so help me God!”

Barth had already wrangled with the authorities a few months earlier over his refusal to begin every class session with the expected “Heil Hitler” salute. At that time he had explained that his custom was to start every class session with a prayer, which made each theology lecture something like a church service, where a political gesture would be inappropriate (See Busch’s Big Barth Bio, p. 242).

By the time the personal loyalty oath came around, it was starting to become clear to this Swiss theologian that it was only a matter of time before he would have to leave Germany and return to Switzerland. But he wanted to put it off as long as possible. So he offered to take the oath, as long as he could add the stipulation that he “could be loyal to the Fuhrer only within his responsibilities as an evangelical Christian.” That’s all.

But within a couple of weeks he was suspended from teaching, and a few days after that he was summoned before a tribunal. He was told by a state prosecutor that it should have gone without saying “that the Führer did not require anything that was against God’s commandment.” I suppose you could take that two ways. Optimistically, the prosecutor might have been conceding that the oath was in fact subordinate to divine authority, so it had a concession built in to it. Pessimistically, it might mean that Hitler and God couldn’t disagree because Hitler is the official voice of God on earth in this generation.

Several German theology professors were able to infer the optimistic possibility. Barth himself attempted to have the charges against him dismissed on those grounds. But it was too late for Barth; he had already made his position too clear by stipulating the exception. As the court case developed, the prosecutor argued that “the mere fact that the thought of this qualification had come to his mind proved that his attitude to the National Socialist state was incorrect, so he could not continue to be a teacher of German youth.” (Busch, 257-8)

So it was back to Switzerland for Barth, as he pursued a kind of theological equivalent to the famous Swiss armed neutrality. He would have plenty to say against the National Socialist party from his perch in Basel. But what really offended the totalitarian state, before he launched any of his actual critiques,  was the very idea, the mere fact, the occurrence of the thought, that there might be a difference between the rule of the state and the will of God. It was well on its way to becoming the kind of state that refused to put up with a rival.