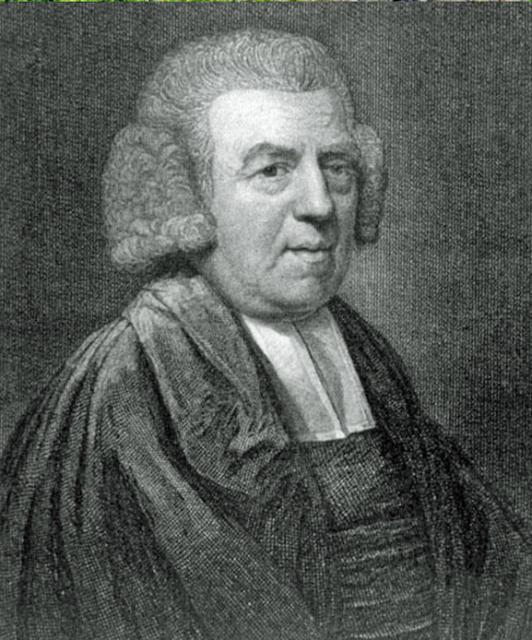 March 21, 1748 is the day that John Newton (1725-1807) would look back on and commemorate for the rest of his life as the beginning of his conversion. But it wasn’t much of a conversion, in some ways: He was pumping water out of a storm-damaged ship somewhere in the Atlantic and expecting to die any minute. Somebody suggested making another desperate attempt to patch up the damaged hull of the ship, and Newton, who was swearing like a sailor as usual, said, “If this will not do, the Lord have mercy on us.”

“I was instantly struck by my own words. This was the first desire I had breathed for mercy for many years.”

Newton survived, and cleaned up his life a bit. He stopped swearing so blasphemously, started reading the Bible, and even started to pray (his mother had taught him to pray before she died when he was seven). But by his own admission, he didn’t come to know Christ or understand the gospel for some time. This is the man who would teach the world to sing about God’s amazing grace, preach 50 sermons on the text of Handel’s Messiah, and accomplish so much solid Christian ministry from his pastorate at Olney. Half-drowned in the middle of the ocean, he yelled “Lord have mercy” and surprised even himself that such words would come out of his mouth.

As poor a beginning as it was, it was a real beginning. Newton commemorated it for the rest of his life as his “great turning day” toward God. He observed the anniversary of this day along with his birthday, his call to the ministry, his wedding day, and New Year’s. These were all days he marked with special prayers, spiritual stock-taking, and resolutions when appropriate.

Because of the popularity of the hymn Amazing Grace, Newton’s conversion and slave-trading and hymn-writing have all been subject to a lot of myth-making and urban evangelegends: that he wrote Amazing Grace during a storm, or that he was captain of a slave-ship but turned it around and sailed it back when he got saved, or something else super dramatic. The real story’s a little dull and a little unclear. Newton began to turn, and the grace of God eventually did its work on him. It was a long time before he figured out how bad slavery was in principle, and began to repent for his own role in it. The closer he got to God, the more he understood how bad he had been. It didn’t all happen in a flash, but it did happen. And it started when he yelled “Lord have mercy” in a storm, not even comprehending what he was saying.