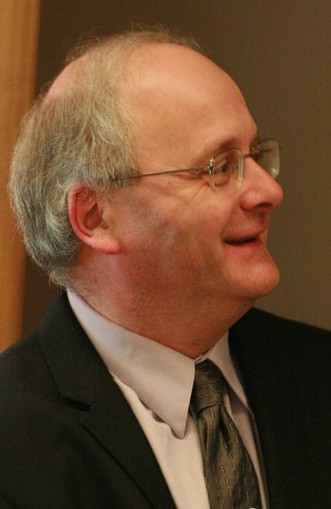 John Webster has been writing about the doctrine of creation recently, here an essay and there an essay. Much of this work will be gathered in God Without Measure, vol. 1, which should appear in hardcover early this summer and will be well worth the arm and leg it will cost.

(This from “‘Love is Also a Lover of Life:’ Creatio ex nihilo and Creaturely Goodness,” in the April 2013 Soskice-edited theme issue of Modern Theology.) Start with the doctrine of God, he says, and only then move on to the description of the act of creating, and then, finally, to the creatures. That is indeed how to keep theology theological. A lot of modern theology has preferred to start its work on creation with step 3, the creatures rather than the creator. That rush to creatures so inverts the proper sequential structure of the subject matter that it deserves the withering Websterian judgment: “disordered.”

In another one of his recent creation essays (“Non ex aequo: God’s Relation to Creatures,” found in the Paul Fiddes festschrift Within the Love of God), Webster goes further than naming the symptoms of the disorder; he identifies its cause. The problem is the idea that God and the world are somehow a dyad, a pair of concepts that go together and should be handled symmetrically. It seems self-evident to many theologians that God and the world have a mutually conditioning relationship, a “real relation” in the scholastic sense, one that runs both directions and means that each term needs the other.

The world without God wouldn’t be itself; and (we naturally tend to say) God without the world wouldn’t be himself. But that second part is what must be denied. So Thomas Aquinas and others said that the God-world relation was a mixed one: the world stands in a real (constitutive) relation to God, but God in a “relation of reason” to world.

Webster’s project in the essay is to rehabilitate a conviction which Thomas Aquinas stated classically, but which has come through a phase of unpopularity. He does it well, sharing numerous insights that could only have emerged from a patient elaboration of the doctrine of God’s inherent perfection: “Precisely because God’s relation to created things has no effect on the divine integrity, it is the outward enactment of his goodness.”

And what jumped out at me in this essay is Webster’s recommendation for what it will take for theologians to escape from a mindset which compromises God’s assymetrical lordship, a sovereignty not just over the world but even over his relation to the world he created ex nihilo. What is required, Webster says, is

the presence of a range of moral and spiritual dispositions on the part of inquirers which put them in the frame to regard this teaching with complacency. Further, understanding this part (and some other parts) of Christian teaching necessitates struggle to attain freedom from some constraints of metaphysical and religious custom. Most of all it requires the ordering of theological intelligence and spiritual appetite away from a conception of the Christian faith in which the phenomenon of God’s engagement with creatures in time is considered id quo maius cogitari nequit –a conception so widely shared by dogmaticians and exegetes as to be largely invisible, yet one whose possession of the chief elements of divine instruction is insecure.

This is one of those marvelous Webster passages that just keeps on giving out new insights as you linger over it. Stylistically it may strike a reader as unduly complex and indirect. But Webster is an author who can write as straightforwardly as anybody, so when he opts for obliqueness it’s because he intends to let the argument emerge in due course.

Here is my extended paraphrase of what I hear in the passage, a paraphrase which may veer off into ideas sparked in my own mind by Webster’s words but not directly attributable to him:

What theologians need now is to learn how to learn from God. What is making us unteachable is ourselves, a whole set of habits and tendencies that make us too mentally restless to take in the truth about God and ourselves. And these unruly dispositions that keep us from learning are not just intellectual habits: they are moral and spiritual postures. To be instructed by God about who we are as creatures, we need these dispositions to be killed in us and replaced by a whole range of new dispositions, ones that show us to be teachable. Where we now tend to be hostile to the truth about our creatureliness, we must learn how to rejoice in that truth, and to be pleased with learning it from God.

It won’t be easy to break free from the theological culture that resists this Christian instruction about what it is to be a creature. It will require struggle, new discipline, and a strong desire to be free to hear God’s truth. The constraining power of our deeply established philosophical and religious culture has all of us in its grip. What we have to do is turn our attention toward God for his own sake, and to do that in striking contradiction to our own mental habits and hungers. The theological culture we inhabit considers that the greatest imaginable thing to focus attention on is God’s ways with the world. In a parody of Anselm’s thought, modern theological culture thinks of God’s engagement with creatures in history as “that than which nothing greater can be conceived.” Everywhere you look in theology and biblical studies, this over-estimation of “God for us” is at work. It’s the presupposition of almost every Bible commentary and the foregone conclusion of almost every theology book. It’s hard even to conceive of an alternative to it.

But we have to. Because that way of thinking cannot grasp the truth about the relationship between God and creation. And it misses the real meaning of most of the other important doctrines as well.

Later in the same essay, Webster gets off this zinger: “Modern Christian dogmatics (if the portmanteau term be allowed) manifests a certain disorder or misalignment generated by excessive attention to the divine economy.” Which is as much as to say, “modern…dogmatics” is an oxymoron. And it has forgotten how to be about God.